There will be no horse races on Sunday, June 27, at Emerald Downs due to the expected high temperatures in western Washington. 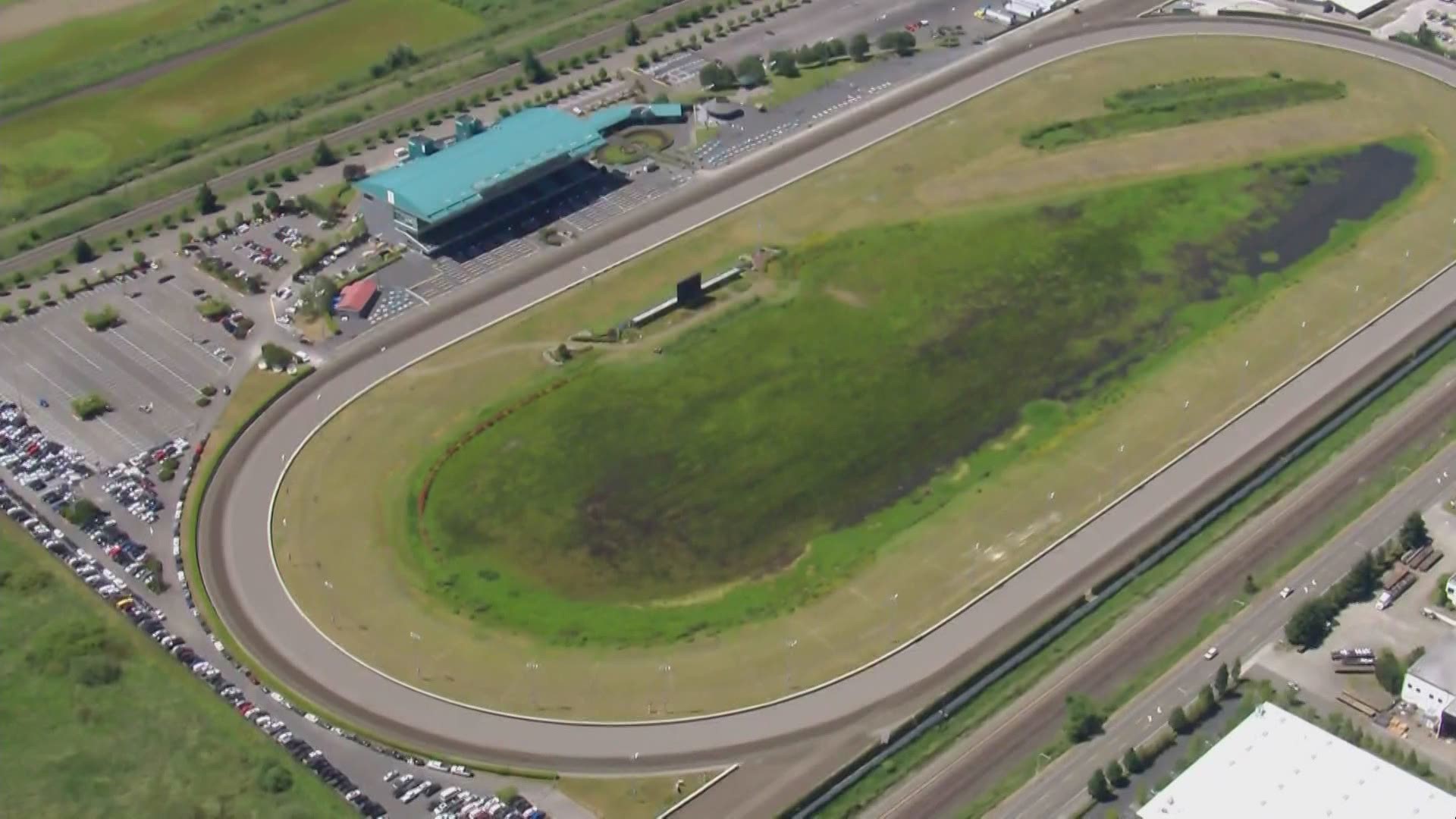 AUBURN, Wash. — Emerald Downs in Auburn is canceling races for this Sunday due to the anticipated extreme heat in western Washington.

Planned races will go on as normal Wednesday and Thursday evening, but officials at the race track said there will be no racing Sunday, June 27.

The forecast as of Wednesday for areas around Seattle and Olympia is for highs in the 90s to near 100 degrees, according to the National Weather Service (NWS).

Temperatures around Puget Sound could be "potentially dangerous" this weekend.

The forecast will be refined as the weekend draws closer.

An Excessive Heat Watch will go into effect Friday into early next week. On Friday, there will be a "moderate risk" for those sensitive to heat. Saturday through Monday there will be "high risk" for sensitive populations and those without effective cooling and/or adequate hydration.

The NWS said to plan ahead and be aware of the upcoming conditions.