WWII veteran Lauren Bruner, 98, died in September. He was one of the last remaining survivors of the USS Arizona. 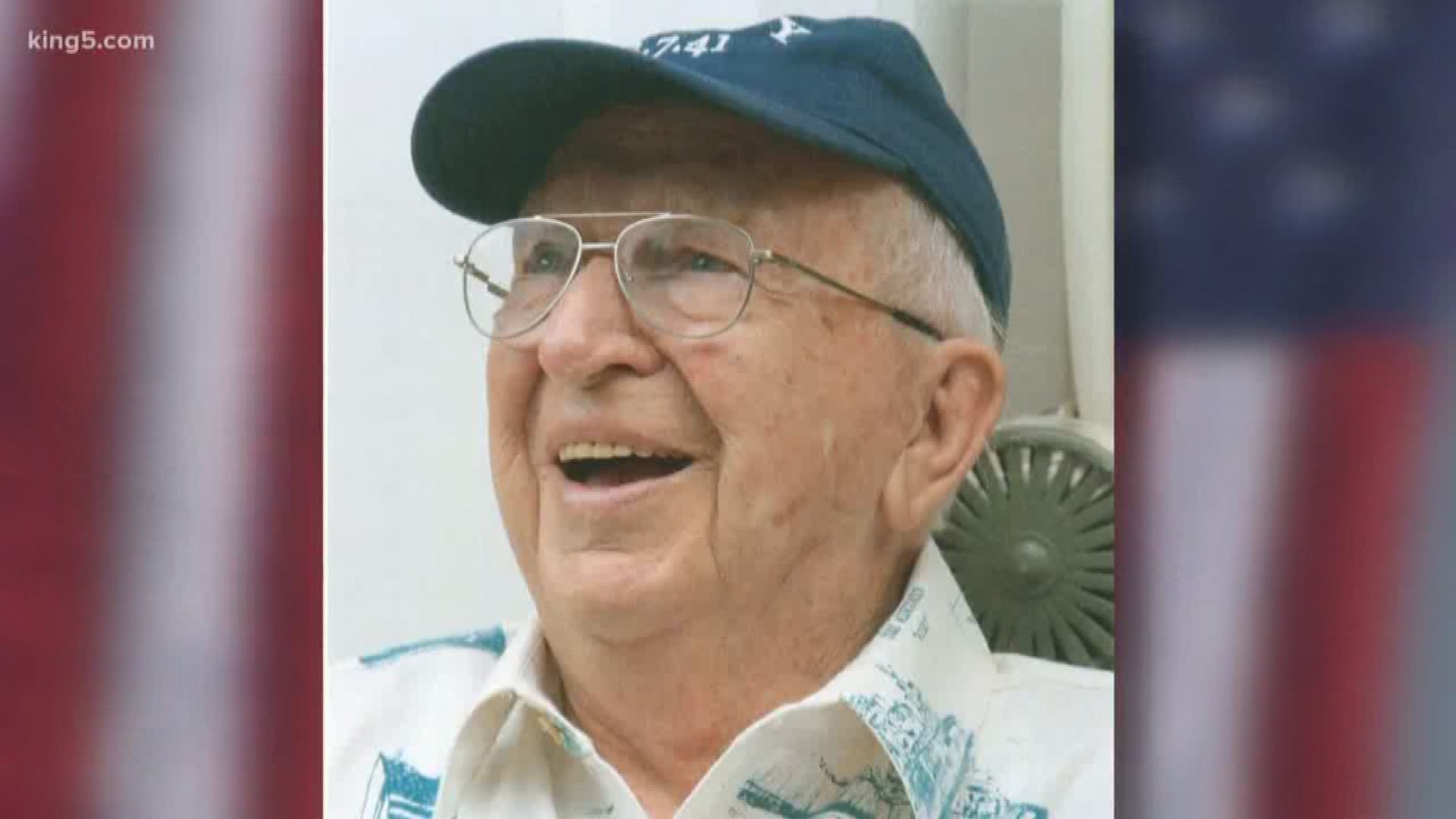 ELMA, Wash. — Elma’s Veterans Day parade had no mention of Lauren Bruner, but Bruner was on the mind of parade organizer Bill Wickwire.

He was one of the last remaining survivors of the USS Arizona, the US Navy battleship sunk by the Japanese in Pearl Harbor on December 7, 1941.

Bruner was shot during the attack and suffered burns over 70% of his body that morning.

Bruner was 21 on the day of the attack. He and four others reportedly pulled themselves out of the Arizona along a rope that was connected to another ship.

“I asked him, ‘How’d you do it?’ He looked at me and said, ‘There was no choice,’” said Wickwire, who had an uncle who died in the Pearl Harbor attack.

He considered Bruner his second uncle.

With Bruner's passing, only three Arizona survivors reportedly are still alive. According to Stars and Stripes, those survivors are Don Stratton, 97; Lou Conter, 98; and Ken Potts, 98.

Bruner's ashes will reportedly be spread on the USS Arizona on the anniversary of the Pearl Harbor attacks this year.

Wickwire visited Pearl Harbor with Bruner and got the Elma native to return to his hometown to speak to high school students and take part in the 2013 Veterans Day parade.

Wickwire hopes people in Elma remember Bruner’s service and the lessons his service should pass on.

Credit: (AP Photo/Reed Saxon)
In this Thursday, Nov. 17, 2016 photo, Lauren Bruner, one of five remaining survivors of the USS Arizona which was attacked on Dec. 7, 1941, holds with a 1940 photo of himself, at his home in La Mirada, Calif. Bruner was getting ready for church when the alarm on his battleship sounded.

RELATED: Why is Veterans Day celebrated on November 11?