Washington state law requires elevators and escalators to be inspected annually, but an investigation discovered that isn’t happening. 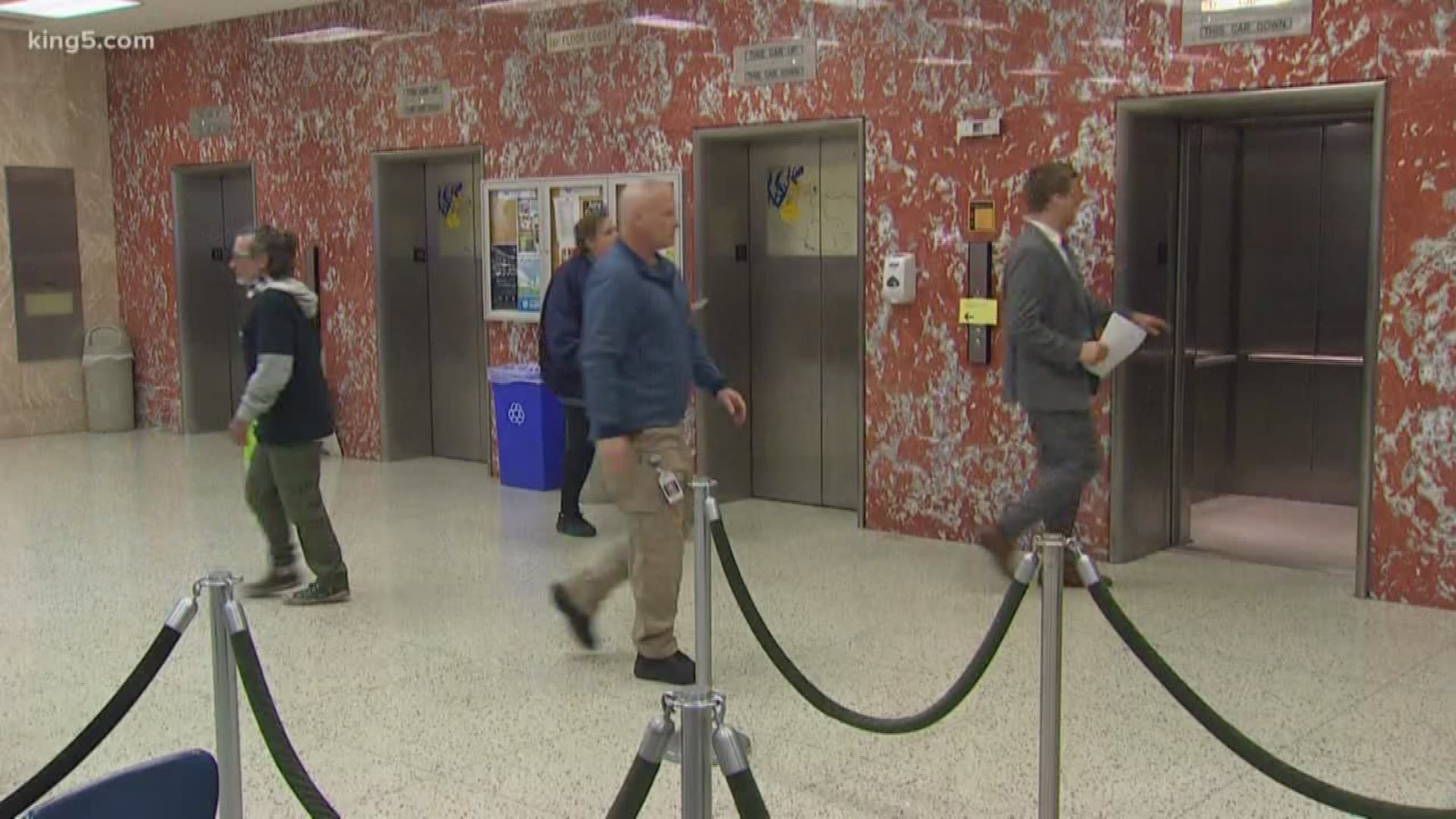 OLYMPIA, Wash. — Washington state law requires the Department of Labor and Industries (L&I) to inspect every elevator and escalator in the state annually.

But a state investigation found that is not happening.

According to state auditors, of the state’s 18,000 conveyances, which are mostly escalators and elevators, more than half were not inspected in 2018.

“That’s not acceptable and there’s no good reason for that,” said L&I Deputy Assistant Director Annette Taylor. “We’re as concerned as anybody about those numbers.”

Taylor blamed the backlog on a building boom generating more elevators and escalators in need of annual inspections. She said the state has also had a hard time keeping its inspectors from taking better-paying jobs with construction firms.

However, Taylor said next year’s scheduled follow-up audit should show an improvement.

“We were able to go from 21 inspectors to 27 inspectors,” said Taylor.

L&I will also be asking for additional state funding next year to hire as many as 10 additional inspectors.

Technology is also allowing inspectors to spend more time in the field, rather than back at the office filling out paperwork.

Taylor said private insurance policies require building owners to have their conveyances serviced four times a year. She said the state’s role is more of a check and balance to make sure landlords are keeping the elevators and escalators safe and serviced.

The public can find out the inspection history for an individual conveyance by inputting the number listed on the elevator or escalator’s permit into a state website.