Three individuals from different academic levels discuss how to combat subconscious beliefs and stereotypes in education. 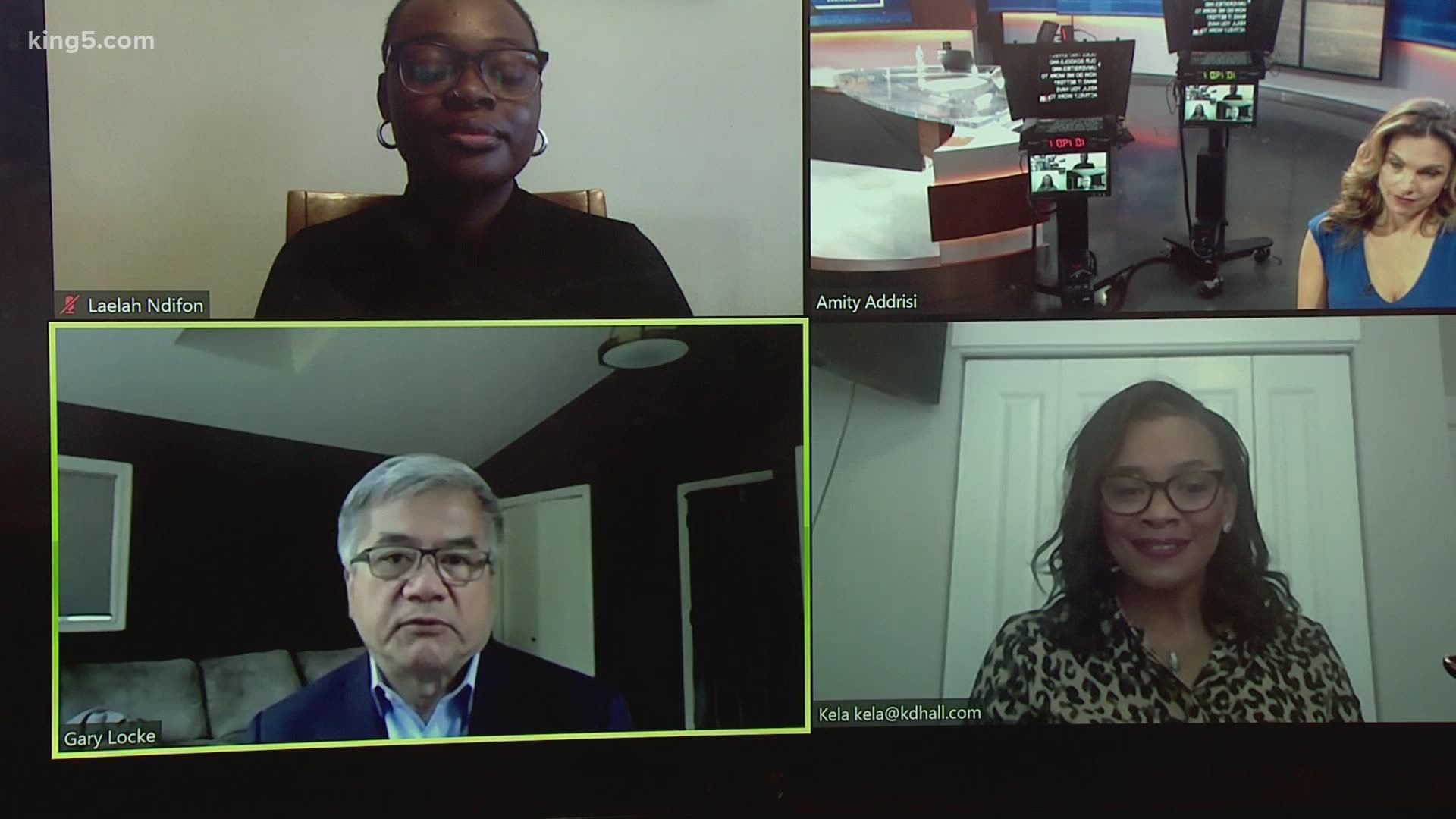 SEATTLE — Former Washington Governor Gary Locke, now the interim president at Bellevue College, joined KING 5 Weekend Mornings for a discussion on race and education, particularly how attitudes and stereotypes exist in our subconscious that affects schools.

"First of all, it actually starts wit out schools, especially in our grade schools, where so many students don't really understand the history of the United States and the systemic, pervasive racism that has occurred. Oftentimes, we just focus on the Civil War and just say 'oh, life is going on' or the Civil Rights Movement, but they don't really understand the discrimination that has not only affected just African Americans, but also people of color throughout our country. And then of course at our colleges and universities, what are the admissions practices? Do we really have sufficient numbers of Black students and also looking at our hiring practices of our faculty and staff. Do they really reflect the student body?" explained Locke.

Ndifon, who just graduated WSU with a degree in communications and public relations, said it was hard to navigate school life while dealing with an invisible illness and systemic racism.

She has sickle cell anemia, which is a red blood cell disorder that typically affects African Americans.

"In the classrooms, I had to deal with teachers who didn't believe me and felt like I wanted to get out of tests and assignments. When I went to the nurse's office, they didn't believe me because it is an invisible disease. So I always had a challenge with my mental health and being able to navigate within school," Ndifon explained.

She said her family helped her push through and kept her strong.