Edmonds police say three people were shot at a busy market, one of whom died. They think it was a targeted attack. 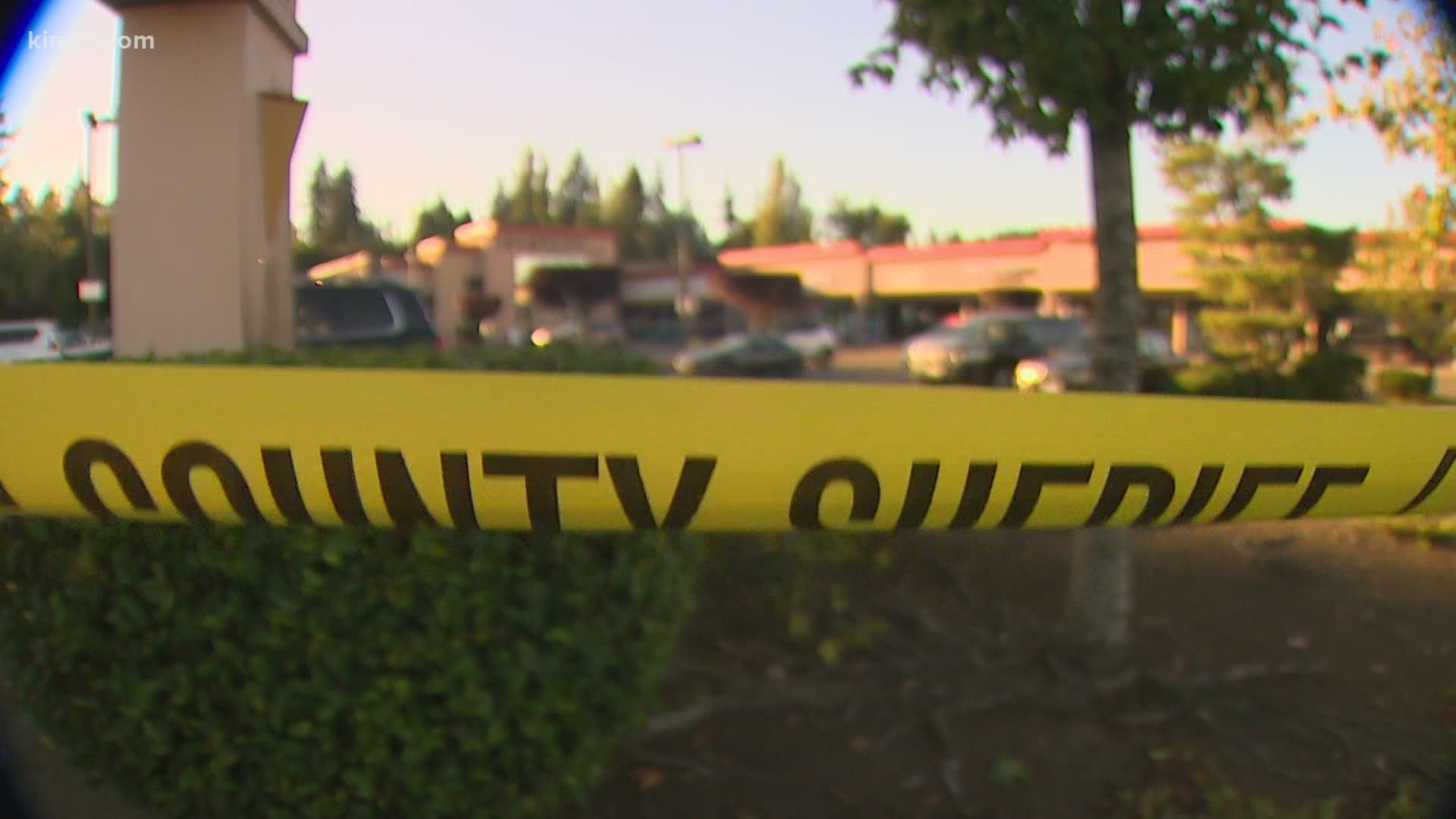 EDMONDS, Wash. — A man accused of shooting his estranged wife and two others at Boo Han Oriental Market in Edmonds on Tuesday turned himself in.

The roommate of the estranged wife died, according to police.

The suspect, a 27-year-old Everett man, is now in police custody and was booked for murder, domestic violence and assault. He is being held on $3 million bail.

On security footage, the suspect was seen walking into the store at least three times, according to McClure. The three victims were seen leaving the store, and stopping just outside the store. The suspect walks out a final time. He goes beyond the victims and then McClure said he “very intentionally” used gunfire to hurt them.

The suspect fled in a white car.

"All of the officers arrived immediately got their trauma kits out and immediately started performing combat first aid on the victims," said McClure.

Detectives found 11 shell casings at the scene, according to probable cause documents.

At one point, as many as 50 police officers, including two canine units, searched for the gunman, McClure said.

"It was a very crowded business location, chaos is the word that I can use to describe (the scene)," McClure said. 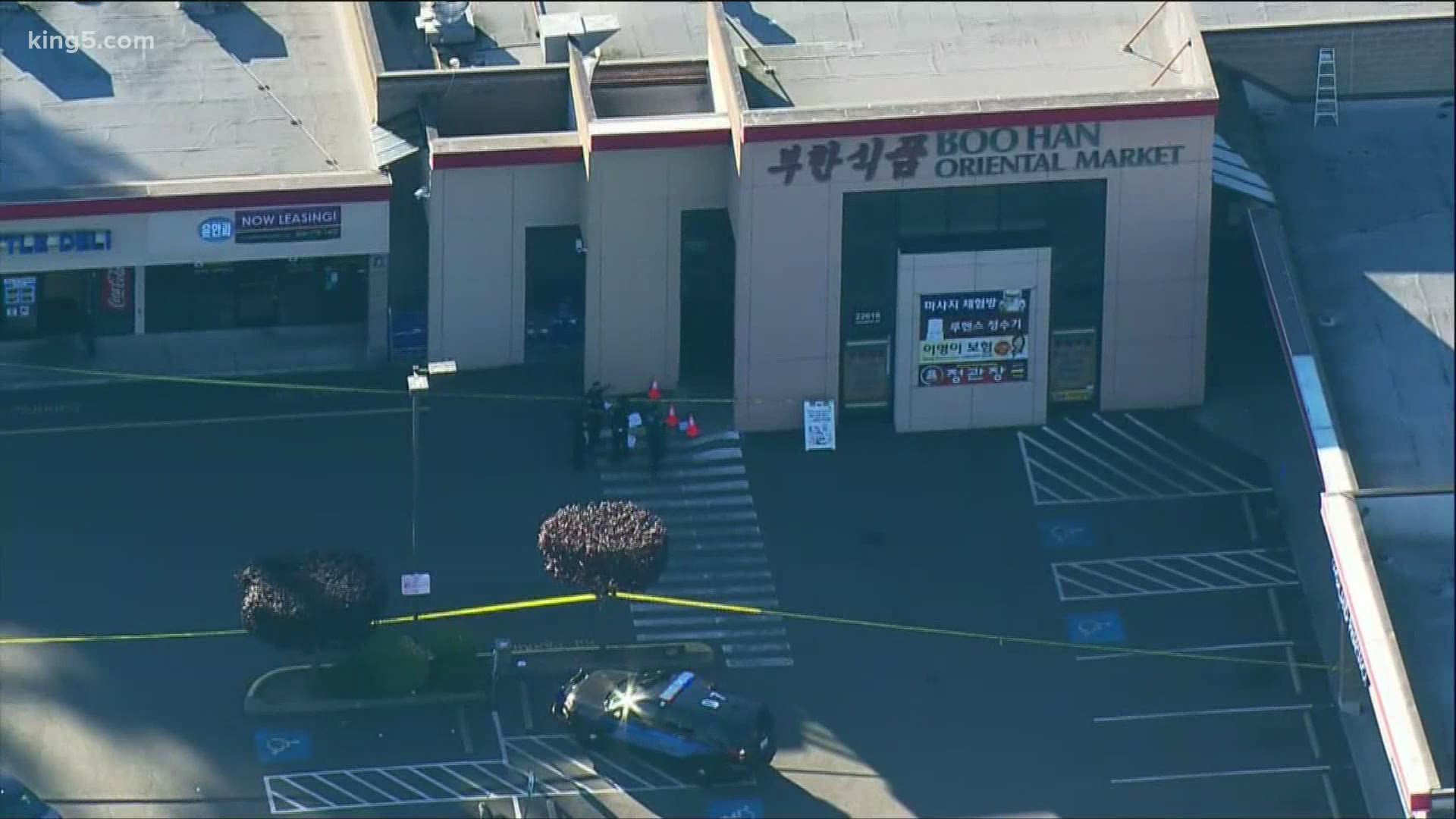 The suspect's mother later called police to say she was with the suspect at Everett police's south precinct. The suspect told detectives on the phone he wanted to turn himself in.

McClure said police found a gun in the car that the suspect was in, and it's believed to be the murder weapon. Police found another gun in a white Toyota outside the suspect's home.

The suspect lawfully purchased the suspected murder weapon a couple weeks ago, according to McClure. The suspect's other weapon was also lawfully owned, and the suspect had a concealed carry permit.

Police said the shooting was a tragic reminder of the danger of domestic violence.

“As this situation points out, even having a support system around you can put those that you are relying on for support in danger, which makes things all the more complicated,” McClure said.

McClure urged domestic violence victims to continue to use their resources, trust their gut and seek help, including calling law enforcement, if they feel they are in danger. 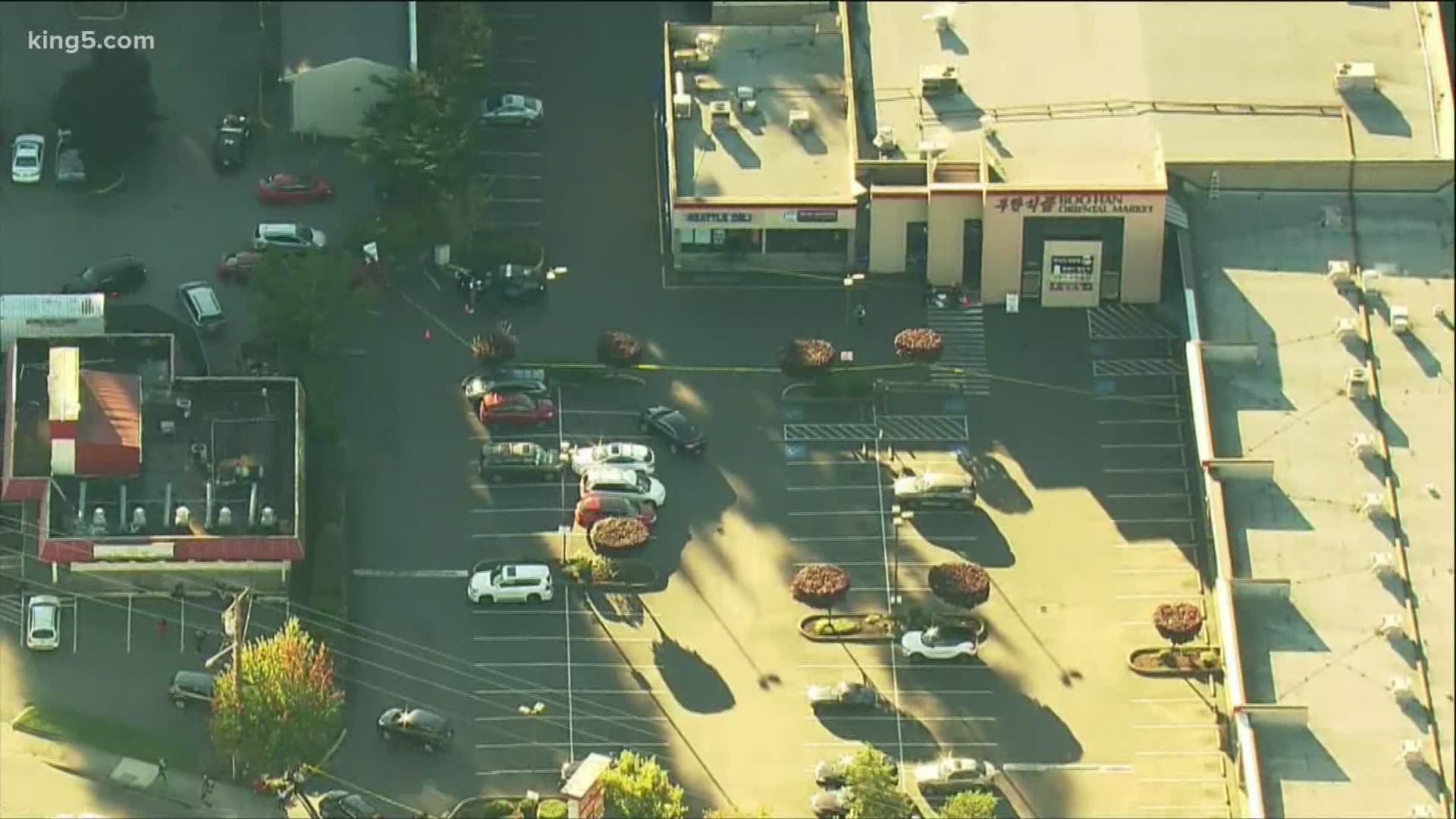