An Edmonds man is being recognized for creating videos detailing his life as a nurse while also educating people about important health issues. 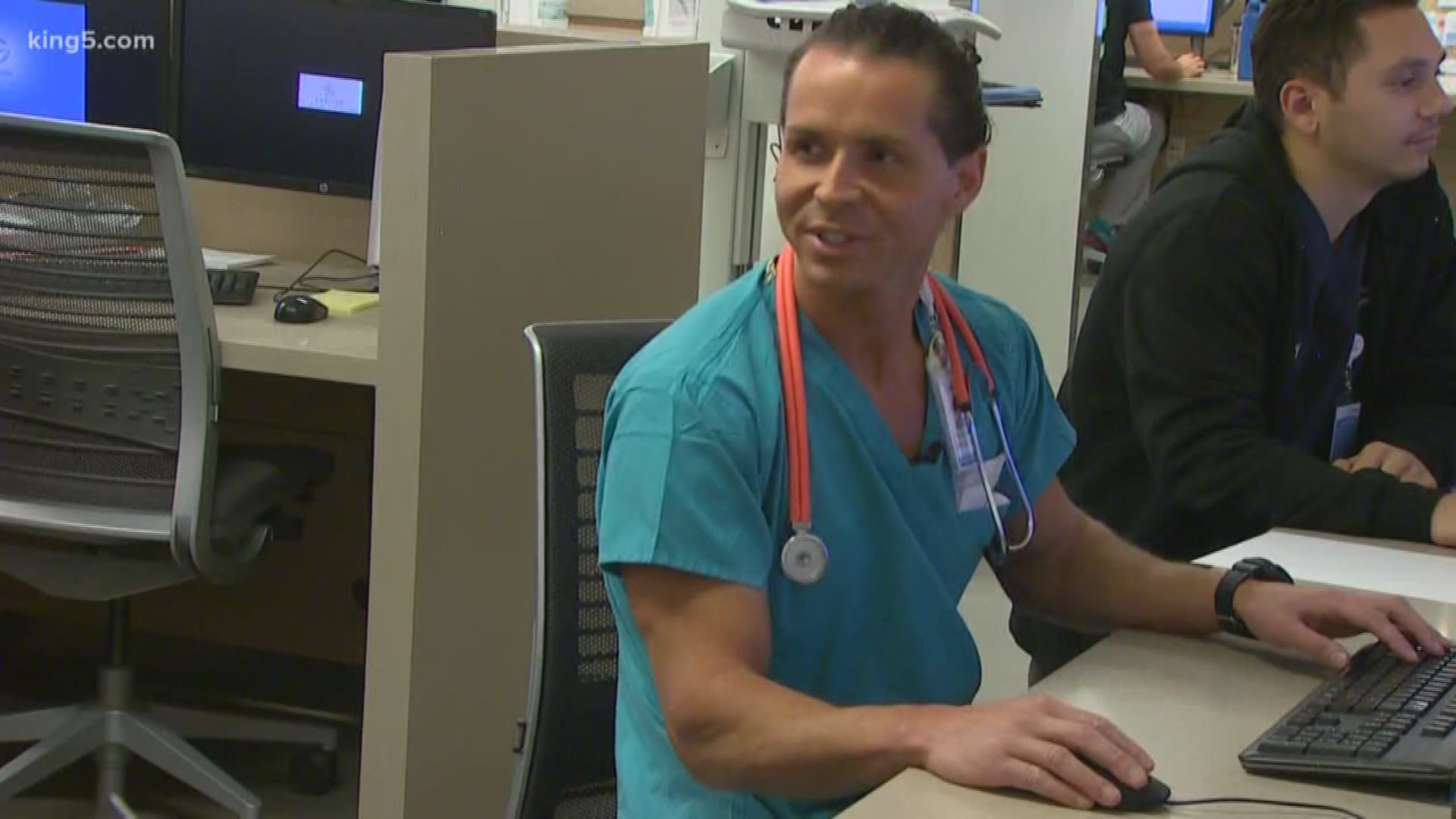 The demanding regimen of a nurse at Swedish Hospital in Edmonds is nothing compared to what Stefan Torres does when he's off-duty.

"It's almost like vacation when I clock-in sometimes because once I clock out, I get started on my video production," said Torres.

Torres is a one-person public service announcement. He has created dozens of videos about everything from alcohol poisoning to the importance of breastfeeding, with a healthy dose of sarcasm and wit. In one clip he even sports a pair of fake breasts to demonstrate a self-exam.

"In today's world, you have to get people's attention," said Torres. "You have to have fun."

Torres creates videos to educate people about important health issues, but also to inspire his fellow nurses. Clips like "Carpool Consult" address the issues nurses encounter on the job. He says people in his profession are particularly susceptible to burn out.

"The response I'm getting from people is that they're feeling that passion again that they had for nursing. That's what it's all about.”

Torres recently won an award from the Robert Wood Johnson Foundation for his videos, as well as recognition from the University of Washington for helping improve patient lives.

He admits, however, when the camera is off he is no Florence Nightingale.

"I might do a video on diabetes and down a bag of sour patch kids right after that, but that's me being genuine," said Torres.

He is a nurse who genuinely cares for both patients and providers -- hoping his video treatments go "viral."

"I just try to make it so it's entertaining, and at the end of it people say they learned something and maybe they should incorporate that into their life," Torres said.