The Department of Defense released three videos on Monday that shows “unidentified aerial phenomena." The videos were leaked earlier this year. 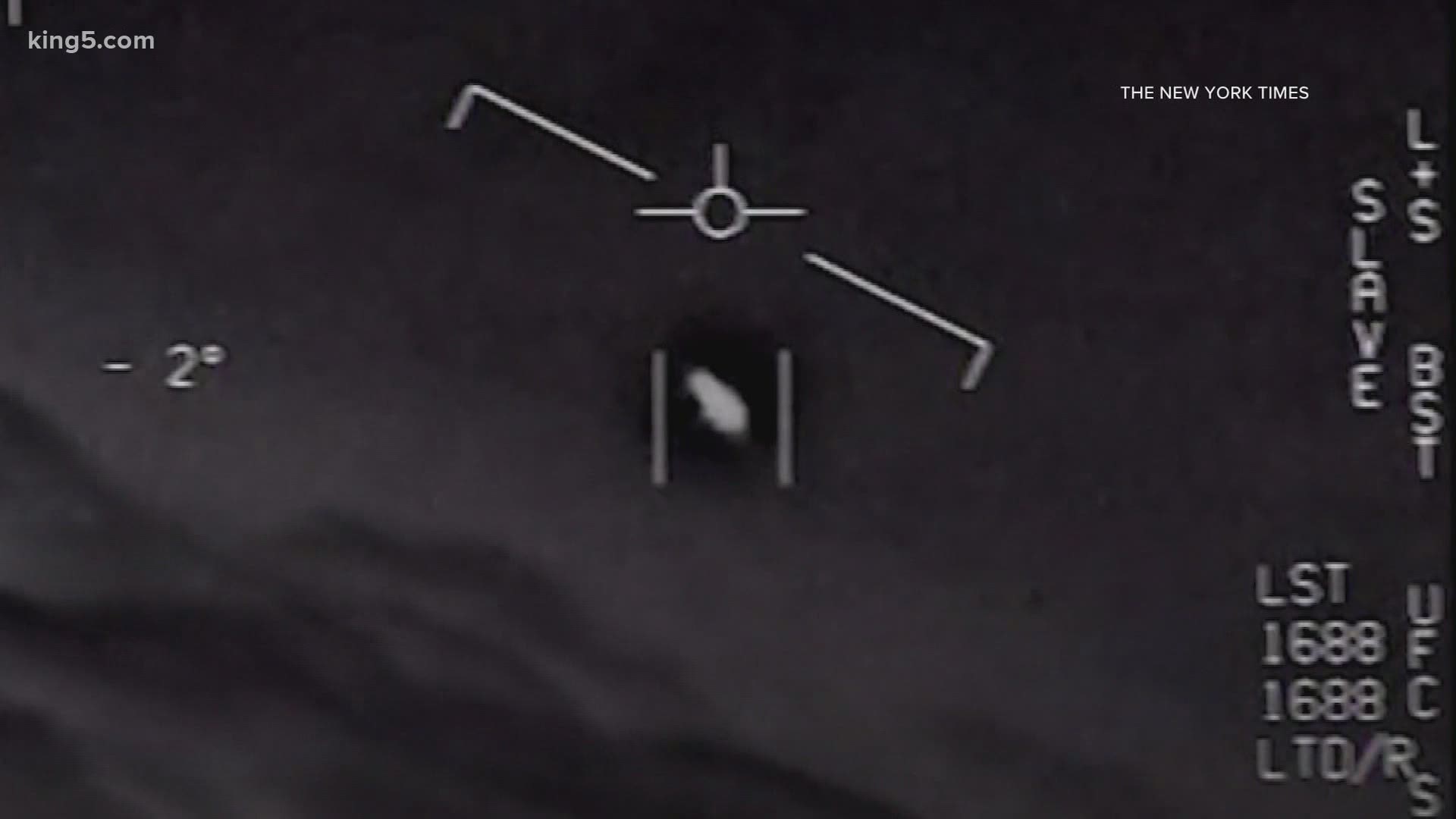 The videos have circulated online for a while, with many focused on what appears to be unidentified flying objects moving quickly, and in ways unlike any known aircraft. The DOD called these “unauthorized releases in 2007 and 2017.”

One video, titled “FLIR”, was recorded from aircraft based on the USS Nimitz in 2004. The carrier is now homed out of Bremerton.

“The aerial phenomena observed in the videos remain characterized as ‘unidentified’,” a Department of Defense statement said.

Michael Hall, who founded a group called UFOiTEAM in Edmonds, has been following this closely.

“The U.S. Navy and the Department of Defense, the Pentagon actually confirming on Monday now that again, these things are indeed unidentified, and something not of our technology, let’s put it that way,” he said.

The New York Times interviewed several Navy pilots over the last few years that describe unexplainable phenomena in the videos. Government officials previously confirmed the videos online were from the Navy.

Experts caution, the Times said, that just because a video is unexplained doesn’t make it extraterrestrial and other explanations are possible.

Hall said these videos are the best evidence he’s seen of intelligent life beyond our planet. Navy officials have made no mention of anything extra-terrestrial.

"My gosh, it would be very closed minded of anyone to look at how large the universe is, how big the pond possibly could be, and think we could be the only life that just spontaneously erupted in the universe,” he said.

Hall, who is also an attorney, now works with and represents some of the sailors that were on the Nimitz during the 2004 incident.

He said they’re planning another expedition to further investigate the incident.

“They want to go back out again, this winter, probably December, around the same time, to search for those UAP again, those tic-tac ufos seen in 2004,” he said.

RELATED: UFO videos posted by Blink-182 are real and never should have been released, Navy confirms