Over the past 15 years, Michael Reagan has drawn more than 6,000 portraits of fallen military heroes. He sends them to families of the fallen for free. 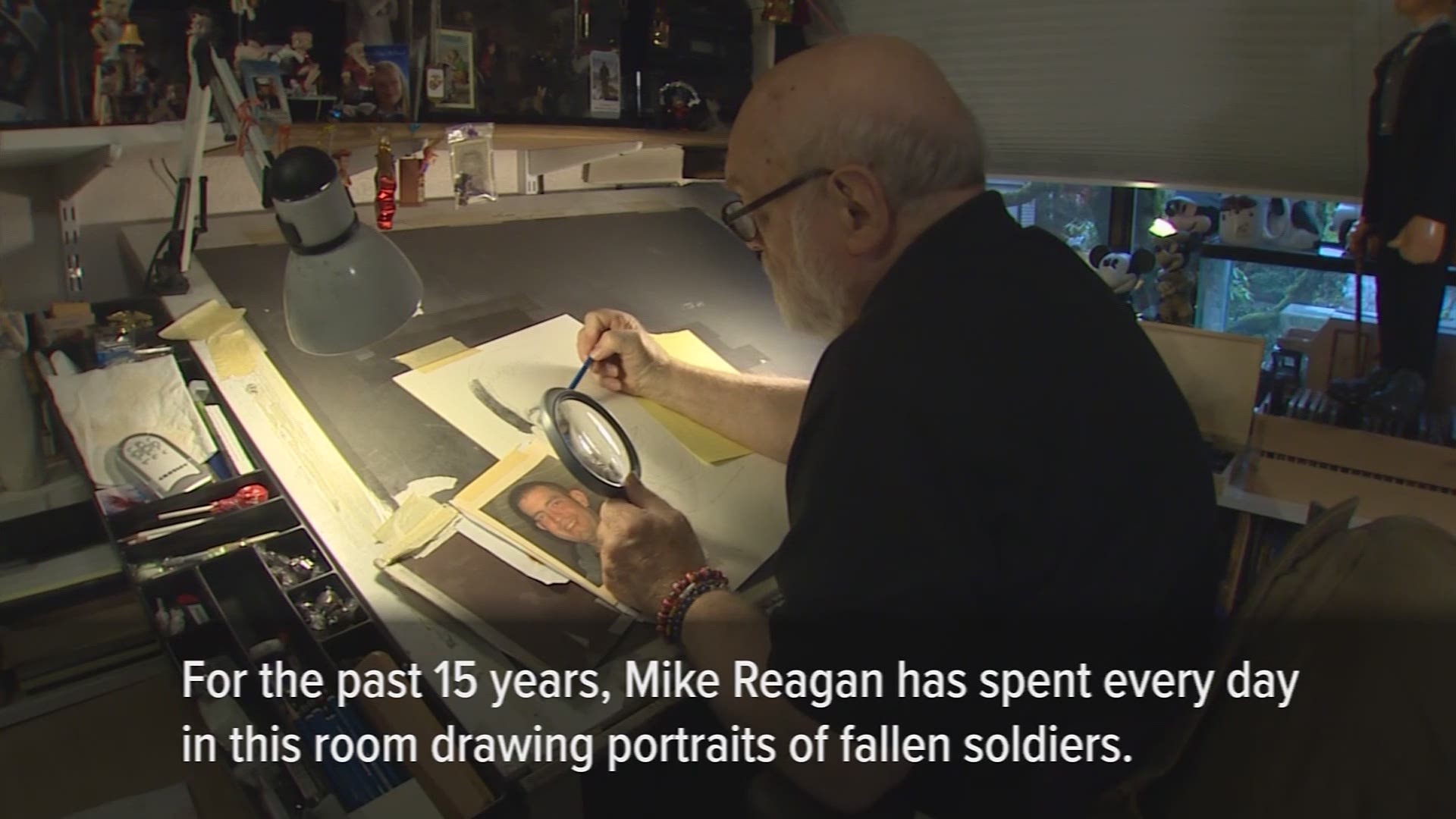 Over the past 15 years, Michael Reagan of Edmonds has drawn more than 6,000 portraits of fallen military heroes and sent them to their families for free.

“All of the people I draw - men and women, old and young - they’re heroes,” Reagan said.

Reagan is a Vietnam veteran. His motivation for the project came from a man he served alongside.

“My good friend Vincent Santanello died in my arms on March 28, 1968,” Reagan said. “And his last words were, 'Mike, I just want to go home,' and he closed his eyes and died.”

I just want to go home: Those are the words he thinks about as he draws portraits and sends them to families.

Reagan often shares his story in the community. He recently spoke to the Kirkland Sea Hawkers, telling the group about how the project has evolved. In addition to drawing portraits of fallen military members, he also now draws fallen police officers and canines. Other times he just wants to draw a fellow Veteran.

Little did many know, he planned a surprise.

In the crowd was Pat Ford. Her husband, Vietnam veteran Craig Ford, died last year after three bouts with cancer. The past few months have been very difficult. So when Reagan heard of her story he wanted to bring Craig home.

He drew Craig’s portrait and surprised Ford at the meeting.

“It means happiness. It means he’s here with me,” Ford added. “I can’t say thank you enough to him.” 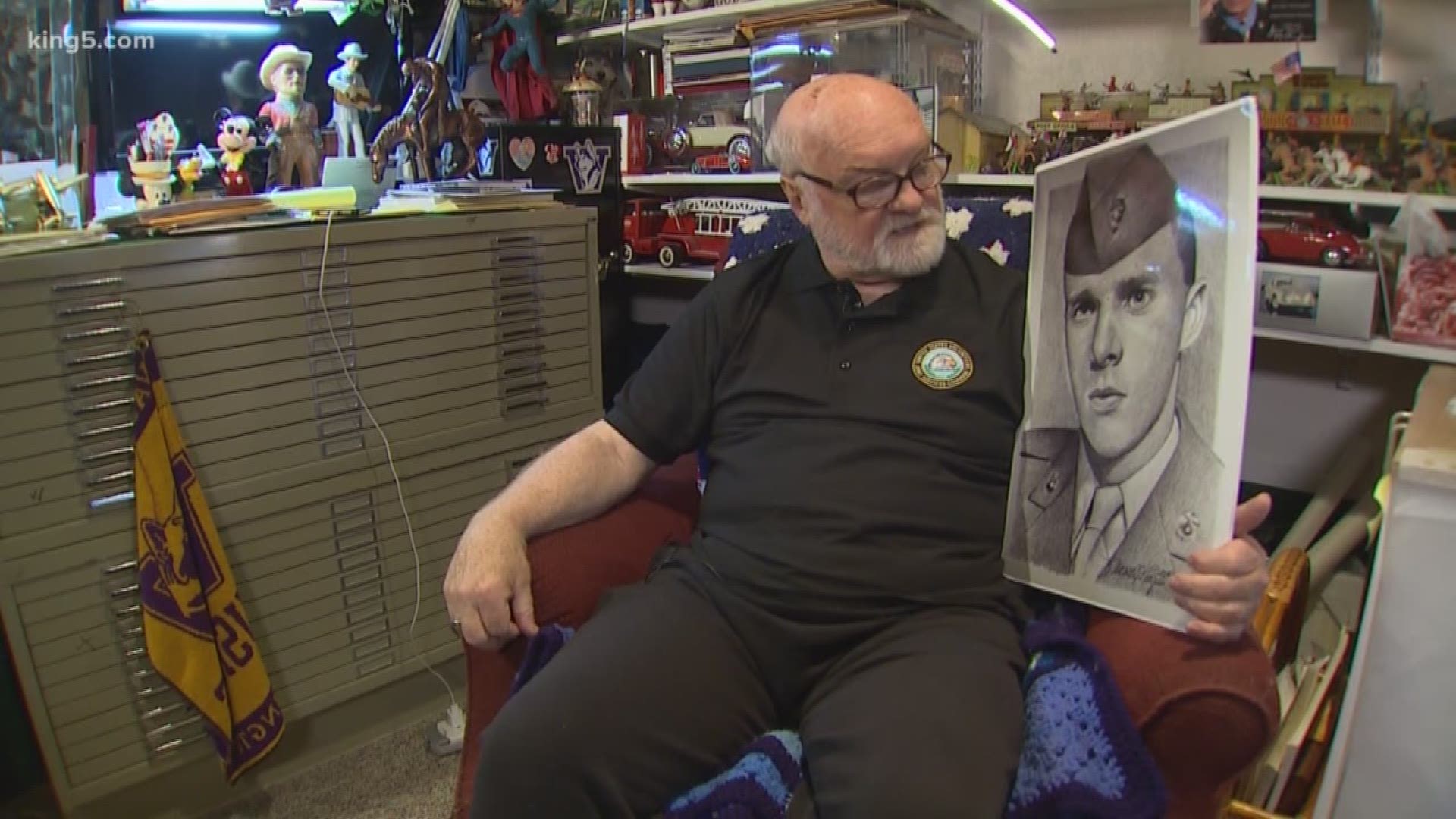 Reagan is able to draw portraits of the fallen for free thanks to donations. If you are interested in helping or learning more you can find more details on his website.