The 18-year-old artist used the African American flag as inspiration, incorporating three colors to represent the Black experience in America. 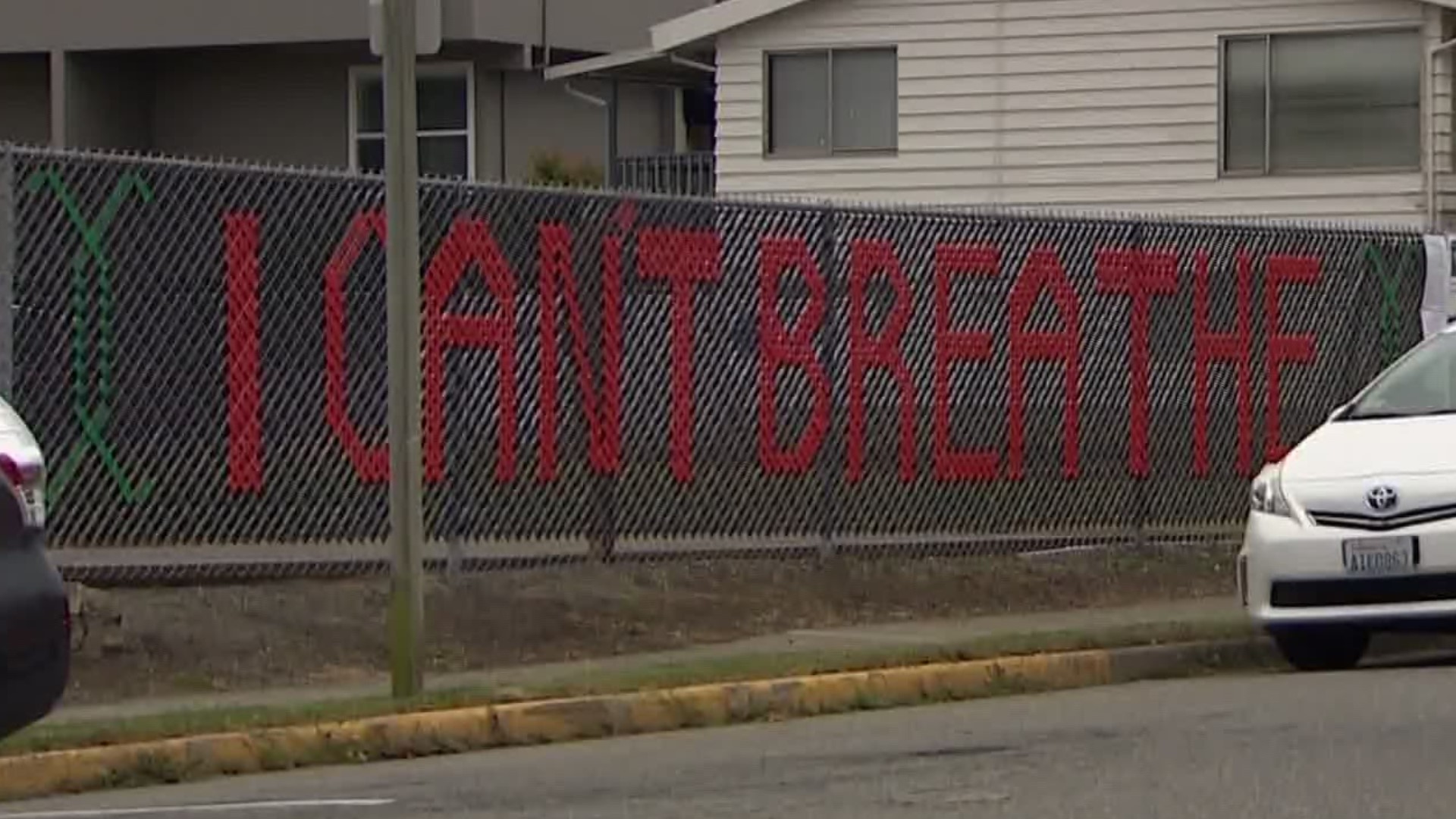 EDMONDS, Wash. — The 18-year-old artist behind a new art installation in Edmonds centered around police brutality hopes to send a very powerful message.

A rallying cry for change is hard to miss along 6th Avenue North in Edmonds.

"I wanted something to be done in my community – something very visible," said Christabel Jamison.

The words, 'I can't breathe' are placed on a fence on the outside of a sports field across the street from the Edmonds Police Department.

"I decided to put it right across from the police station. I thought it was pretty important for the policemen to see it going to work every day to so they can't ignore it either," said Jamison.

Jamison said she used the African American flag as inspiration, incorporating three colors to represent the Black experience in America. She said black represents Black people in America, the green represents wealth left behind by ancestors when they were forced into slavery and the red represents the blood that unites all people of Black ancestry.

She said the symbols at the ends of the piece were part of a system of symbols, called Nsibidi, used by the captive African people during slavery.

After presenting the design to the city, Jamison said she had the option to put the installation on a fence on Main Street or 6th Avenue, but decided the strategic placement across the street from the police station would help amplify her message.

"I'd like to see of course a lot more diversity and more representation of the Black community," said Jamison.

Edmonds Mayor Mike Nelson said the city is listening, pointing to U.S. Census statistics that show 81% of the city's population is white.

"I think we have to acknowledge and own the fact that you are absolutely right, that we are not a diverse city, but if we're going to be a welcoming community we have to actually make it welcoming," said Nelson.

The mayor recently created a task force made up of community members from different ethnic backgrounds to tackle the city's policies and systemic biases.

The task force held its introductory meeting on Tuesday.

Nelson said the task force will start its work by focusing on the police department, looking into the policies or procedures that need to be changed or updated.

The mayor said he's asked that the police department start having body cameras as people across the country push for more police accountability.

He said the task force will also look into the department's training requirements, use of force, hiring practices and more, while working to come up with recommendations for city leaders to implement.