Firefighters say they arrived at the 1400 block of 55th Avenue Southeast around 2:45 a.m. to find a 30-foot RV fully engulfed in flames. 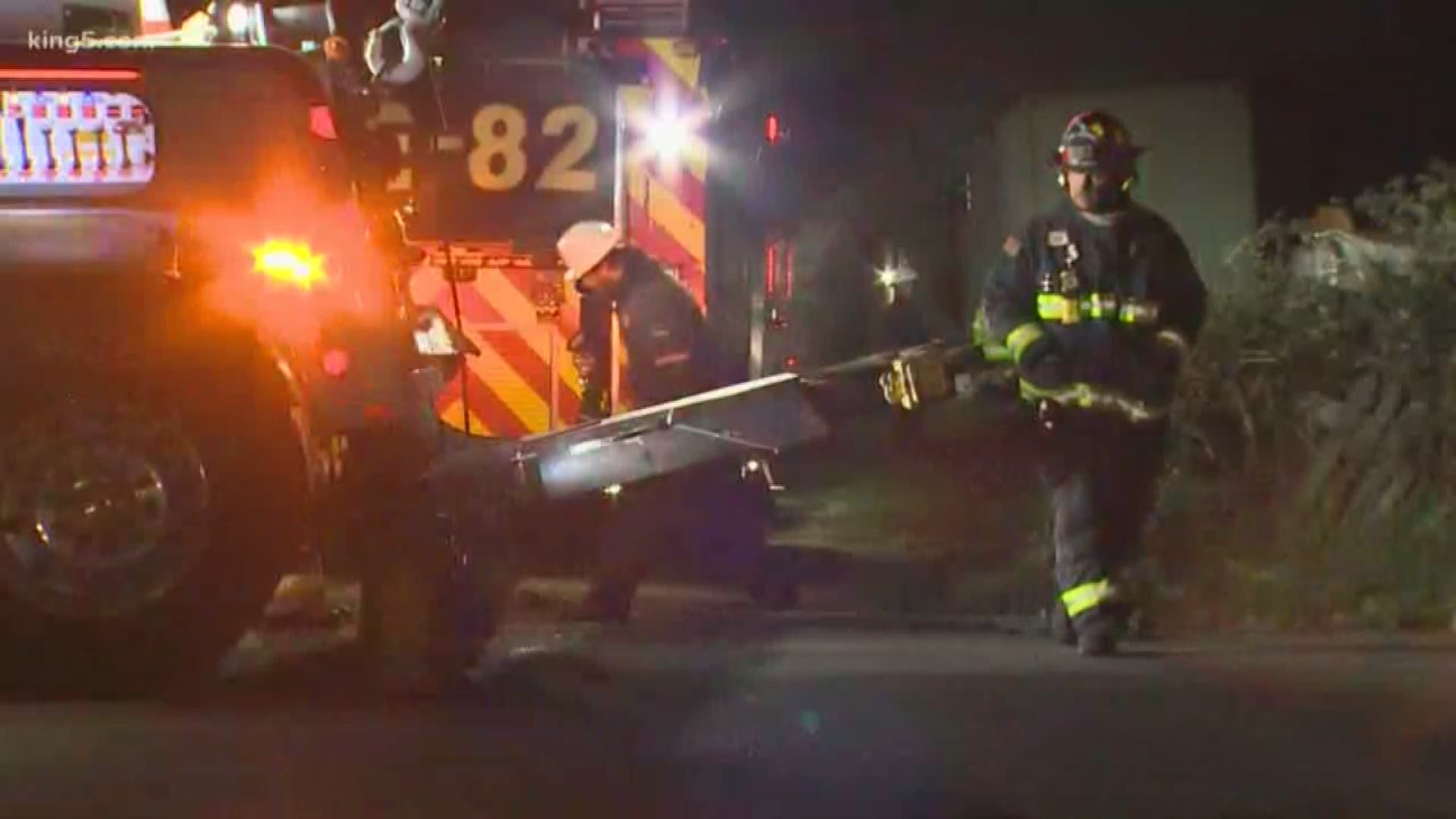 SNOHOMISH COUNTY, Wash. — One person and a dog are dead following an RV fire on Ebey Island Wednesday morning.

Firefighters arrived at the 1400 block of 55th Avenue Southeast around 2:45 a.m. to find a 30-foot RV fully engulfed in flames, according to fire officials on scene. Crews put the fire out and contained it to the RV.

While firefighters were putting out hot spots, they discovered the body of a person and dog inside.

Jeanie Robertson said she is a longtime friend of the person who lived inside the RV.

"He's just always happy-go-lucky, and he has his dog, the blue healer, and they're always together," said Robertson in tears.

The fire was reported by a passerby on the U.S. 2 trestle early Wednesday morning.

The Fire Marshal's Office and the Snohomish County Sheriff's Office are investigating the cause of the fire.