I-90 over Snoqualmie Pass back open in both directions 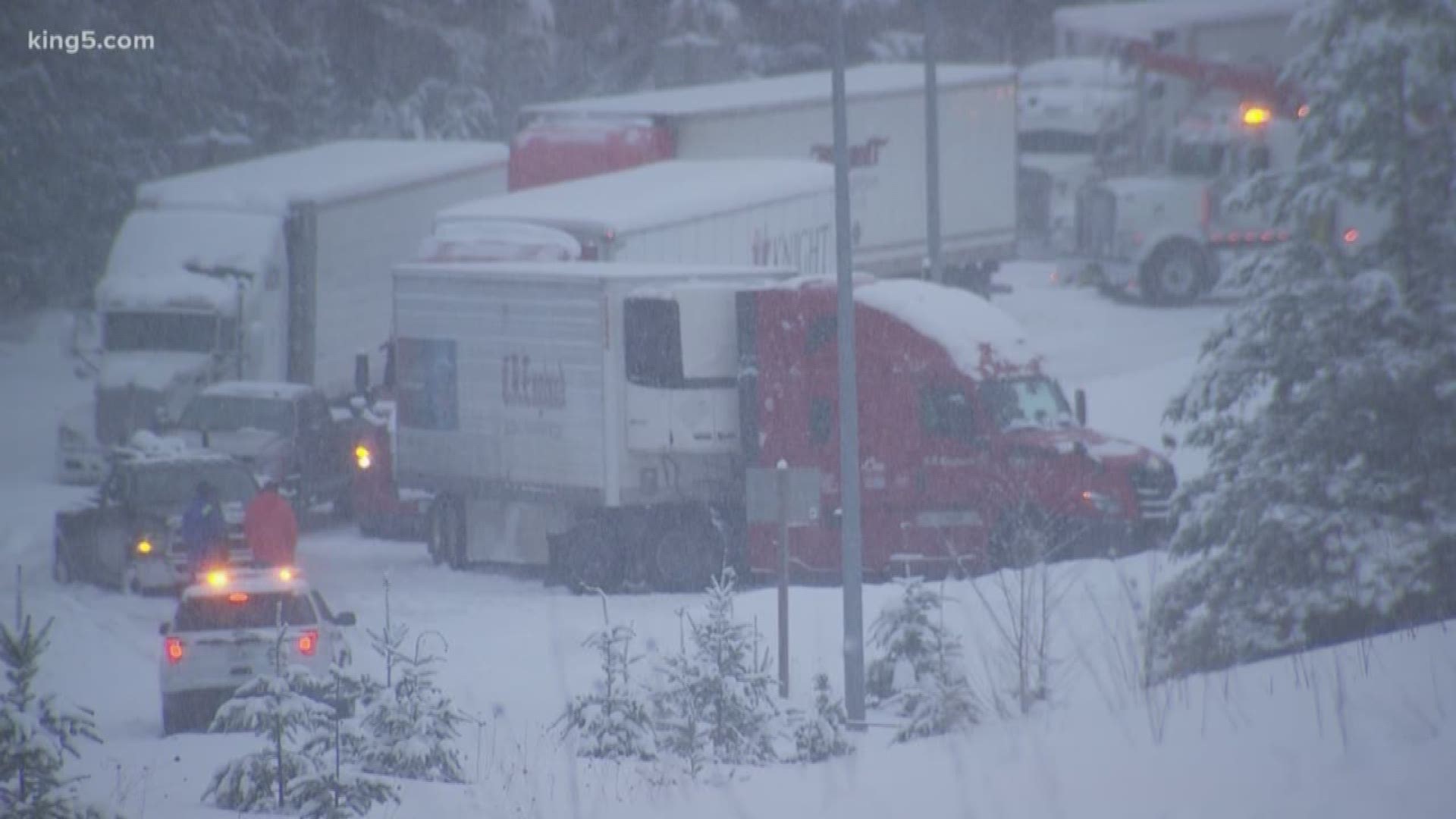 The pass closed Monday afternoon following a snowstorm that led to accumulations of more than 4 feet.

With 31.5 inches of snowfall Tuesday, Snoqualmie Pass also set a new daily snowfall record. The previous record was 30.7 inches, which was set February 20, 1975.

On Tuesday afternoon, the Washington State Patrol and Washington Department of Transportation led a convoy of semi trucks and other vehicles off the pass. To avoid avalanche danger, the vehicles were escorted to North Bend in the eastbound lanes.

Truck driver Steven Sutton spent Monday night on the pass in his truck.

“Doing the best I can. Got heat, go stuff to do. Got a phone. If I didn’t have a phone charger, I’d be a lot of trouble,” said Sutton.

Sutton told KING 5 Tuesday afternoon he had been stuck on the pass for more than 30 hours.

“Can’t do nothing. They’re talking about avalanche, but I don’t know what’s going on,” said Sutton.

North Bend has declared a state of emergency because of severe weather. The city says it received between 15 to 24 inches of snow on Monday night alone. Snow plow crews are working on main roads first.

In the city, some people are using skis to get around. Cameron Heimbigner is using his snowmobile.

“It’s better than going around in a car and getting stuck somewhere,” said Heimbigner.

Jason Lee is co-owner of Mount Si Motel. He spent Tuesday dealing with a power outage and shoveling snow in the parking lot and off the roof.

"We are going to keep trying to stay in front of it. This hopefully will melt or at least not snow anymore," said Lee.