Firefighters reported 50-foot-high flames coming from Eastside Tire and Automotive in Snohomish when they arrived on the scene. 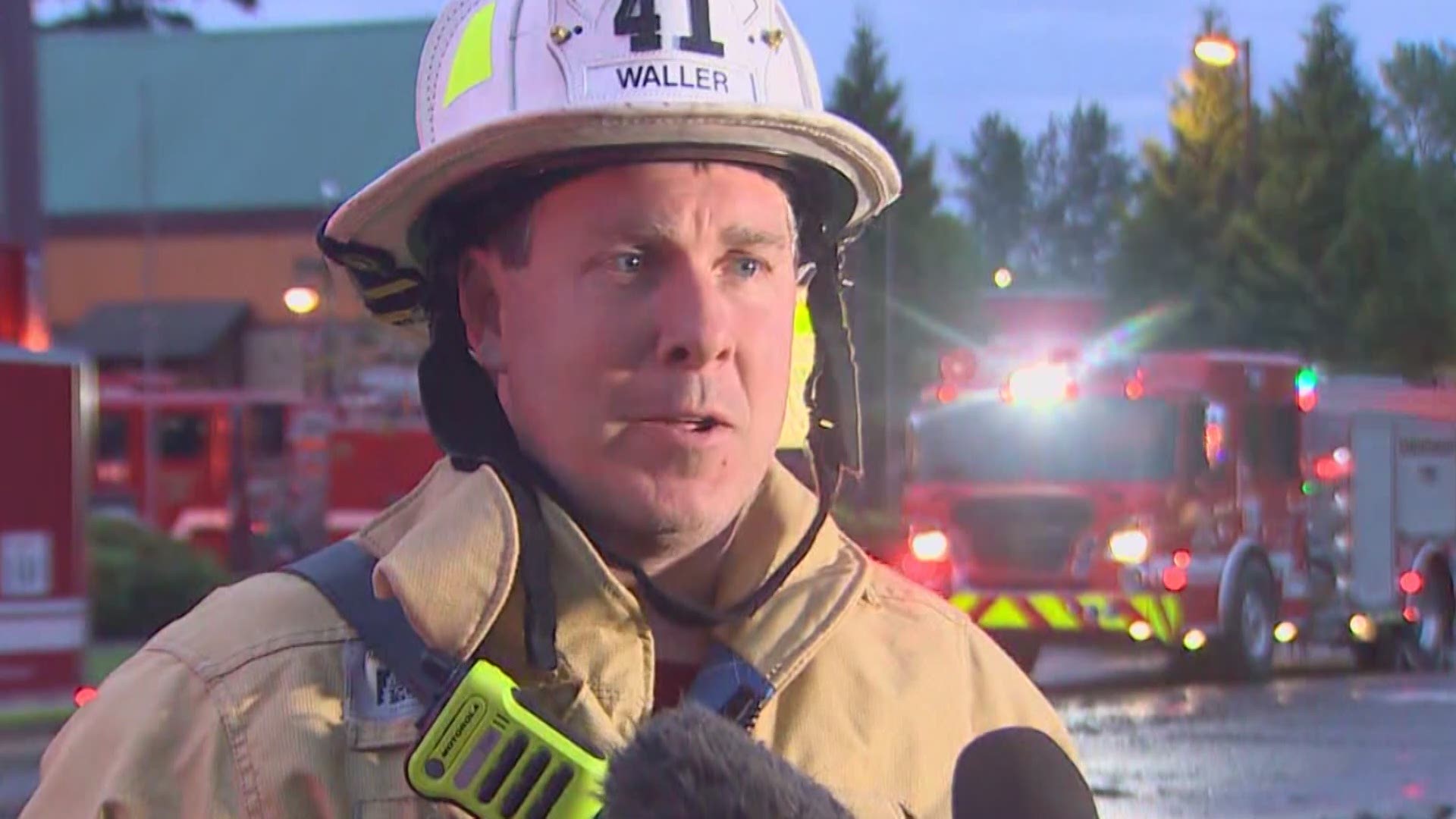 Crews responded to the blaze on the 1100 block of Avenue D around 2:45 a.m. after a passerby saw the flames and called 911. Firefighters reported 50-foot-high flames coming from the building when they arrived on the scene.

Crews on scene said the roof of the building collapsed. Firefighters were able to contain the fire to the tire shop and had the blaze under control and were searching for hotspots by 5:20 a.m.

Avenue D is currently closed from 13th to 14th streets. Fire investigators are expected to remain at the scene for several hours.

Fire departments from Everett, Snohomish and Lake Stevens responded to the fire.

2 alarm fire at Eastside Tire on Ave D in Snohomish. Roof has collapsed as firefighters attack from above with hoses. No injuries. FF’ers say 911 call came from someone driving by at 2:45 AM who saw smoke. Significant portion of Ave D closed. pic.twitter.com/lYow6y19u7

No injuries have been reported at this time. The cause of the fire is currently unknown.