If Seattle imposes the head tax, Eastside cities could lure away top companies. 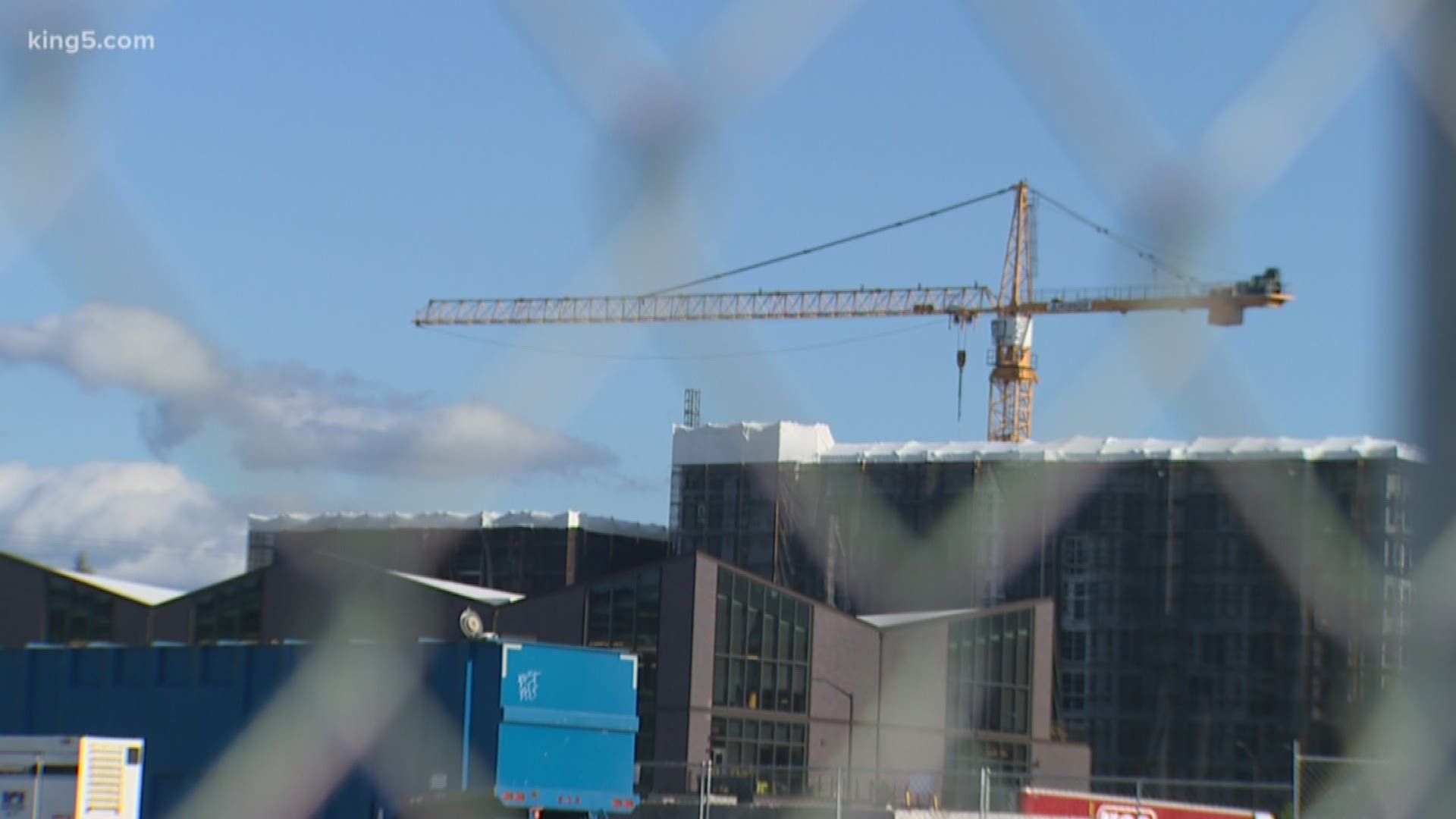 Look around Bellevue, and you see the signs. Like other big cities, it's in the middle of another growth spurt.

"The biggest problem is there's just not enough space for all the growing companies that want a piece of the action there," said Geekwire Staff Reporter Nat Levy.

He keeps a keen eye on Eastside development and points out it's already home to some major players.

"Google has a huge campus there, Microsoft is putting a lot of money in its campus, the company is going to be there for a long time. T-Mobile is putting some money into its campus there. There are a lot of companies with split presences," said Levy.

With light rail under construction, Bellevue's former warehouse district is the next destination.

"The Spring District is a little further away, but it's kind of a blank canvas where they can build something from scratch," he said.

"We want to attract companies and institutions that are interested in innovation," said Bellevue Mayor John Chelminak.

This will be its innovation hub. More than a thousand housing units are under construction, REI is relocating its headquarters here and the Global Innovation Exchange is already up and running, a partnership between the University of Washington, China’s Tsinghua University and Microsoft.

The promise of light rail helped to lead the way, as the city aims to increase transportation options with easy access to eastside corridor.

"The sooner that gets there, the sooner the expansions can come through, you know, the more appealing the Eastside is going to be."

"I'm sure that cities like Bellevue, and Kirkland, and Redmond are waiting with open arms if a company is mad about the head tax and wants to leave," said Levy.