There will be another option for commuters between Seattle and Redmond in 2023 when the East Link light rail is slated to open. 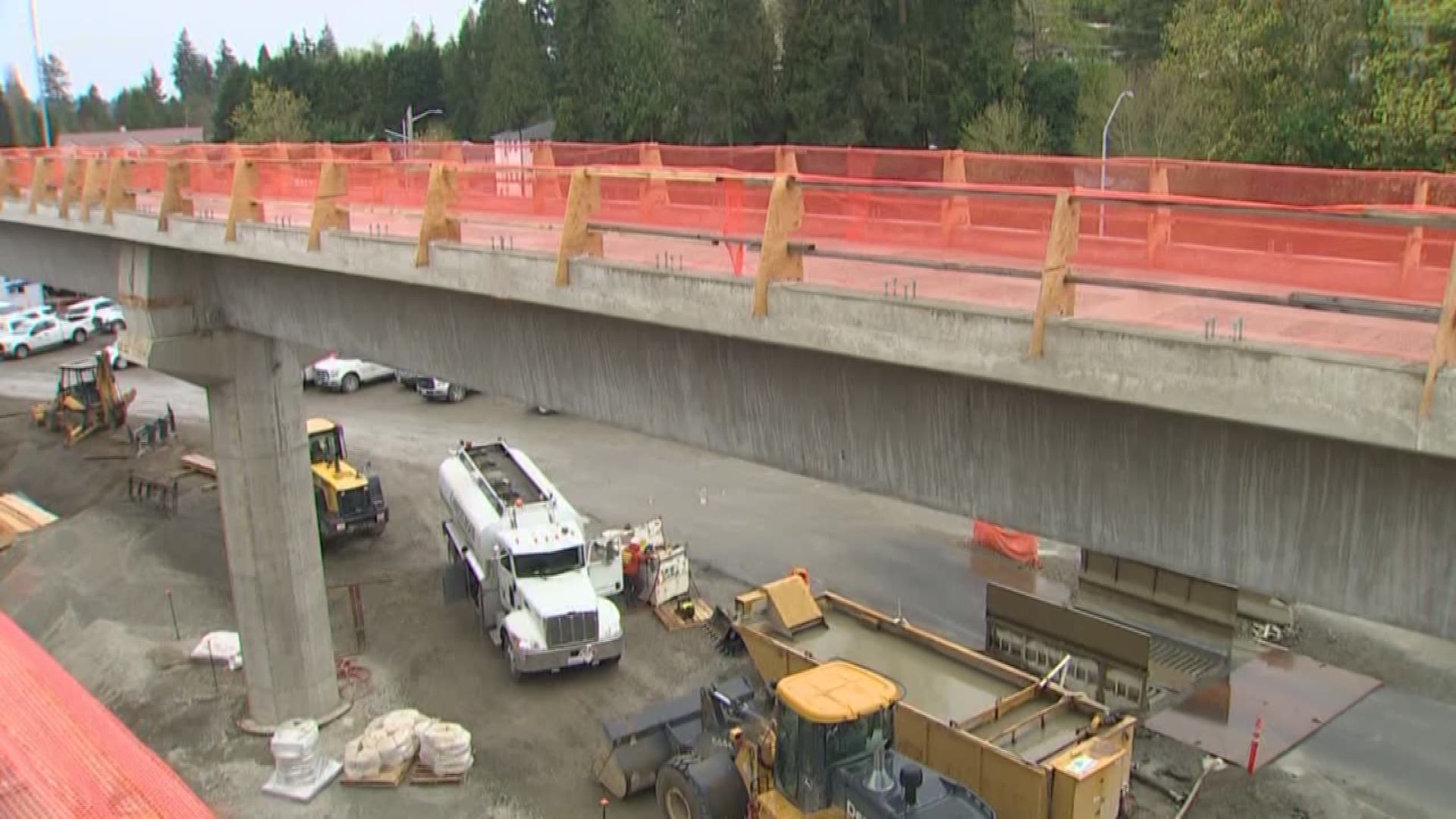 Eastside residents are closer to having another commuting option now that the East Link light rail extension is more than halfway done.

Crews have excavated a tunnel under downtown Bellevue, constructed almost three miles of elevated guideway, built a train bridge over I-405, installed almost a mile of new track, almost finished the station in Mercer Island and strengthened the I-90 floating bridge.

Next, crews will install track on the I-90 bridge for the light rail. The Mercer Island station is set to be finished later this year and will be the first East Link station completed.

When completely finished, the East Link light rail will extend 14 miles from downtown Seattle to Mercer Island, and downtown Bellevue to the Overlake area of Redmond, near Microsoft. There will be 10 stations along I-90.

It will be called the Blue Line and it set to open in 2023. It will take 24 minutes to go from downtown Bellevue to the Westlake station in downtown Seattle.

Below are the years for when each light rail line is due to be completed:

Sound Transit's goal is to have 116 miles of light rail by 2041 in the Puget Sound region.