Seismologists with the University of Washington say 16 earthquakes have been reported north of Mount Josephine so far, and more may be coming. 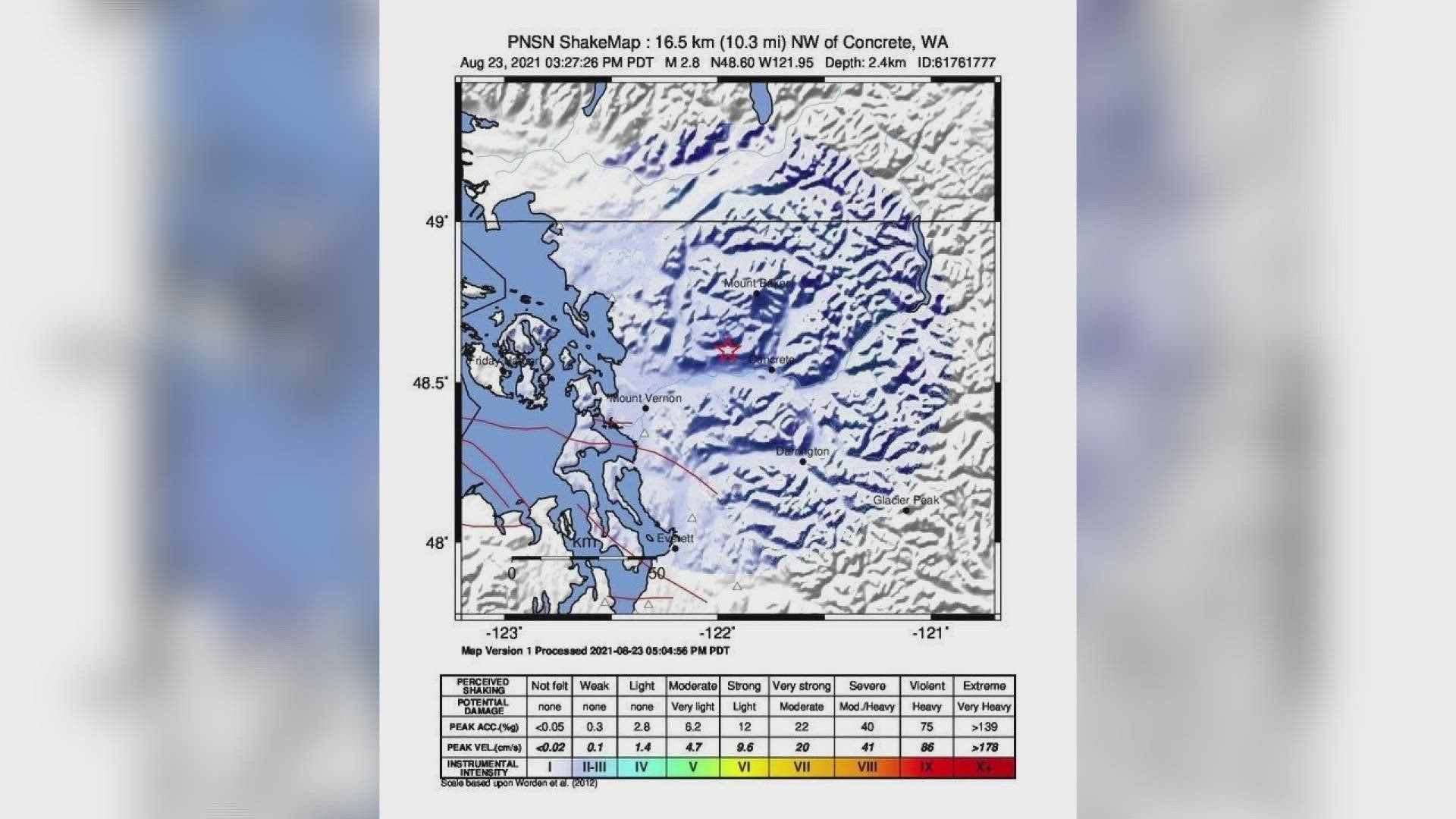 SKAGIT COUNTY, Wash. — A remote Skagit County valley has been hit with 17 earthquakes in a little over a week, even though there are no known active fault lines in the area.

The most recent earthquake hit Friday evening, registering at a 2.4 on the Richter scale.

Now, seismologists are wondering about the cause, and how many more quakes are to come.

The earthquakes are hitting near Mount Josephine, about six miles north of Hamilton. The Pacific Northwest Seismic Network at the University of Washington (UW) received more than 30 reports of mild shaking as far away as Mount Vernon.

The largest quake so far has been a magnitude 2.8, according to data from the U.S. Geological Survey (USGS). However, most have been within the magnitude 2 range. The quakes are fairly shallow, going only a few miles deep.

Good morning WA! You might have seen our post about an earthquake near Concrete last night. After review by a seismologist, the magnitude was revised to 2.6 and the depth to -0.2km (0.2km above sea level). We got a few questions about this quake, so here are some answers: https://t.co/gBrbzNOMCg

Although the quakes are mild, they've caught the attention of scientists.

“They’re all within a very small region,” said Renate Hartog, a seismologist with UW and a network manager for the seismic network.

Hartog said the swarm of quakes is interesting because they could be in an area of known faults that have no recorded quake activity, or they could be a sign of a new fault altogether.

There were some small quakes recorded under Mt. Josephine in 2003, but those may not be connected to the most recent ones, Hartog said.

“These swarms are not that well understood,” she said.