Devin Shelby drowned July 29 at Eagle Falls on the Skykomish River, and his body remains under the water. 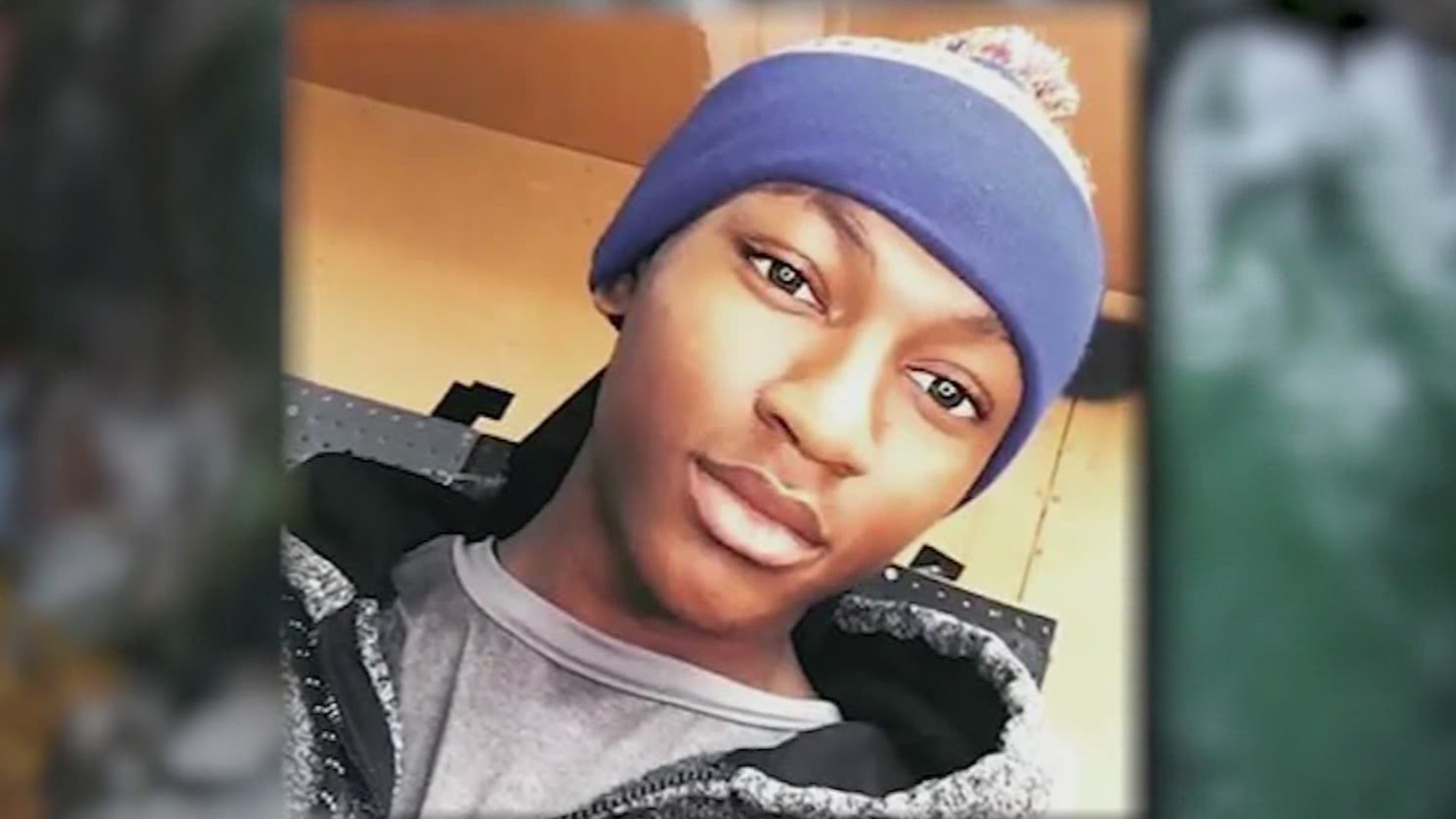 SKYKOMISH, Wash. — Marvin Shelby holds tightly onto the memory of his 21-year-old son Devin, who drowned in Eagle Falls swimming hole this summer.

"He was a bright light," said Shelby. "He loved his brother, his grandmother, his mom. He loved everybody around him."

He holds on to the memories because they're the only things his family has as Devin still hasn't come home. His body is still in the waters of the Skykomish River, presumed to be stuck under the rocks. Shelby goes to the popular Snohomish County swimming hole to visit with his son in search of closure.

"I go up there often to talk to him and let him know how everybody is doing because I know he's right there," Shelby said.

Shelby says his son learned about the swimming hole from his friends, who say it one day on a TikTok video.

Devin and his friends went to the falls on July 29. Shelby says his friends told him he slipped on some rocks, hit his head and fell into the water. It's believed his body is wedged between rocks under the water, unable to rise to the surface, and because of the section's strong currents, dive teams haven't reached him.

Skykomish District Ranger Joe Neal of the U.S. Forest Service says social media is most likely the reason for the area's rise in popularity over the last three to five years.

Add to that the need for folks to get out of the house during the pandemic and Neal says Eagle Falls has seen record crowds and record emergencies. Rescue crews were called at least five times this summer, and three of those calls ended in a fatality.

"That's the most we've ever had in a summer since I've been here," said Neal. "We probably averaged about one fatality a summer there."

Neal says rangers at the falls, while picking up trash, have told swimmers about Devin's body  but most people continue swimming.

"They just kind of look at you a blank looks and they don't care," said Neal.

Marvin Shelby has done the same during his trips to the falls. He says he's met with the same blank stares.

"You're going to tell me that my dead son is right there in that water and you're still swimming around in there? It's like nobody cares," said Shelby.

Eagle Falls has attracted so many people that, along with emergencies, it's caused parking issues along Route 2.

Neal said they've increased patrols and car ticketing, but being public land right along a stretch of highway, there's little they can do.

"We don't want to discourage people from visiting their public lands...but if you're going to swim, wear life jacket and have a buddy system to help you but you need to have a light jacket on if you're going to be in the water," Neal said.

However, Neal said that the sheriff's department did suggest one strategy – take down an information kiosk that posted messages about safety and life jackets.

"After talking with law enforcement and everything, they advised us to take the sign down, because they thought having the sign up kind of said the Forest Service blessed this place and said, 'Come,' and that's what we did not want," said Neal.

There is a sign on a tree near the entrance to the falls that alludes to danger, but there are no safety tips, no signs saying people have died and no signs saying Devin's body is still in the water.

"The federal government doesn't care, they're not doing anything about it. If it was one of their kids I guarantee you somebody would have gone in there and gotten him," said Shelby.

The father is frustrated. Since it's federal land, he'd like to see the federal government take more of a role of deterring people from swimming there.

"Do whatever you can to try to close it to the public. There will be some people that go over a boundary or gate or whatever, but at least put something out there," he said.

He also wants to see them take more initiative in retrieving his son's body.

Although he's happy with the effort from the sheriff and volunteer search and rescue teams that have searched the water consistently for Devin since his drowning, he feels the government who owns the land should do more.

Shelby says he's suggested that some sort of barriers are used to divert the water temporarily to retrieve Devin's body, but he says he was told no because it would hinder the natural water flow for salmon.

"That ain't more important than my son," Shelby said.

When asked about whether or not the Forest Service would help in the search, Neal said that it was the sheriff's office's responsibility.

"My son didn't deserve that, not to die that way, not to be lost in the water for two months," Shelby said.

While the Shelbys hope to see their son and brother again, Shelby remembered him as the giving, loving young man he was. He says Devin loved the water and he finds solace in knowing his son died doing something he loved.

He hopes that others will learn from Devin and be careful if they choose to visit a place they know little about.

"i just pray everybody be safe," he said. "When you're out and about in nature, because this type of pain, I don't want nobody to feel."