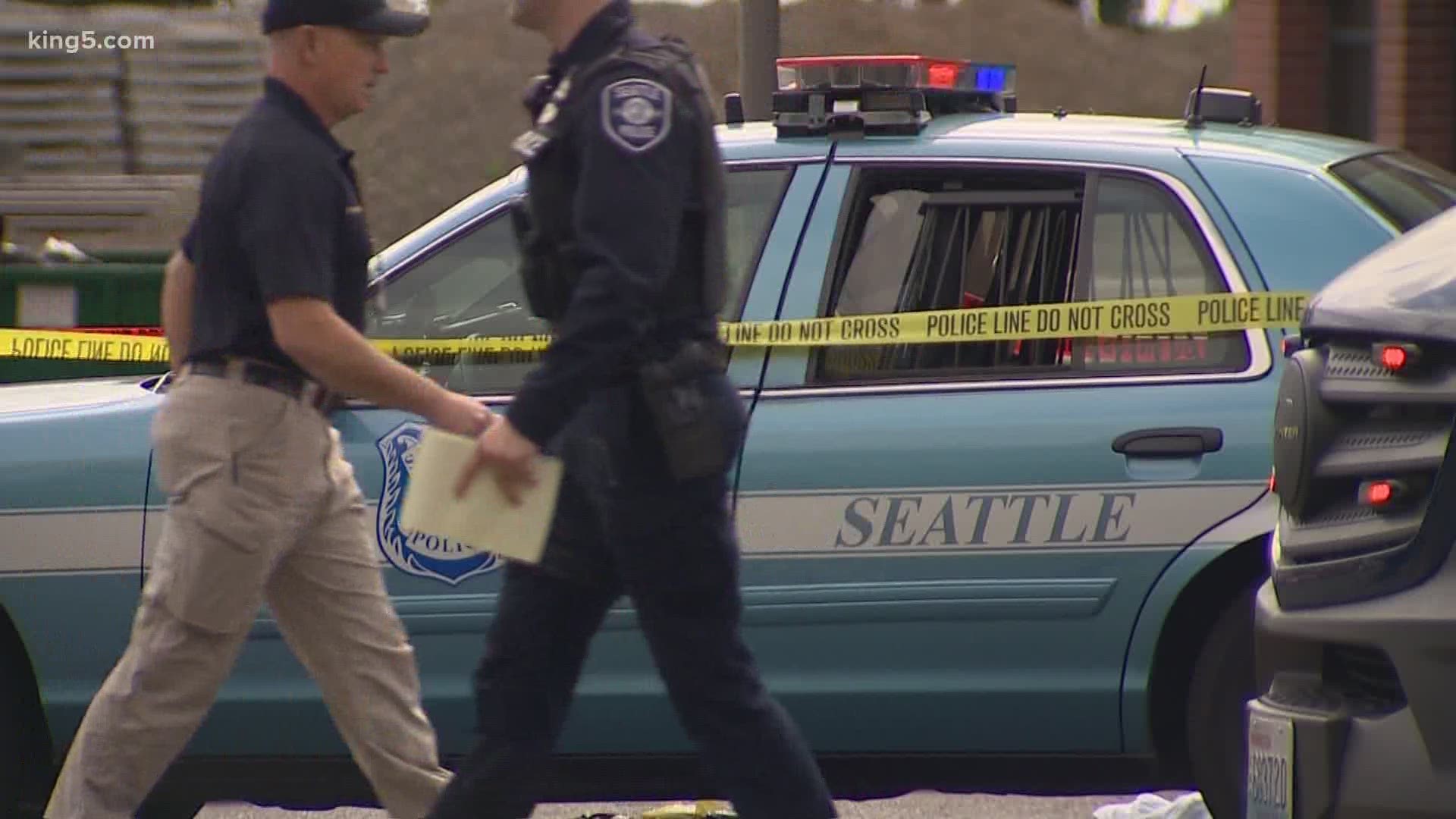 "Today’s proposed amendments begin to repair the harm done to Black and Brown communities by reducing the size and scope of what SPD does while also making a down payment on investments in BIPOC community health and safety models,” Councilmember Tammy Morales wrote on social media.

In a tweet Wednesday night, Council President Lorena Gonzalez wrote, "what we’re doing in the rebalancing for 2020’s budgets plants the seeds and provides a blueprint for massive divestment from our militarized police force to re-invest in community-based public safety solutions."

A series of amendments passed on Wednesday, including one to reduce SPD’s sworn personnel. The councilmembers also voted to eliminate the Homeless Encampment Navigation Team and redirect funds so outreach services continue.

Additionally, there were votes to add $4 million to the Human Services Department for investments in efforts such as the Seattle Community Safety Initiative, add $10 million for HSD to invest in community-led organizations, cut $36,000 from SPD for implicit bias training, cut $50,000 from SPD for travel costs, and cut $800,000 from SPD’s recruitment and retention.

Councilmember Kshama Sawant called a 6-3 vote on her proposal to reduce the pay of 13 police executives, including Chief Carmen Best, a victory.

During the public comment section of the remote meeting, one person said, "what we need are police. They put their lives on the line to protect our communities."

However, most of the comments Wednesday morning were in favor of defunding the police. One person said, "I would like to remind you all that seven of nine councilmembers committed publicly to defund the police by 50%."

"No delays, diversions, backtracking, or half measures,” another person told the council.

Councilmember Teresa Mosqueda said what they are working toward is "re-envisioning and reimagining what community safety looks like" and "investing in community and right-sizing our department."

Seattle Mayor Jenny Durkan said Wednesday, "Council has proposed cutting a hundred officers this year and the resolution indicated maybe 100 or 200 more next year. I don't think you can provide the level of public safety you need in Seattle by just cutting those numbers."

The Seattle Police Officers Guild launched the StopDefunding.com campaign and is planning a rally at Seattle City Hall on Sunday at noon.

In part, a statement released by SPOG said, "as law enforcement officers, we took an oath to serve the city of Seattle and all of its citizens. The potential defunding of the police department will impact all of us in our community beyond measure and we feel this campaign highlights how out of touch the city council has become."

There will be another discussion on the topic on Monday, August 10, and a full council vote is expected to happen sometime next week.

Over the course of several months, demonstrators in Seattle and around the nation have made calls to “defund the police" by 50% and reallocate funds to other community services.

Seven of the nine Seattle City Council members support a 50% cut to the police department's budget.

Mayor Durkan and Police Chief Carmen Best blasted the drastic cuts Tuesday and claimed the council has never sat down with Best on how the department is run and ways for it to improve.

SPD's budget this year was more than $400 million. If it was cut in half, Best says around 700 officers would be laid off.

"There's almost no way to cut those officers in the way that council has requested. And it isn't possible to do it by November of 2020," Durkan said.

"If the council really wants to reduce the force of officers by 100, let's acknowledge that it means that you're going to lay off the most diverse recruits and new officers. That's the reality of it. The chief and I do not believe that that is worth the trade-off of $1.6 million, and it takes policing in our city in the wrong direction," Durkan said.

"The council has directed me to lay off 70 or more officers, basically overnight. I cannot do that in good faith knowing there are no systems in place to bridge the gap," Best said.

Durkan said laying off all those officers at once will cut off community resources and create a gap in services and response time.

The pair also slammed the council's proposal to dip into the rainy day fund.

"Look, 2020 has been an awful year. We are facing a global pandemic, a huge economic downturn, a civil rights uprising... I'm not confident that in 2020 and 2021 that there won't be emergencies. We know that to defer some of this, the rainy day fund, it's the only cash we have in the bank. Literally, they are zeroing out our rainy day funds and our emergency funds," Durkan said.

"Chief and I share the goal of much of Seattle. We want to lead the nation in reimagining policing. We know that we can do that and still protect public safety and have a system in place where people get the help they need 24/7 in every part of the city." Durkan said. 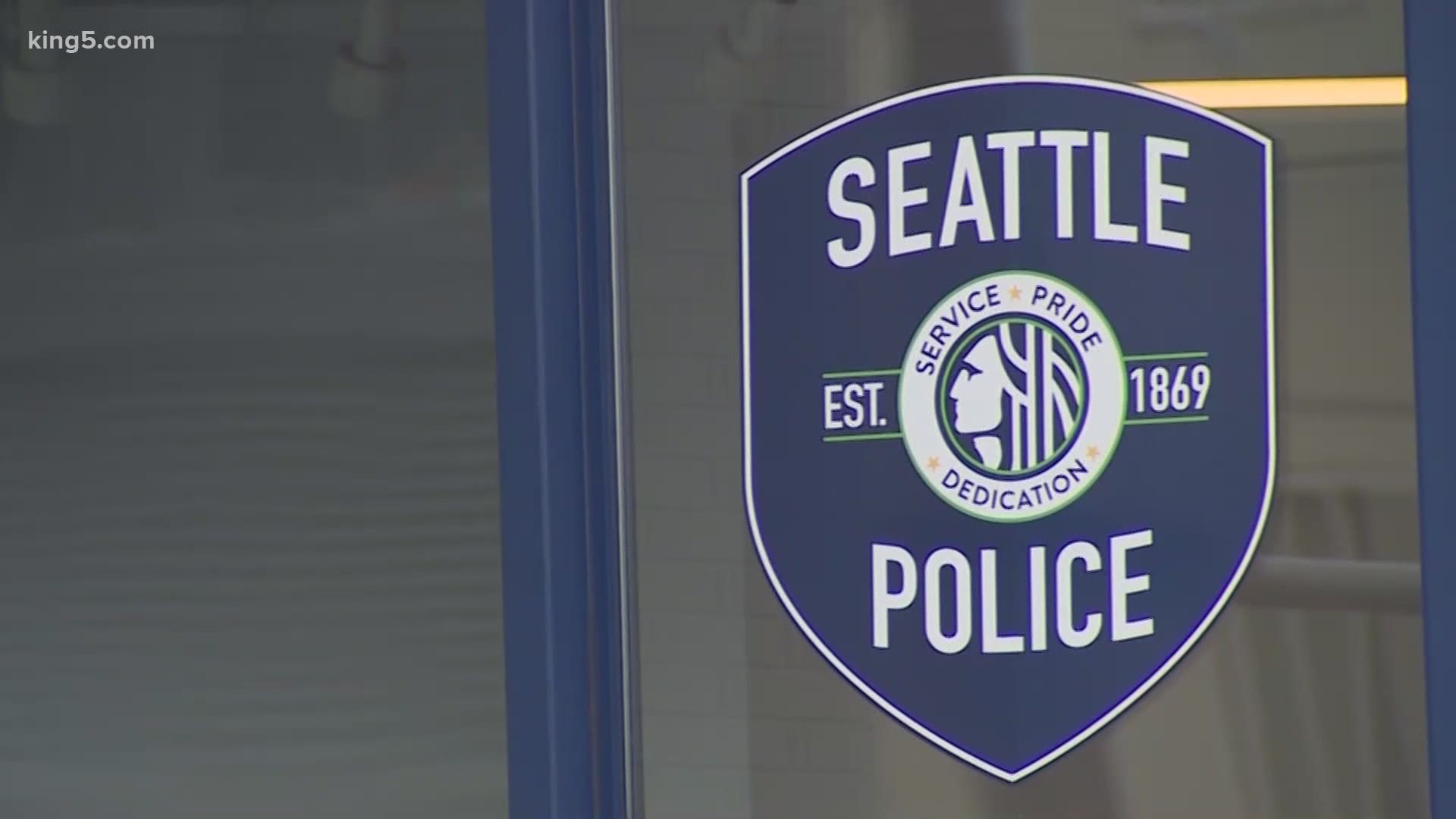