While Washington state hasn't seen the intensity of fires in Oregon or California, the state is in the middle of it's most at-risk time for fires. 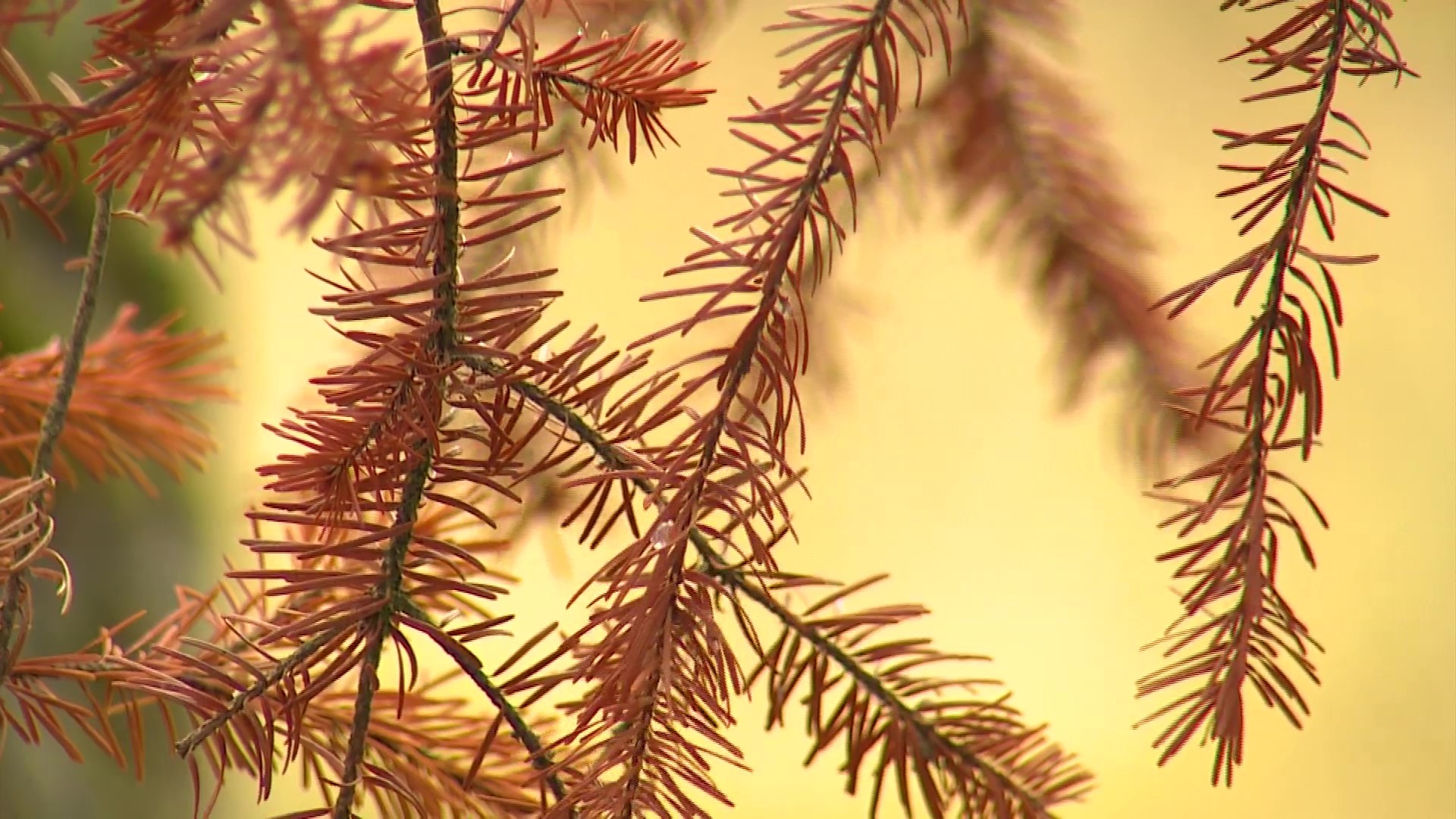 Washington is now under a state of emergency for wildfires across both sides of the Cascades, where several large fires are now burning.

The state has not declared a drought. Washington state law defines drought as creating an economic hardship, largely involving water shortages for farmers and cities. This has not happened because of last winter’s strong snowpack at high elevation, meaning reservoirs have enough water.

However, the new Drought Monitor, a joint Federal project which includes the USDA and NOAA, does show much of the Cascades and southwest Washington either abnormally dry or in drought now.

Even for most of the state, which is not considered excessively dry or in drought, conditions are dry, which is seasonally normal for this time of year.

Dry conditions persist, despite some cooler, cloudier weather with some showers. In a patch of forest in Lacey, Vaughn Cork, a fuel analyst with the Washington Department of Natural Resources, on Thursday used a Protimeter to measure the moisture content of trees, soil and other materials.

Downed trees, limbs, needles, dried grasses and weeds are all considered potential wildfire fuel that could start a quickly spreading fire if struck by lightning or started by humans. The electronic device has a probe with two steel needles that when put into contact with wood or other material, can measure the level of moisture by passing a current.

One of those downed logs that Cork tested this week is about a foot across.

One of the reasons for an emergency declaration for wildfires has to do with limited resources, firefighters, aircraft and engines. The Department of Natural Resources, which is the largest fire department in the state, is responsible for wildfire on 13 million acres of state and private lands.

The agency says it has had to help out on fires in Oregon, which have been larger and greater in number this summer. So far, the agency says, it has not been requested to help out in California, where hundreds of wildfires are now burning.

But we're in the middle of what has historically been the state's driest, and most dangerous, stretch. August and September typically are the biggest months for wildfires in Washington.