The bust comes during a two-year investigation by the Seattle Police Department and FBI into illegal firearms and drug trafficking. 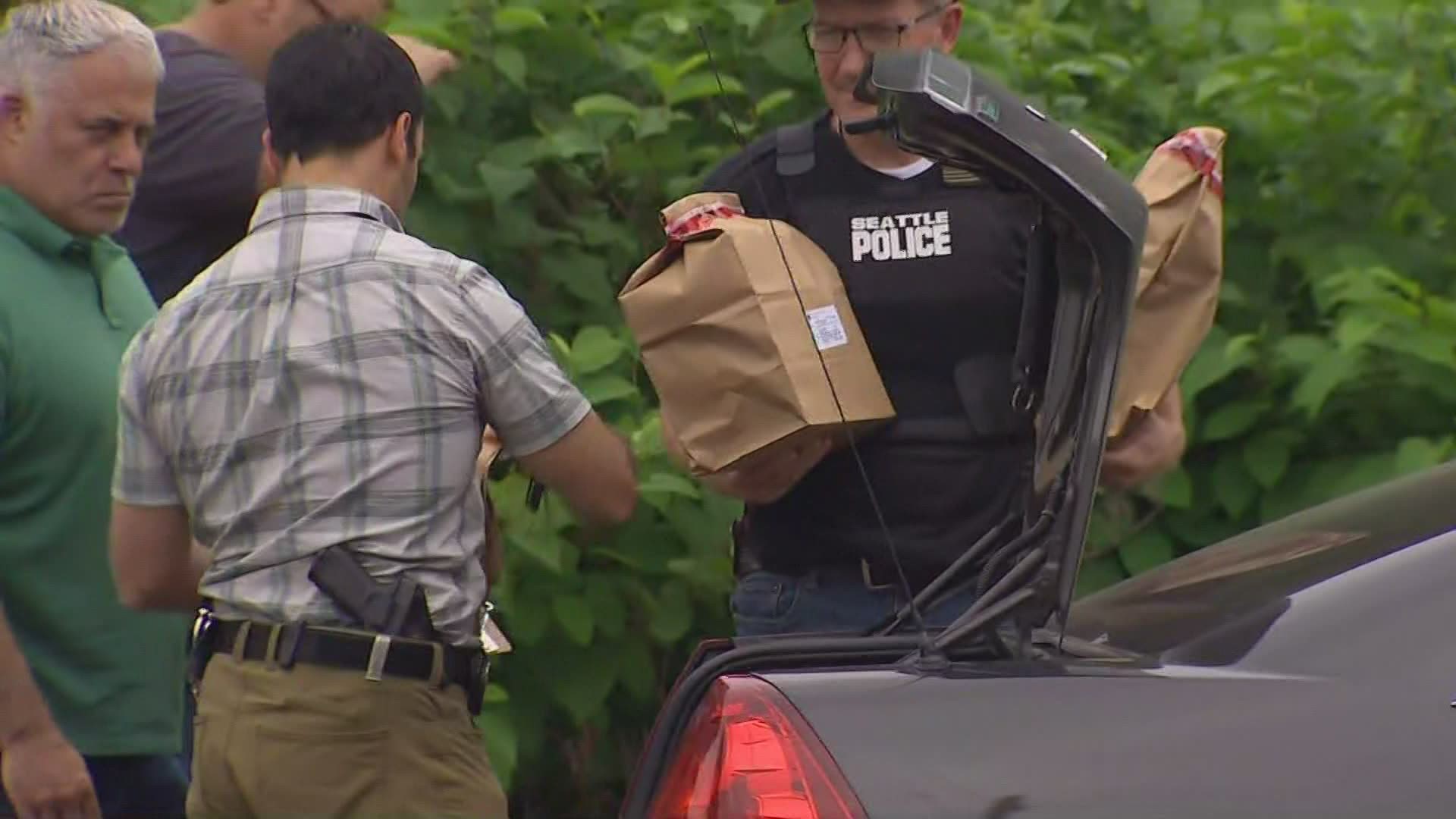 SEATTLE — A drug trafficking suspect was shot by a Seattle police officer in Puyallup Wednesday during a large bust that spanned across the Puget Sound region.

During a noon press conference, Chief of the Seattle Police Department Adrian Diaz was joined by Special Agent in Charge for the FBI’s Seattle office Donald M. Voiret to discuss the shooting and the operation surrounding it.

Over the last two years, the FBI and SPD have been working on an investigation into a massive organized drug trafficking operation as well as illegal gun possession.

Wednesday morning, SPD officers and agents with the FBI executed 19 search warrants around the Puget Sound region, seizing 48 illegal firearms and arresting 12 people suspected of drug trafficking and other crimes.

This was the second massive bust involved in the investigation. The first bust occurred in May and resulted in 24 arrests.

“I am incredibly proud of the hard work of my office and our partners to remove dozens of firearms and toxic drugs such as fentanyl and cocaine from our communities," Voiret said.

They also seized a pill press used for manufacturing fentanyl tainted pills, three pounds of methamphetamine and some heroin.

Both Diaz and Voiret explained that the busts don't only express the agencies' commitment to combatting drug trafficking but also illegal firearms in the community.

"We have to send a strong message that we're not going to tolerate gun violence," Diaz said during the briefing.

More than 1,000 shell casings have been recovered by SPD since Jan. 1, Diaz said.

The shooting in Puyallup involving a Seattle officer happened while executing one of the 19 search warrants.

It occurred near State Route 512 and SE 7th Avenue.

"Before entering the home officers announced that they were there on a warrant. They knocked, announced again, waited and then entered," explained Diaz. "This is preliminary information and may change. The suspect came downstairs. An SPD officer opened fire, hitting the suspect in the pelvis. Two guns were recovered near the suspect." 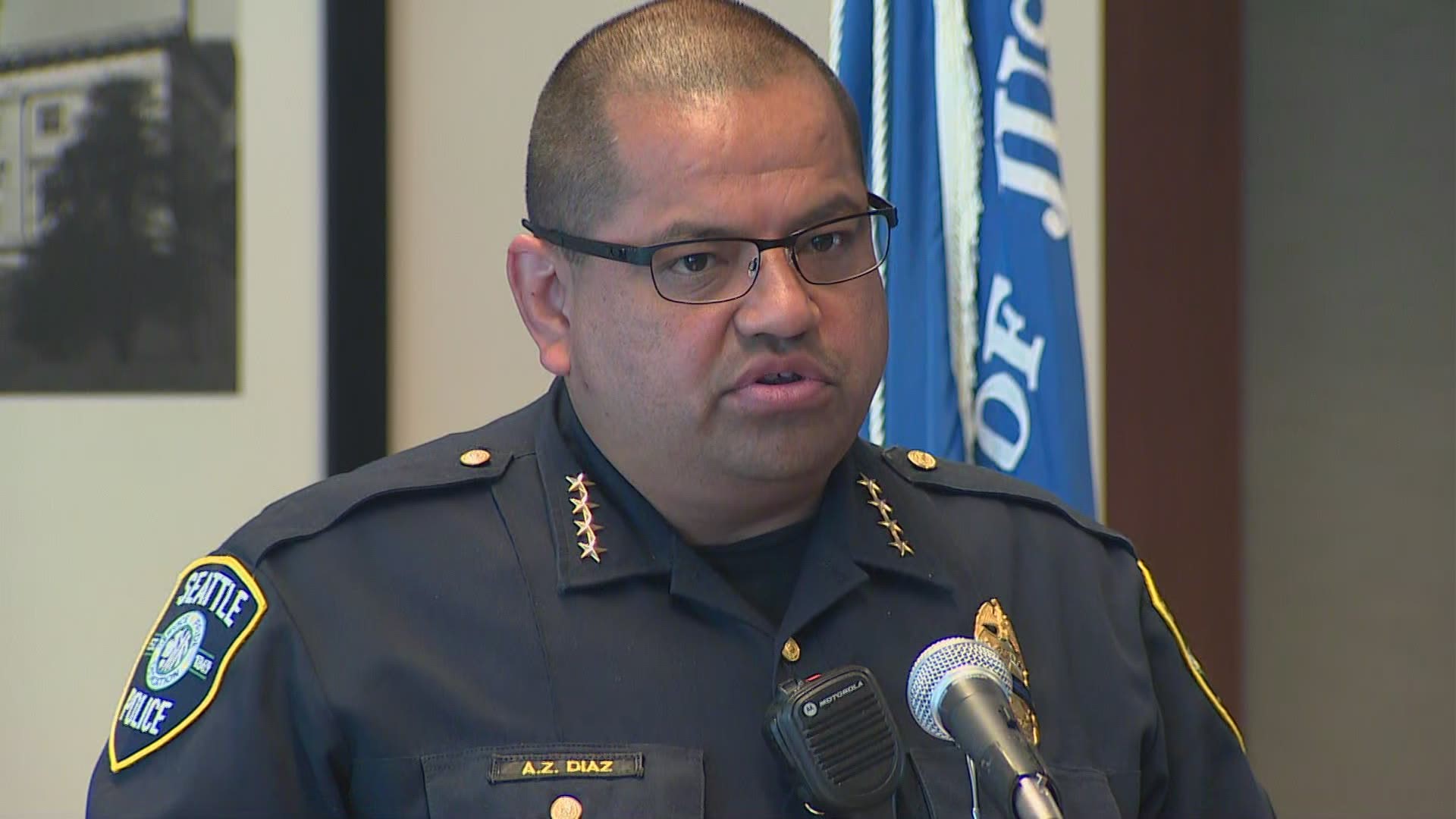 According to a release on Friday, the officers called out "gun" before opening fire on the suspect. The two weapons recovered near the suspect were a handgun and a realistic-looking pellet gun.

Diaz said that officers performed first aid on the suspect until he was able to be transported to a nearby hospital.

The shooting will be investigated by SPD's Force Investigation Team as well as the FBI, which is looking over the entire operation.

The Office of Police Accountability will also determine whether or not the officer's use of force was warranted.

Per SPD policy, body-worn camera footage will be released within 72 hours.