Police are looking for the suspect who stole an RV out of a secured storage lot. 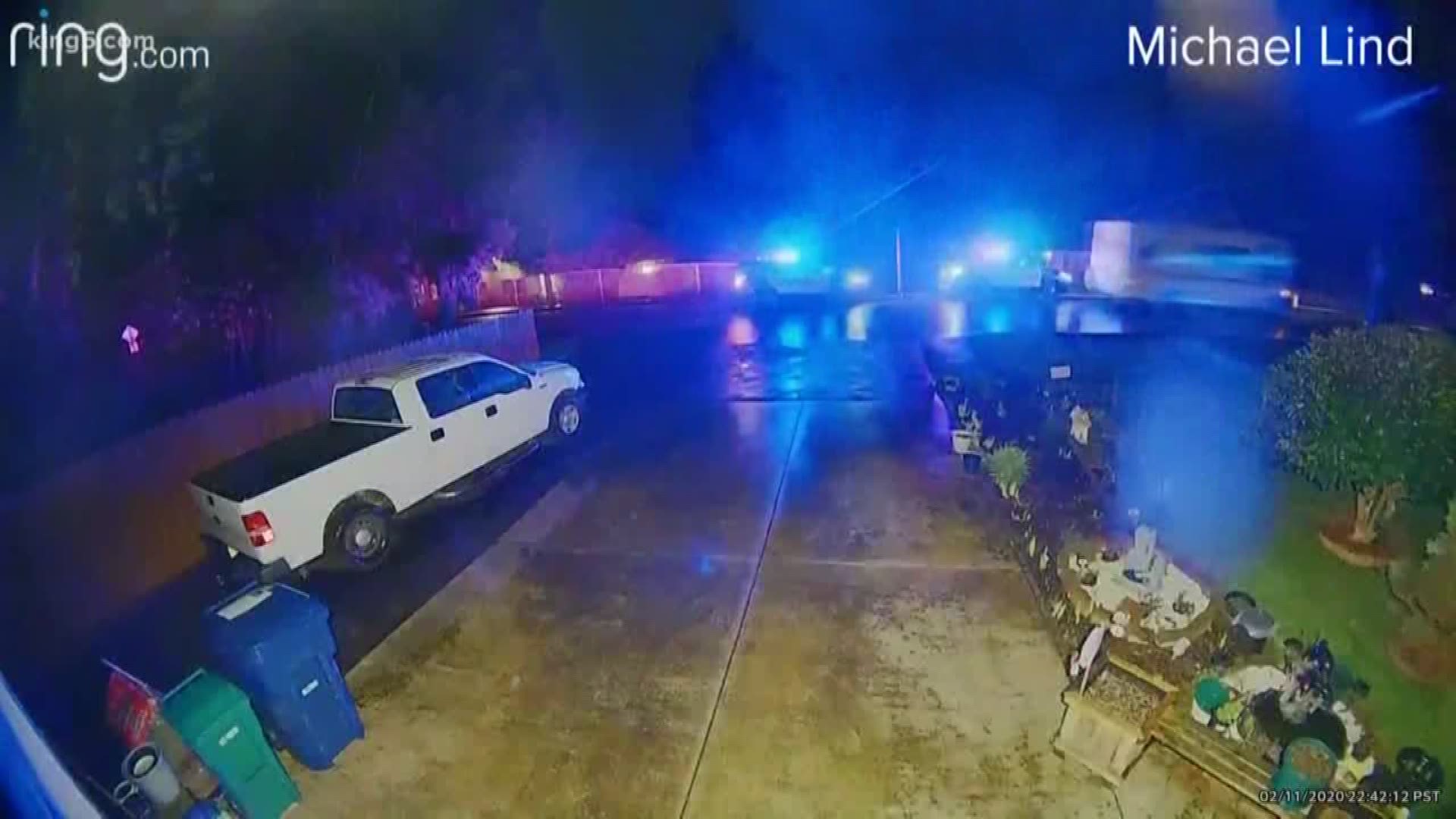 A dramatic chase caught on video shows a suspect in a stolen RV ramming into a Federal Way police vehicle.

Police said just after 10:30 p.m. Tuesday, units responded to a report of an RV crashing through a storage lot off of 24th Avenue South.

Officers spotted the vehicle and tried to stop it when the suspect in the stolen vehicle continues to drive away.

In security footage recorded on a home security camera, the RV is seen reversing and slamming into one of the police vehicles.

The officer in the damaged vehicle was not seriously hurt.

Rick and Tracy Wertman tell KING 5 they received a knock at the door Tuesday night from a police officer telling them their RV was stolen out of a secured lot.

”The RV in the video that smashed the police car, that was ours. That was here,” said Rick Wertman.

The couple was shocked to find out what happened.

”I mean, what are they doing with it? That’s what I’m scratching my head about. Are they taking it into the woods to live in it?” asked Rick Wertman.

On the way out of the lot, the suspect in the stolen RV slammed through a gate, leaving skid marks in the gravel.

“They’re getting more brazen about it, and people are starting to get hurt now,” said Tracy Wertman.

The couple said this isn’t the first time something like this has happened.

“This is the third incident for us here, the second incident with our motor home”, said Rick Wertman.

The couple said they’re fearful the barbed wire, gates, and security cameras won’t be enough to keep thieves from trying something again.

”Look at the raisers, I mean look how they have tried to secure this place, we have lights and it doesn’t deter them. They’re getting bolder and bolder, more brazen,” said Tracy Wertman.

Police are still searching for the suspect involved in Tuesday’s incident. Anyone with information is asked to call the Federal Way Police Department.