A truck driver had an emotional reunion with the people he credits for saving his life, a good Samaritan and a King County deputy. 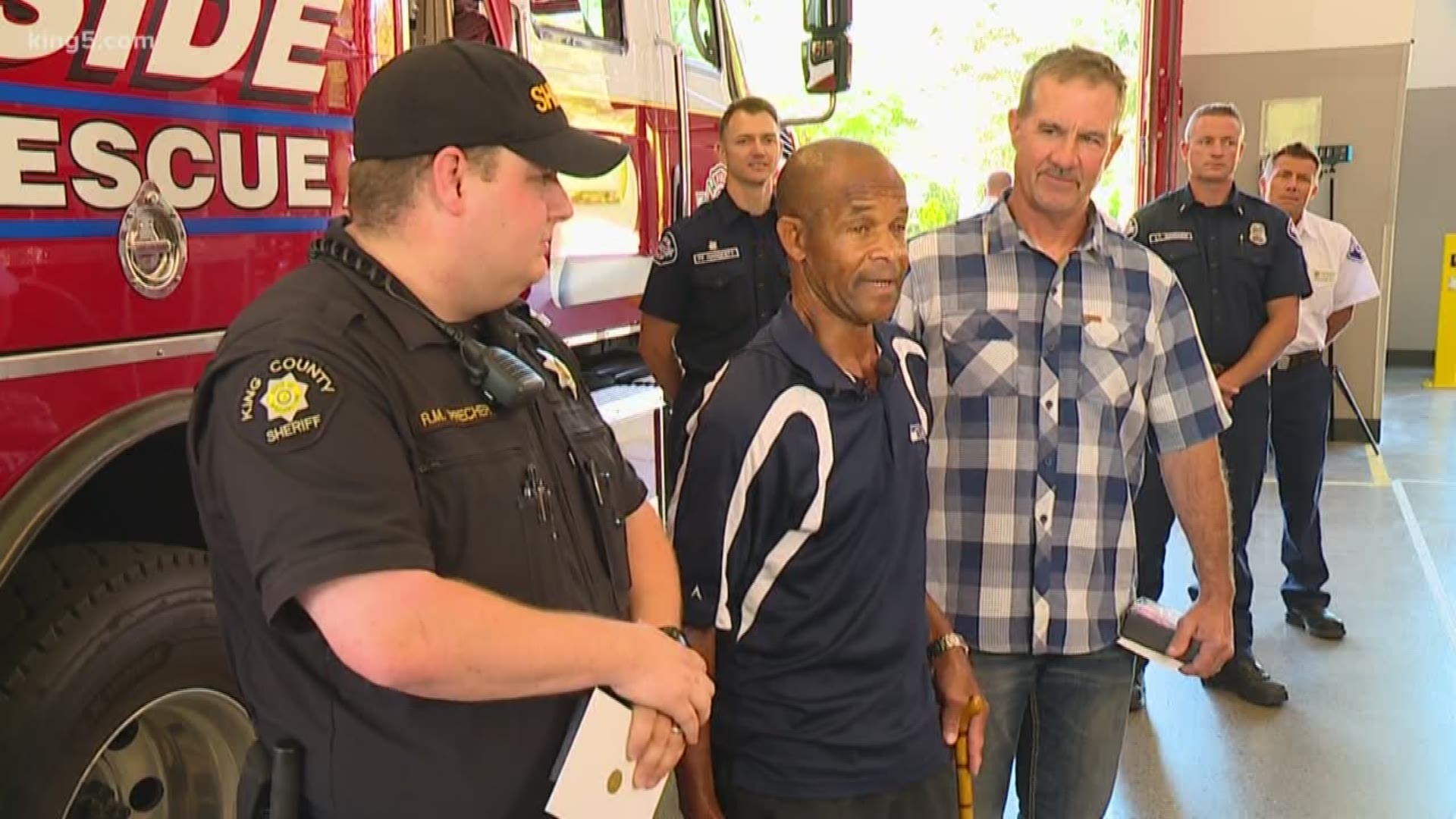 NORTH BEND, Wash. — There was an emotional reunion in North Bend between a truck driver and the two men who saved his life. Darrell Buckingham, a 61-year-old Army veteran turned long-haul trucker, could have died when he passed out behind the wheel of his semi truck.

Jeff Dennis, who also is a truck driver, was the first person to pull up to the accident scene in December of last year.

“I ran around to the driver’s door and reached in and grabbed him and said 'hey buddy, buddy,'” Dennis said.

Dennis called 911 and dispatchers called for the nearest AED, a life-saving device that was in King County Deputy Ryan Sprecher’s patrol car.

The two men performed CPR on the side of the road but both admitted it didn’t look good.

“In my opinion, and looking at the scene, it didn’t seem very likely that he was going to survive,” Sprecher said.

Buckingham did survive, and Tuesday morning he walked into Eastside Fire and Rescue station 87 to thank the two men.

“It’s always important to pay tribute to the first responders. A lot of people take them for granted and it shows they’re always here when you need them the most,” Buckingham said.

Buckingham made it a point to track down the two men who helped him, a sheriff’s deputy and truck driver who jumped into action to save his life.

“I’m going to try and get better and enjoy the rest of what’s left of what I have left,” Buckingham said.

First responders are used to seeing people on their worst days, but Tuesday morning inside this fire station, it wasn’t one of them.