Travel times across the Puget Sound region returned to normal Friday night after thousands of commuters tried to get home before a snowstorm hit Western Washington. 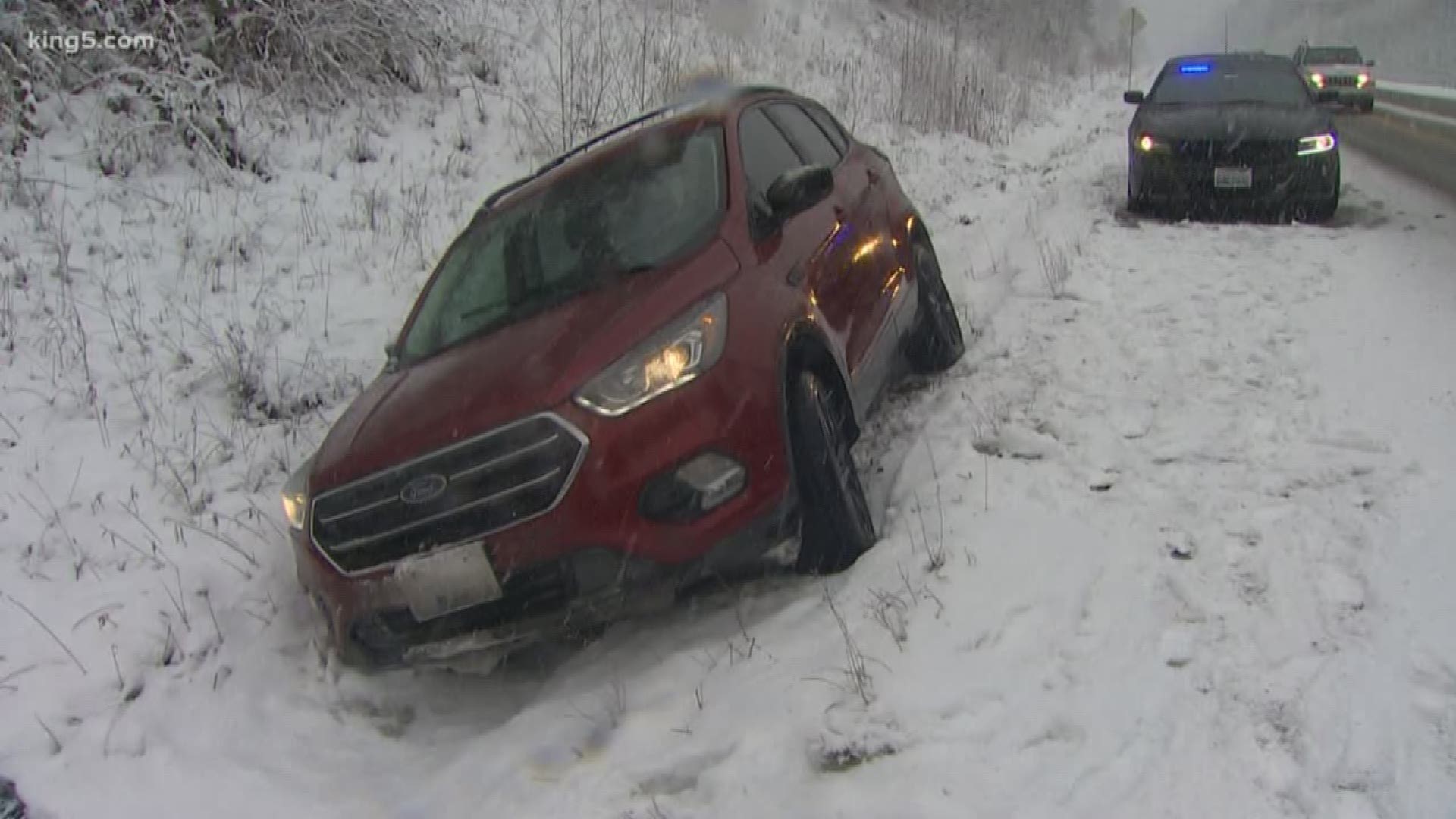 Travel times have returned to normal across the Puget Sound area after skyrocketing Friday afternoon as snow began to move through the region.

Commute times started increasing around 12:30 p.m. Friday when the snow began to fall in the Seattle area. By 3 p.m., several commutes, including Redmond to Seattle, Seattle to Federal Way, and Bellevue to Everett, all hit triple digits for commute times.

RELATED: Trooper's advice for driving in the snow and ice

Travel times started to shorten around 4:15 p.m. as fewer drivers were on the road, and returned to normal by 6 p.m.

Although travel times across the region have returned to normal, officials are urging the public to remain at home and to stay off the roads if possible.

“We really need the public to step up again, and I want to say once again, during the closure of the viaduct the public really did what they need to do to make that experience better for everyone,” said Seattle Mayor Jenny Durkan. “People will stay safe if they act safe. If you do not need to go anywhere, please don’t drive. Do not get in a car and drive. If you can please stay home.”

The snowstorm is expected to bring 4-8 inches of snow to Western Washington through Saturday. Areas on the Olympic Peninsula and north of Everett have already reported several inches of snow, according to the National Weather Service.