Six Black leaders who have made an impact on western Washington share a drink with KING 5's Chris Daniels to commemorate Black History Month.

February is Black History Month, and we are raising a glass to the spiritual and social leaders in our region.

KING 5’s Chris Daniels is back with another round of "Drinks with Daniels." He sat down with people who have made an impact in King, Pierce and Snohomish counties.

For many, Doug Baldwin needs no introduction as the former star wide receiver and All-Pro for the Seattle Seahawks. But he also stands out as the son of a police officer and for his stance on social justice issues. He’s also quietly been involved in pushing for legislative change in Olympia, including I-940, and building a foundation and community center in Renton. 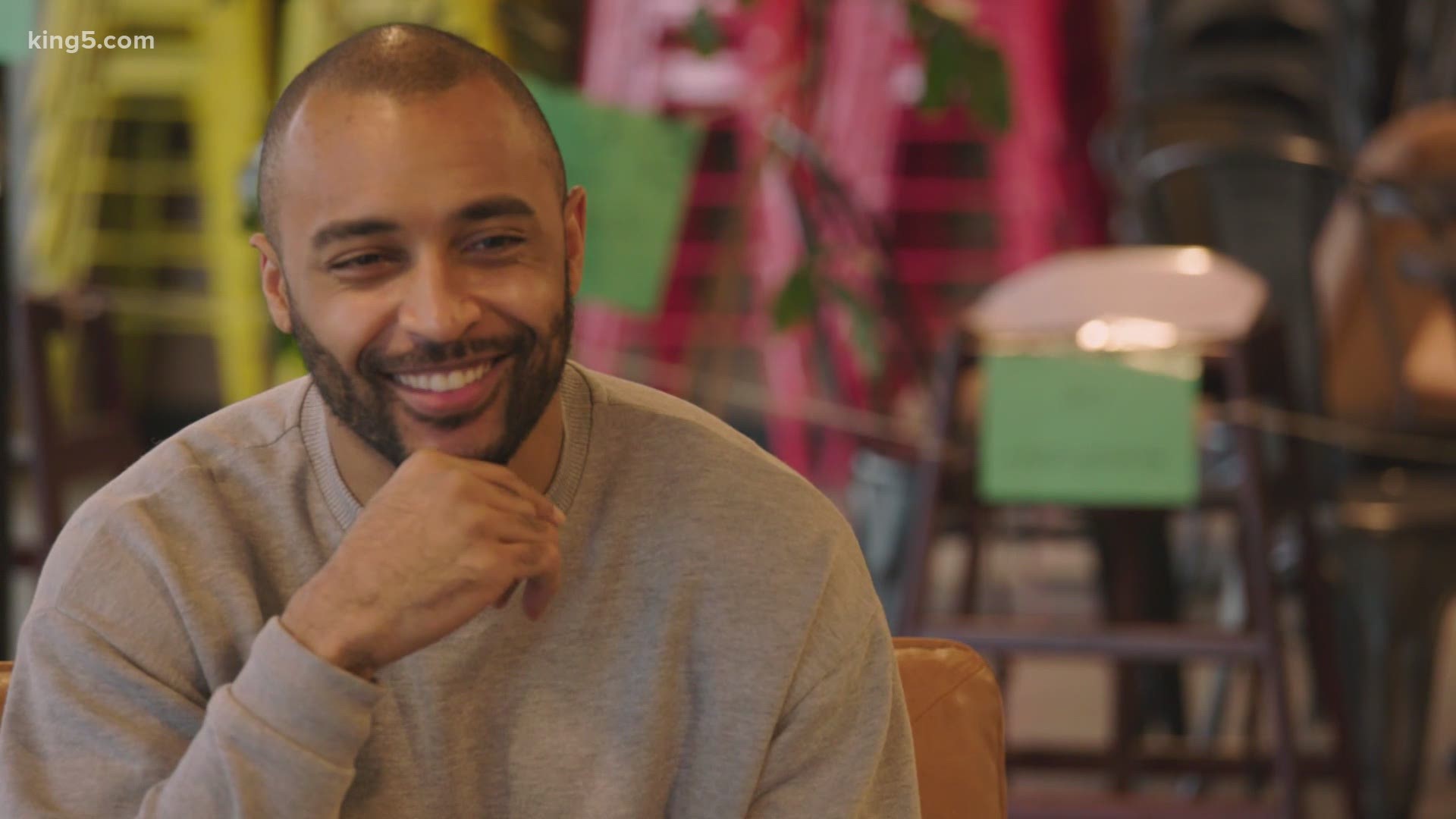 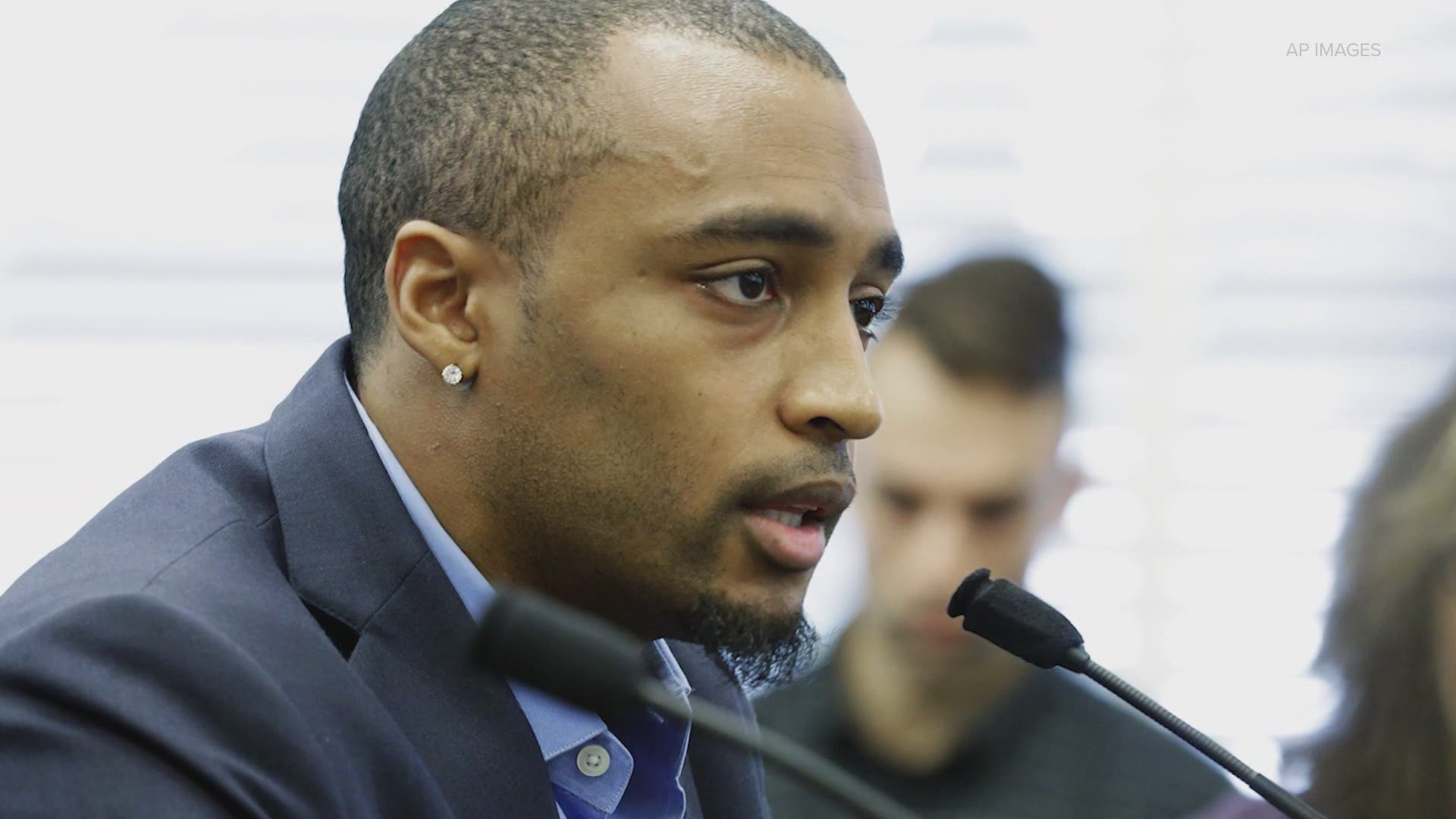 T'wina Nobles did what many thought was unlikely in Pierce County – beating a well-liked Republican in a purple district and made history in the process. Nobles had an unlikely path to Olympia as a mother of four who was at one point in foster care and homeless.

Nobles discussed getting racist threats on the campaign and how she persevered to win the election.

Nobles and Daniels had vodka sours at her home in Fircrest. 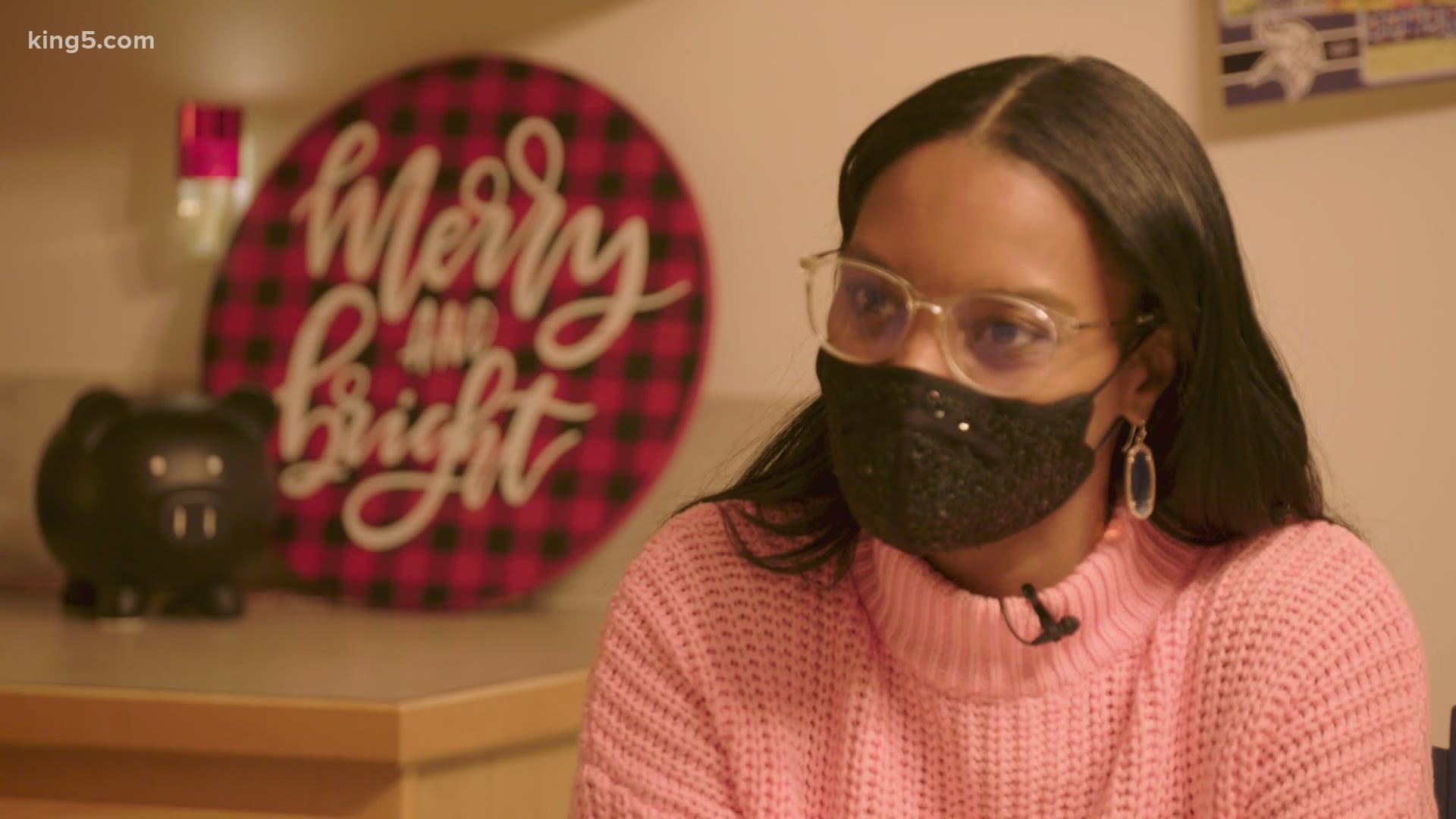 John Lovick has been a longtime politician and public servant in a predominately white county. Lovick, whose great grandfather was born a slave, talked about his journey from Louisiana to Snohomish County, his perspective as a former cop on George Floyd and how he’s trying to change the system in Olympia.

Lovick and Daniels met up for coffee in Snohomish. 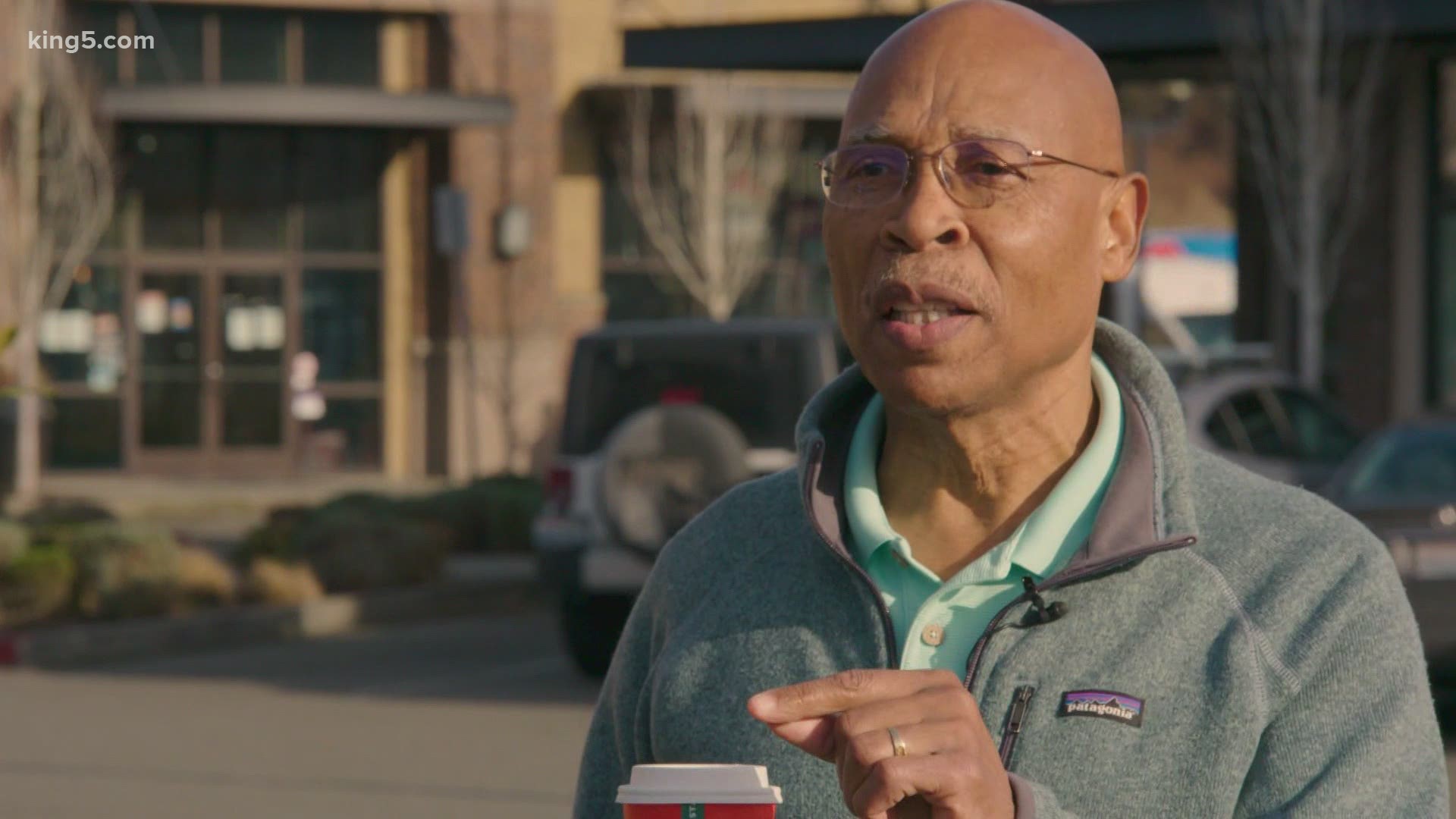 Mount Zion Baptist Church is a Seattle institution dating back to 1890 that has counted people like former Seattle Mayor Norm Rice and KING 5 Political Analyst Ron Sims as members. It is also well known as the home of the late Rev. Dr. Samuel McKinney, who went to school with Dr. Martin Luther King Jr. and brought him to Seattle for his only visit in 1961.

Rev. Phyllis Beaumonte talked about the history and Seattle’s dubious background with redlining and its place in Seattle today.

Beaumonte and Daniels drank water in the church sanctuary. 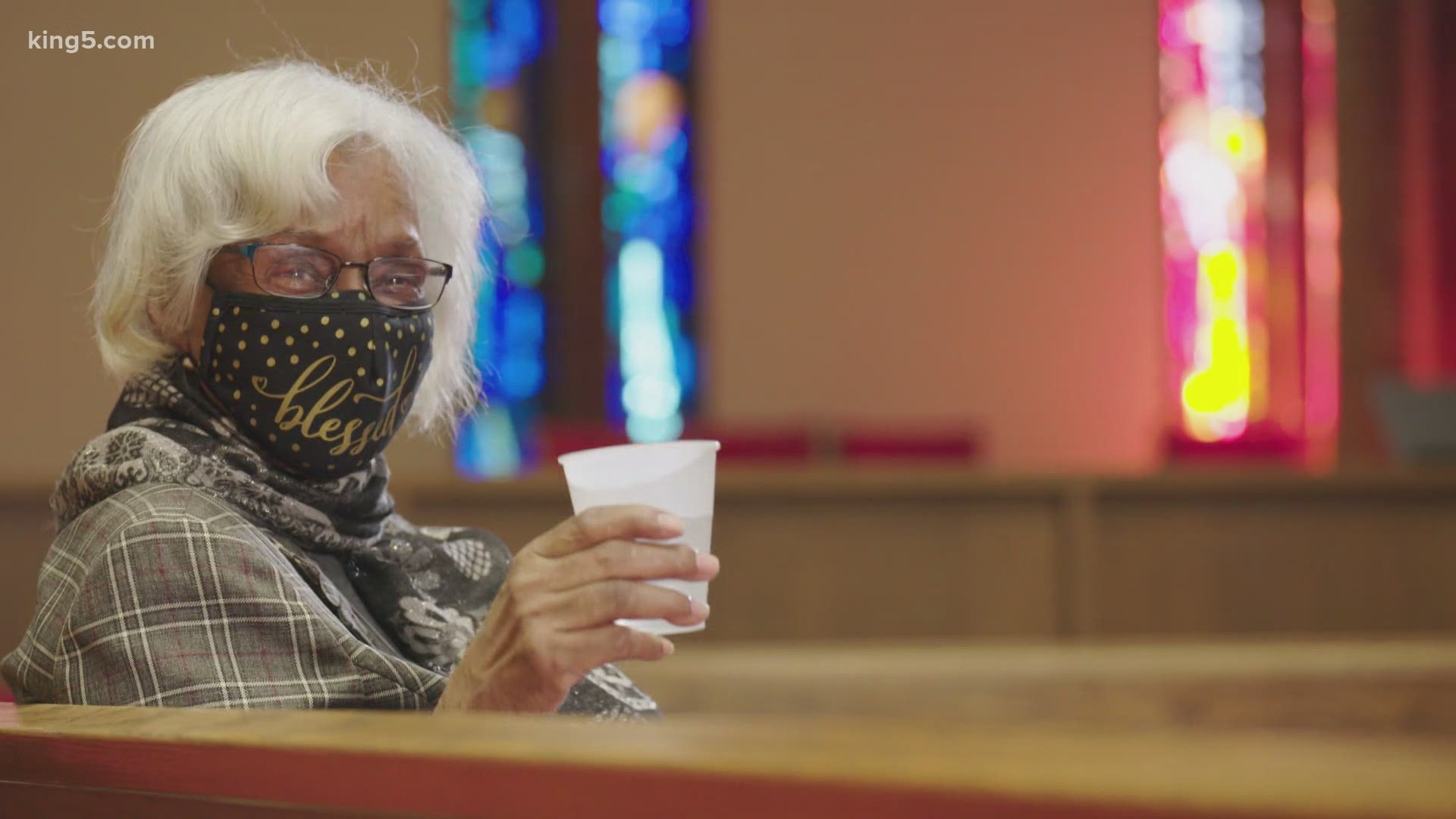 Kent Keel is a rare elected leader in the South Sound who is a person of color and who sits in any position of power in transit.

He talked about how he became interested in politics through civic activism and transportation.

Keel and Daniels had Mexican hot chocolate in University Place. 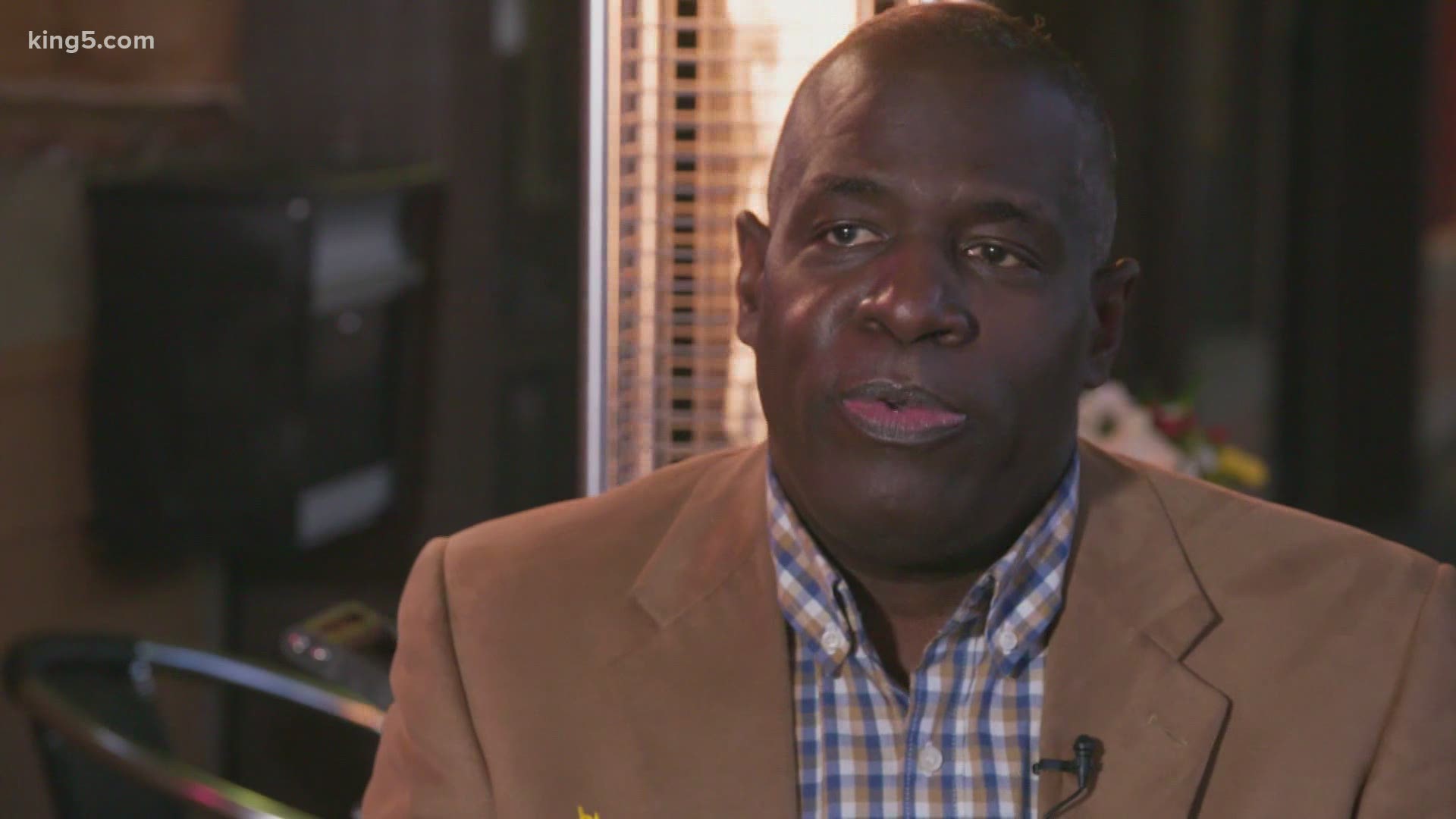 Girmay Zahilay is a Sudanese born, Ethiopian immigrant who took on a legendary King County council member to win a seat in 2019. His first year involved pushing to change the King County Sheriff to an appointed versus elected office. He’s also part of a new school of politicians who are successfully leveraging social media to get young people interested in politics.

Zahilay and Daniels had coffee at an Ethiopian coffee shop in Seattle. 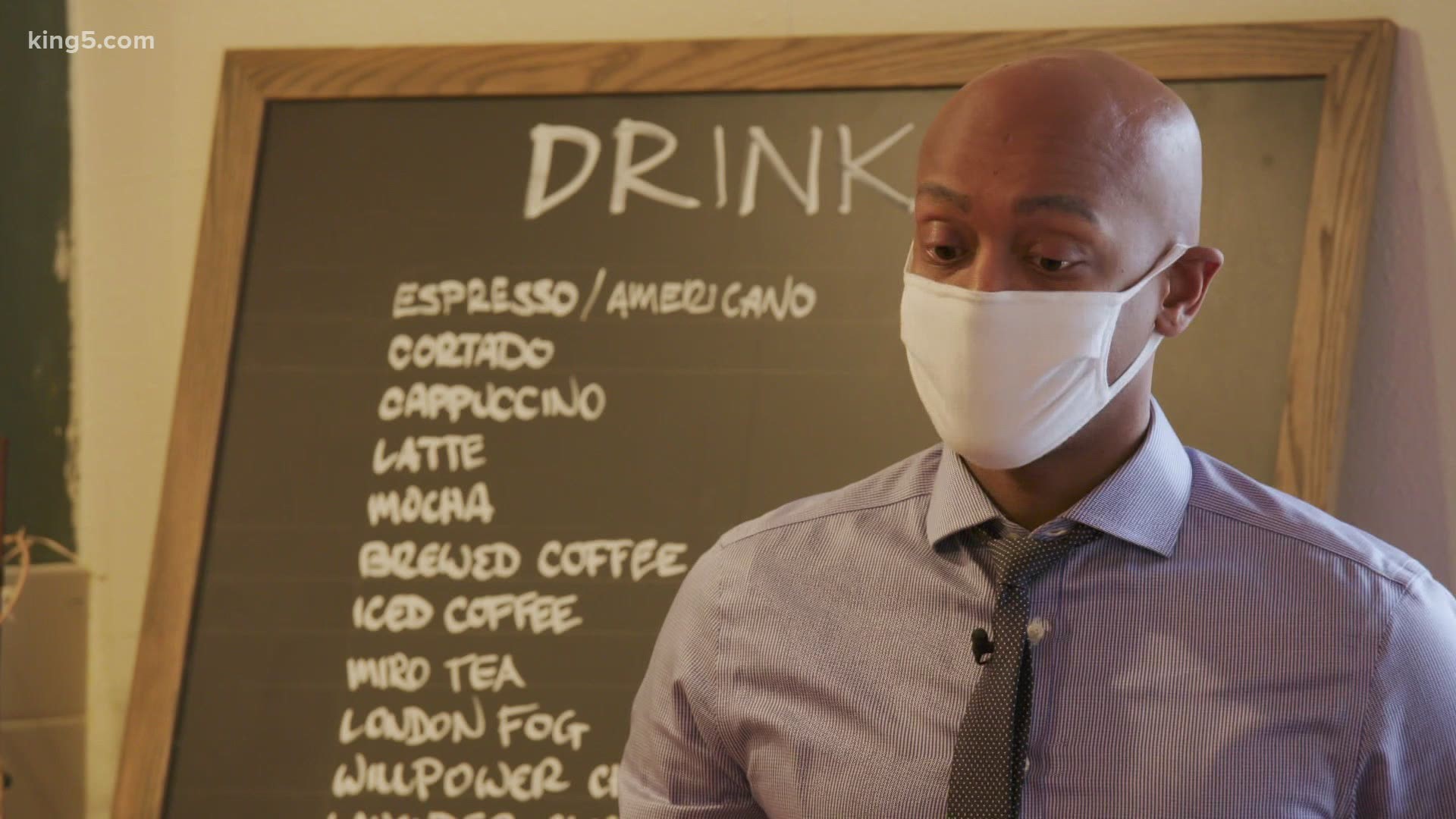