There are thousands of power outages across western Washington, as the region deals with layers of ice, slush and snow. 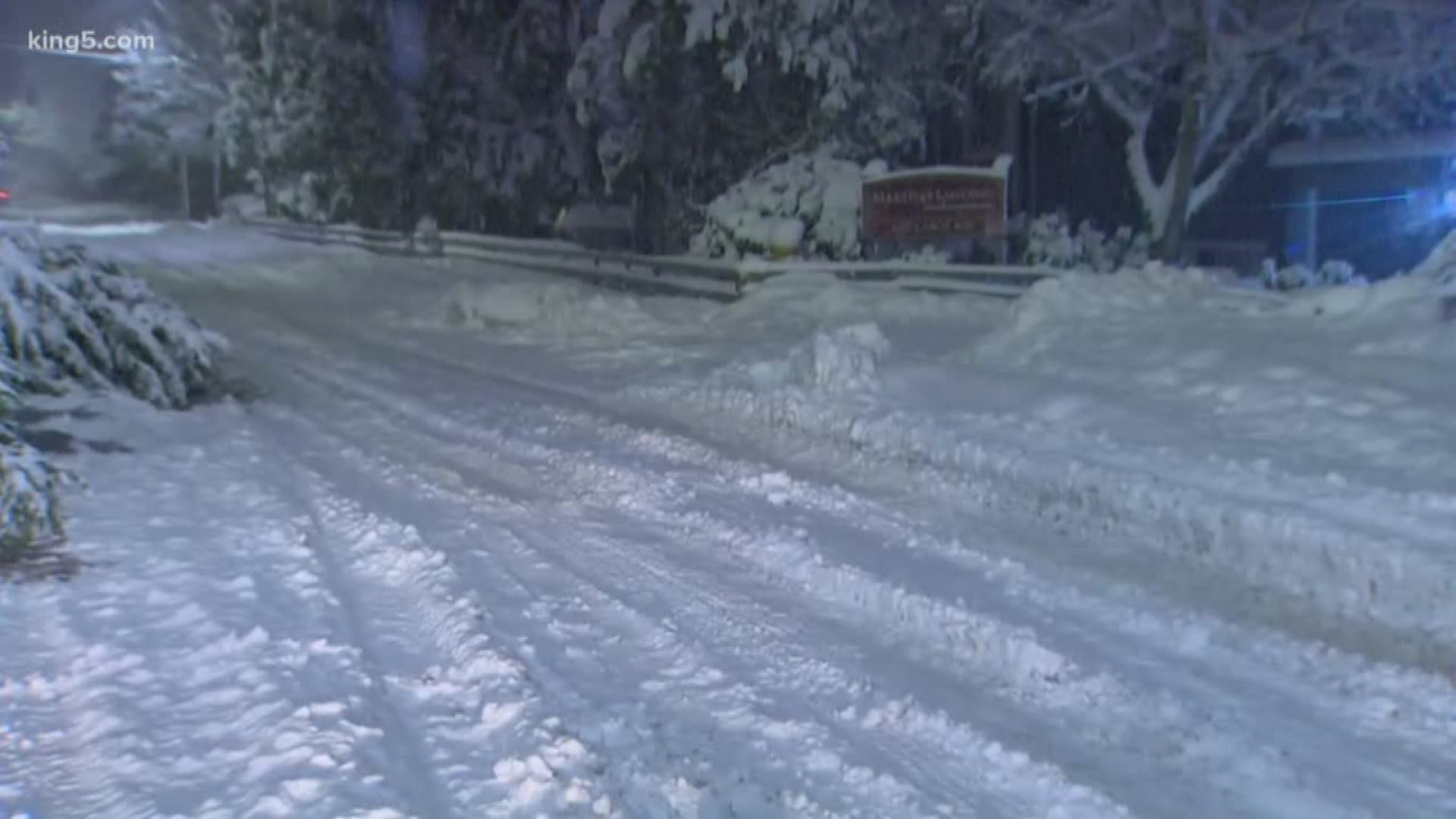 The storm that brought heavy snow to the Puget Sound region continues to cause problems as trees fall onto power lines and roads.

The heavy rain and snow increases the threat of trees falling.

Over in east King County, Puget Sound Energy is dealing with widespread outages where there are a number of downed power lines.

Around 8:30 a.m., the Redmond Police Department was reporting at least five road closures.

The Kirkland Police Department told people to avoid heavily-wooded areas due to numerous reports of downed trees and falling limbs.

On southbound I-405 in Lynnwood, a downed tree blocked two lanes of traffic.

In Tukwila, a downed power line resulted in a fire Tuesday morning.

There were around 920 Puget Sound Energy customers without power as of 11:30 p.m. on Tuesday.

The agency expects restoration efforts will slow Tuesday as crews turn their focus to smaller clusters of outages. Smith expects all customers will be back online by Wednesday morning or afternoon.

RELATED: How to contact your power company or report outage

Snohomish County Public Utilities Department has around 1,775 customers without power.

Peninsula Light had 24 customers without power and Mason County had around 1,900 outages Tuesday night.

Outages are expected to continue as winds pick up throughout the day.