The South Park Bridge was able to reopen Tuesday after over 48 hours of nonstop work by utility crews to clear the fallen poles and debris. 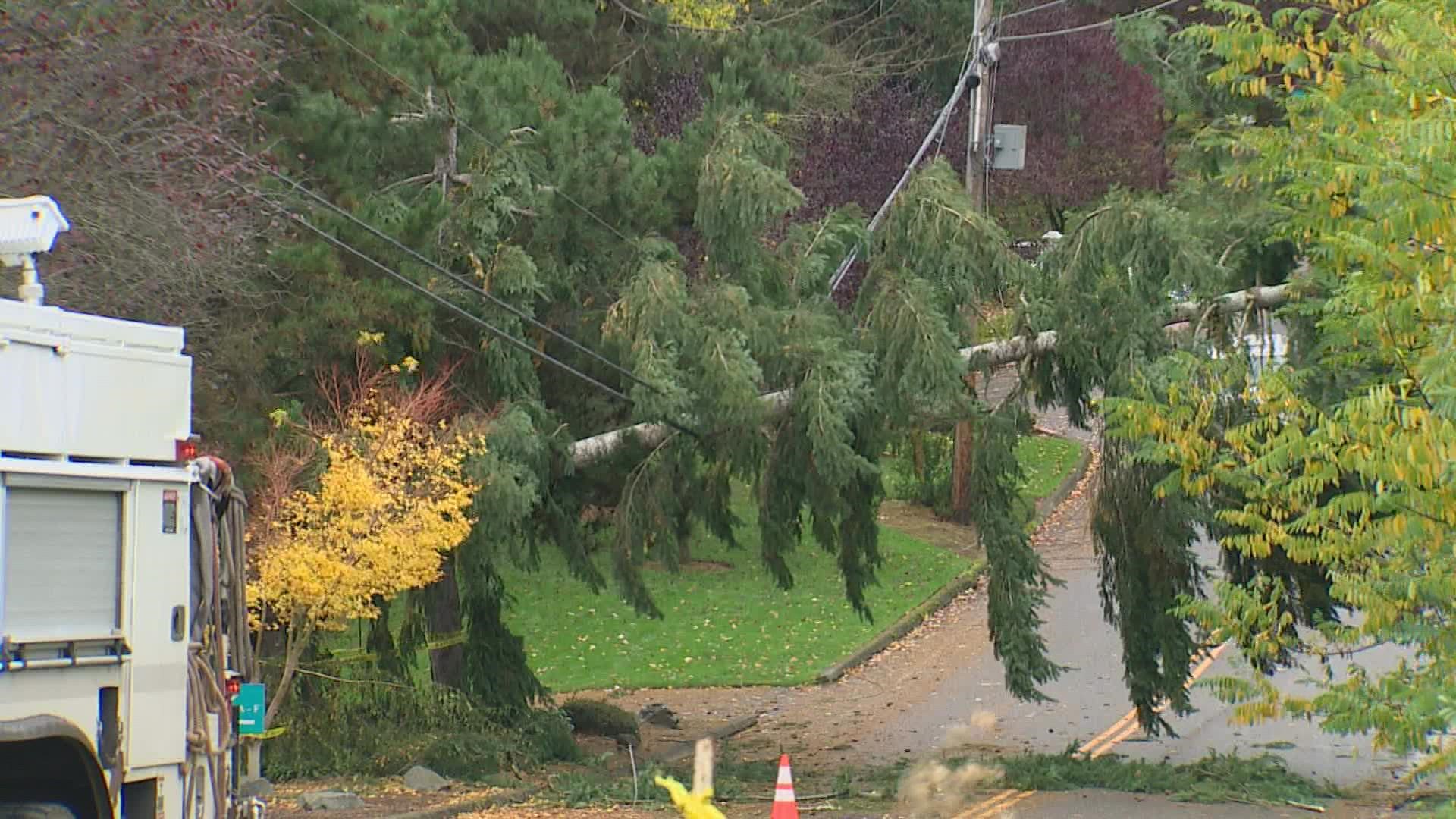 SEATTLE — As western Washington continues to brace against strong winds and prepare for more rain in the coming days, damage from Sunday’s storm is wreaking havoc in many areas.

While downed trees can cause extensive damage and pose a threat to drivers and residents, downed electrical lines and utility poles take an extended amount of time to clean up and often cause power outages.

The downed power lines were just north of the 26 power poles that came down in 2019, causing a power outage for more than 10,000 customers and an extensive clean-up.

These poles were last inspected in August 2021 when three poles were identified for replacement. The design and permitting process is still ongoing.

The 15 poles that fell Sunday were being transferred to a different location for inspection. 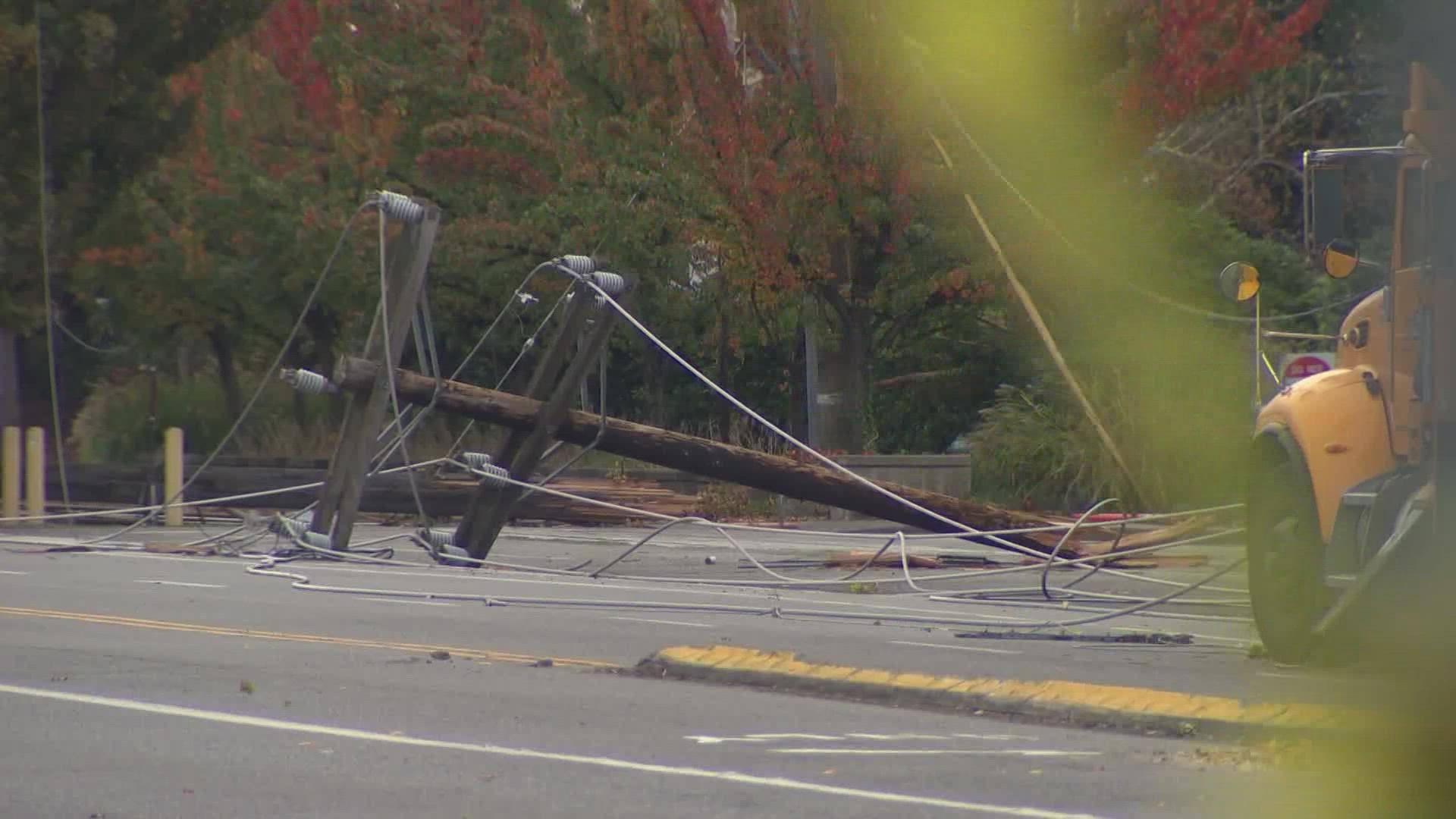 FYI this stretch of 118th Ave SE is still closed due to downed trees. https://t.co/HWpphbCZoM

Further north of Seattle, Westbound NE 1116th Street just west of Interstate 405 in Kirkland reopened Monday afternoon after being closed due to a downed tree and power lines. There is still a detour in place for eastbound NE 116th Street.

Officials urge those who come across downed power lines to assume the lines are active and to stay at least 30 feet away.

Travelers should expect delays through Monday and are encouraged to either stay home or alter their commute to not travel during peak hours.

As of 5:15 p.m. Monday, more than 18,000 customers were without power in the Puget Sound region. Check Puget Sound Energy's outage map here.

High winds and rain, created by what’s called a bomb cyclone over the Pacific Ocean, are expected to continue Monday throughout western Washington.

A High Wind Warning is in effect until midnight Tuesday for areas across western Washington including San Juan County and western Whatcom and Skagit counties with sustained winds of 30-40 mph and gusts up to 55 mph.