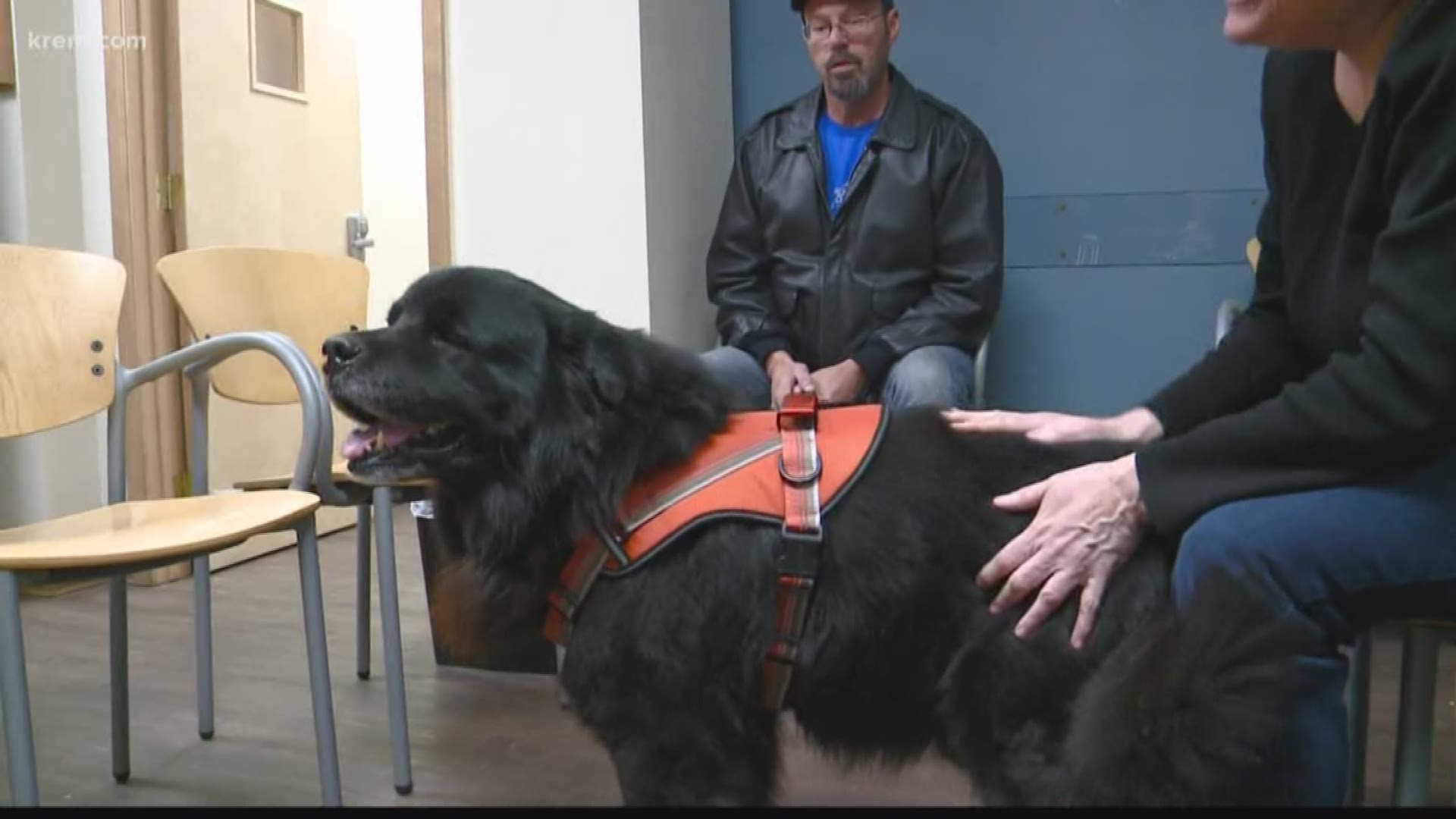 SPOKANE, Wash. — SNAP staff found a fur-ever home for a dog who belonged to a late homeless client.

Rocky's owner Ray had been a SNAP client since 2010, said Communications and Marketing Specialist Nicole Bishop. She said he had since suffered a Traumatic Brain Injury and became homeless.

Ray and Rocky, a 7 to 8-year-old Chow-Chow/Newfoundland mix, had lived on the streets since 2015. Bishop said Ray didn’t have a family and he saw the SNAP Homeless Services team as his family.

“I’m going to miss Ray,” Christie said. “I feel better knowing he died safe, and warm, and around people who care for him.”

Rocky stayed by Ray’s side through his period of homelessness.

After more than 200 people reached out to SNAP wanting to adopt Rocky, staff finally found him a home with the Hoffer family in Spokane Valley over the weekend. Rocky has also found new friends in two cats.

Bishop said they have a large yard and "seem like a perfect fit," adding that they saw Rocky's story from KREM.

"They said we could come get him and hang on to him for the weekend. Then they came over yesterday to see how he was doing, and he's doing great. So it's like okay, we've got a new dog," said Val and Russ Hoffer, who adopted Rocky.

The couple and their teenage son say they'll bring Rocky back to visit his SNAP family often. They'll also take him to community outreach events.

Staff said many of the requests to adopt Rocky came in from the Seattle area but the community thought it was important to keep him in the Spokane area.

The family told SNAP staff they would bring Rocky by the office often and take him to outreach events. Staff said the family is also home more often than not to spend time with Rocky.

“They’re really open to keeping him in the family," Bishop said.

SNAP staff said Rocky can shake hands with both paws and lie down. He’s patient and gentle.

“Ray always had a smile on his face, even in his worst times. Rocky captures Ray’s spirit,” Christie said.