A dog died in Jefferson County Sunday after it played in a lake with toxic algae. 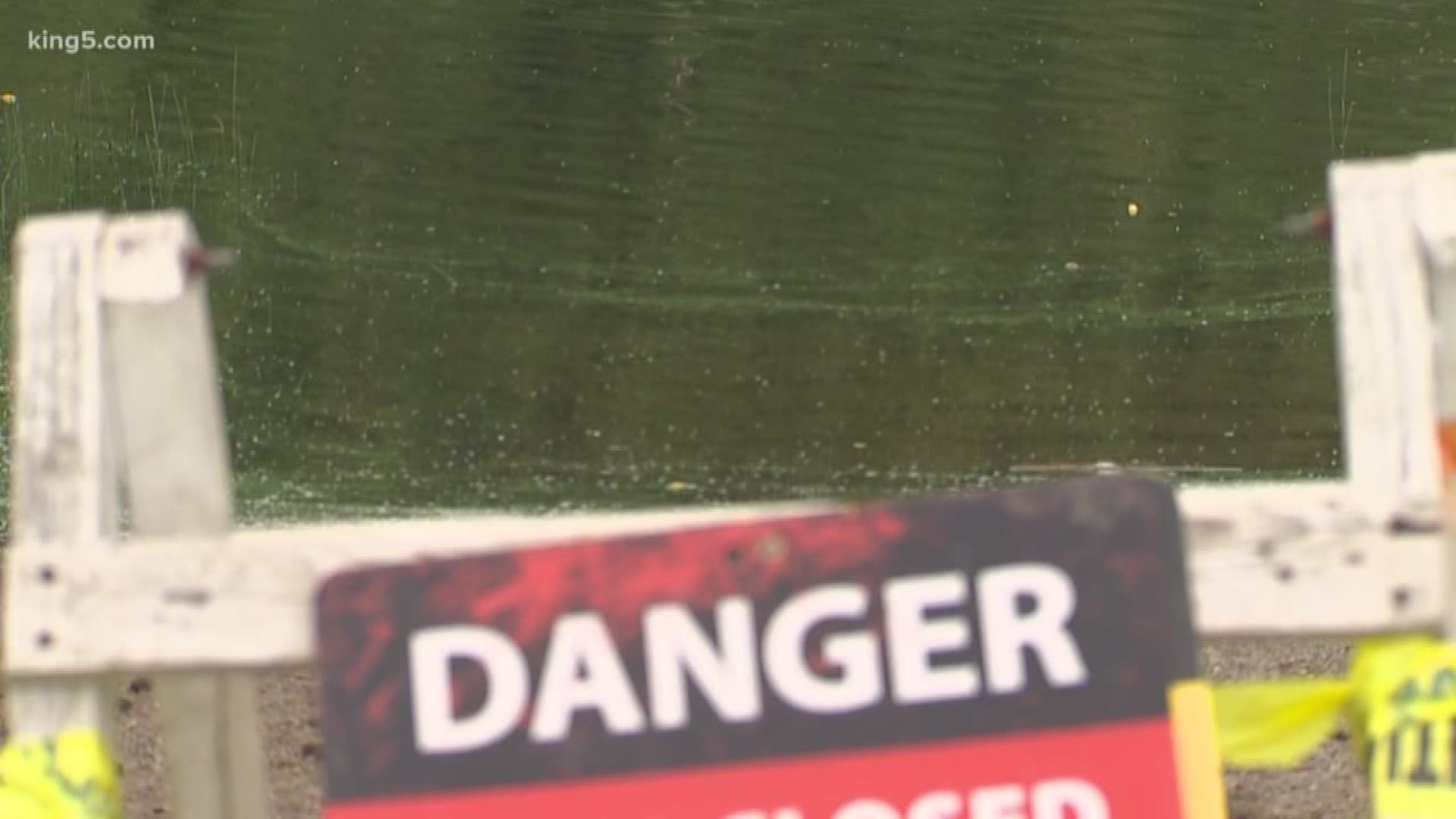 A dog died in Jefferson County Sunday after a visit to Anderson Lake State Park, where toxic algae is a persistent problem.

Yunue Moore adopted Clue, an Australian Kelpie, last month.The two have been busy enjoying the outdoors as the weather warms, but their Mother’s Day outing to Anderson Lake State Park would be their last.

“If I had known that being anywhere near that water would’ve killed my dog, I would not have taken her on that trail at all,” Moore said.

Toxic algae is a persistent problem in the lake. Signs are posted year-round, warning about the danger.

Last week, after another round of water testing, Washington State Parks closed the lake and put up red signs reading: “DANGER, LAKE CLOSED, KEEP OUT OF LAKE.”

Moore said she saw the signs on the way in, and then again in the parking lot, but didn’t realize they warned of a lethal threat to dogs.

Moore said she and her family walked along the edge of the lake and Clue, leashed the whole time, briefly splashed in the water.

“I pulled her right back out, she was in the water for less than 30 seconds,” she said.

Thirty minutes later the dog was having difficulty standing. They rushed her to a veterinarian and her symptoms worsened. Within hours Clue was unable to breathe and Moore had to put her down.

“I learned from my mistake, I just hope other people can learn from it too,” she said.

The Department of Ecology said algae seems to bloom earlier in years with warm springtime temperatures and plentiful sunshine.