The communities of Sumas, Everson and Nooksack could be impacted. 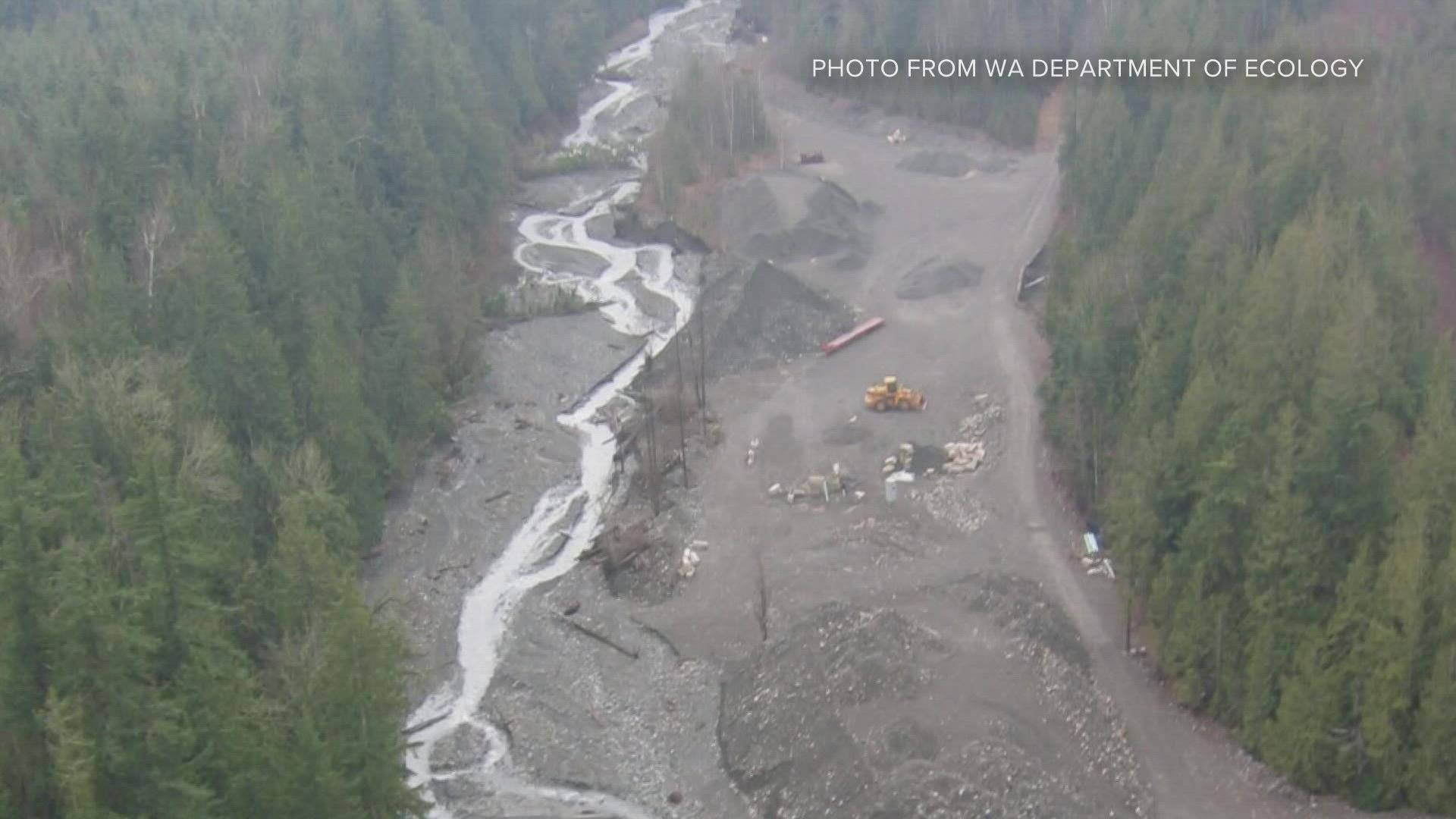 WHATCOM COUNTY, Wash. — Flooded communities in Whatcom County are being warned of asbestos exposure from a decades-old landslide on Sumas Mountain.

Swift Creek, located on the west side of the mountain, can carry the naturally-occurring asbestos from the landslide sediment when flooded. The Sumas River, which joins the creek, can also contain asbestos, according to the Whatcom County Health Department.

"It's been a chronic issue for Whatcom County to deal with going back decades," said Cris Matthews, a hydrogeologist with the Washington State Department of Ecology.
.
Much of the sediment is composed of serpentinite bedrock, which can contain a natural form of asbestos, according to Matthews.

"As that material breaks up and is partitioned and carried as sediment downstream, the asbestos material comes out and is suspended in the water and is carried downstream and distributed around the landscape when the creek floods," Matthews said.

This week's catastrophic flooding is worsening the situation and potentially spreading the asbestos deposits to communities that have seen the worst of the flooding in Sumas, Nooksack, and Everson.

"Flood events like this obviously accelerate that process and make it critical like it is now," Matthews said.

Whatcom County Health said there are ways residents can avoid the asbestos.

"Asbestos is something to be concerned about but there's no need to panic," said Sue Sullivan, Environmental Health Manager with the Whatcom County Health Department.

The health department said people near flooded areas should go ahead and assume the runoff from Swift Creek and the Sumas River will contain asbestos.

"You want to make sure you're keeping it out of your house," Sullivan said.

The health department advises anyone cleaning up during or after flooding should wear a respirator. A COVID-19 face mask won't cut it, according to health officials.

People should also rinse off shoes after walking through flood deposits before entering indoors and double-bag materials cleaned up from floodwaters.

People cleaning up flood areas should also dampen dried-up flood soil before digging and moving it, in order to avoid releasing contaminated dust in the air.

"When it's in its wet state, it doesn't pose the same sort of threat," said Ian Fawley, an environmental education specialist for WSDE's Toxics Cleanup Program.

A fix is in progress. Rather than stop the landslide, WSDE and Whatcom County Public Works are working on the "Swift Creek Project" that aims to stem the sediment and contain it.

"You're slowing it, and controlling it, and storing it in a safe way," Fawley said.

A storage location for the Swift Creek sediment has been completed, but ongoing work on the project could take years.

More information on the project can be found here.