What do you know about lahar? Pierce County wants to find out

Pierce County emergency management officials have released a survey to see what residents know about lahar in case of a Mount Rainier eruption. 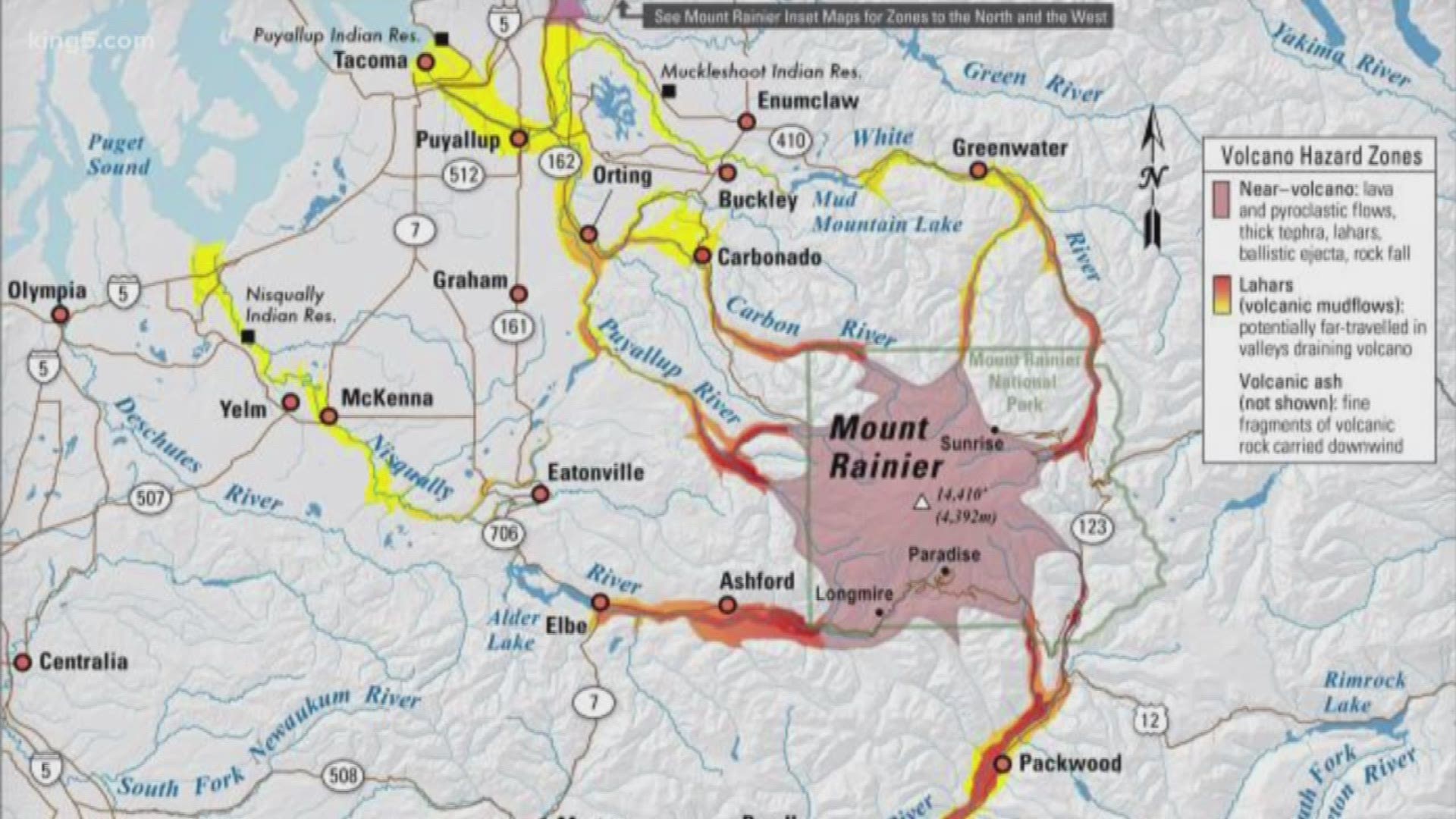 Editor's note: The attached video originally aired in May 2019.

Would you know what to do if Mount Rainier were to erupt? Emergency management officials want to find out.

Officials with the Washington Emergency Management Division have issued a survey for Pierce County residents to find out what people know about lahars, which are volcanic mudflows that include a mixture of water and volcanic debris like boulders. The survey is expected to close Friday.

The survey is a follow-up to a 2006 questionnaire that found 82% of respondents knew there was a warning system in place, but only a third had actually prepared emergency supplies for themselves. Over half of respondents were concerned that the official evacuation routes provided an adequate way to escape.

Emergency management officials say the region has changed since the 2006 survey, and it’s a good opportunity to evaluate how people would react now. That change includes newcomers to the region. Between 2010 and 2018 Pierce County added over 96,000 residents, growing by 12.1%, according to the U.S. Census Bureau.

If Mount Rainier were to erupt, hazard maps show that lahar could travel through river valleys to as far as Puyallup, Tacoma and Randle.

Credit: USGS
This map shows which areas could be at risk for lahar after a Mount Rainier eruption.

Some areas would have more time to evacuate than others. Past Mount Rainier lahars have traveled at 45-50 miles per hour, according to the U.S. Geological Survey. It could take lahar four hours to reach Puyallup, but less than an hour to reach Orting, according to scientists with the USGS Cascades Volcanic Observatory.

In May, Puyallup students participated in the largest evacuation drill in the city’s history. Residents can find evacuation routes for their city here.