'Overwhelmed by the angels': Volunteers flock to Sumas to help clear flood debris

A surge of volunteers moved in with heavy equipment to help remove debris from flood-damaged homes in Sumas on Saturday. 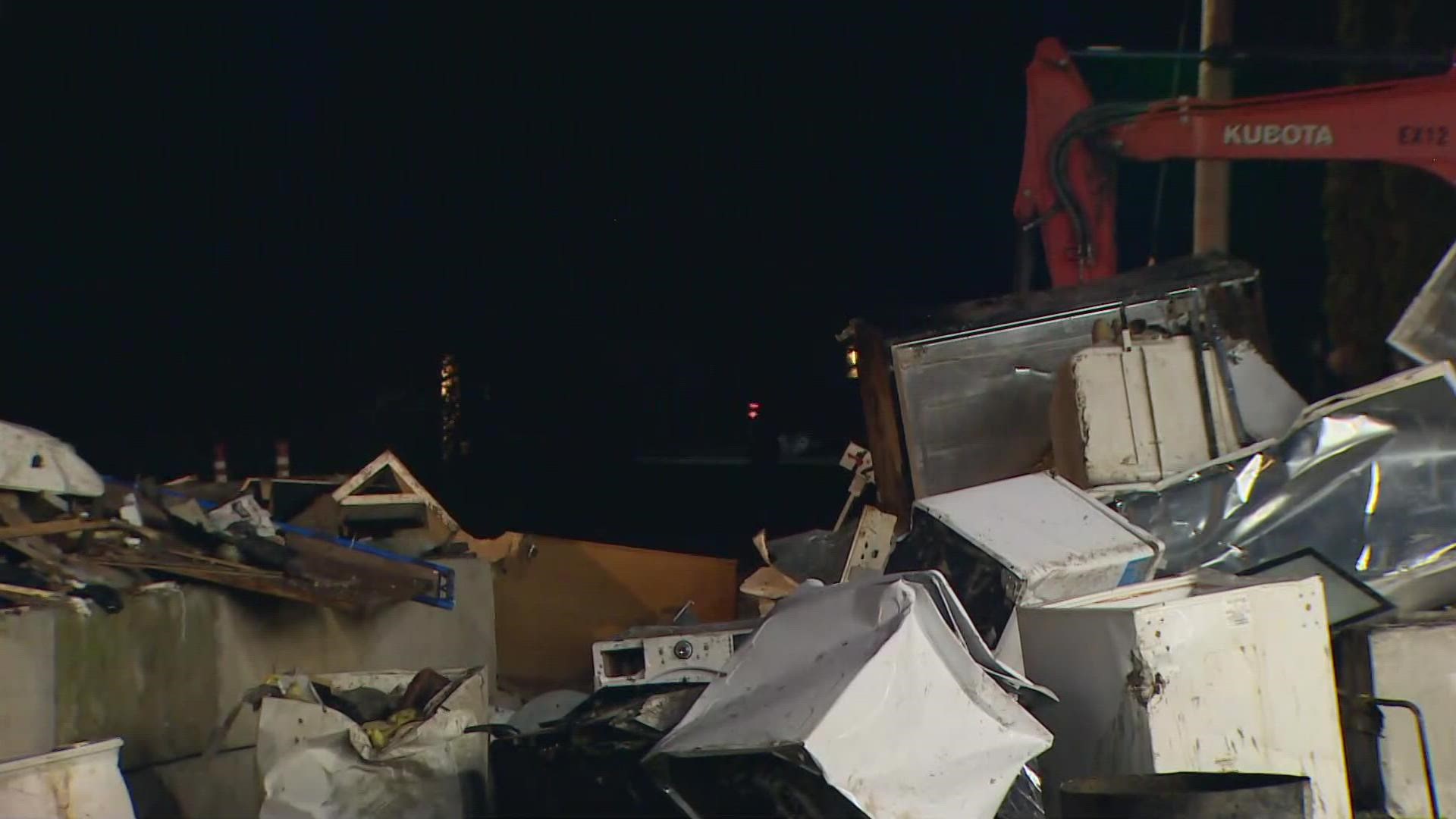 SUMAS, Wash. — Saturday marked a busy day in the community of Sumas as a surge of volunteers moved in with heavy equipment to help remove debris from flood-damaged homes.

Sitting just as you arrive in town, the church is now handing out a different kind of hope for the community.

Crouse has turned into a go-to guy, helping hand out donations. “We’ve given out a lot of fans. I have no idea who donated, but suddenly we had a hundred fans,” he said.

There’s something else that has surprised even a man of God.

“I’m almost overwhelmed by the angels in Sumas right now, Just the people walking by that I ask them to do something that I’ve never met and they offer to do it,” he explained.

As the floodwaters receded in Sumas, a flood of strangers arrived, “angels” with heavy equipment.

“I think we were over a knee-deep when were evacuating across the street,” Ashley Bajema said.

Bajema says she made sure to grab her kid's baby photos and Christmas gifts but the last few days have been tough.

“Your kids want to be home for Christmas morning but I don’t think we’ll be here,” she said.

The family got help with a broken fence, others just needed boxes to pack up their belongings. Locals who have been through this before say the days ahead will be a roller coaster.

“My husband saved so much but we open a cupboard and my grandma’s picture and the water — cause the material stuff’s ok, it’s that stuff that gets ya,” Liz Walser explained.

Walser came to the church to pack up her damaged possessions.  Pastor Crouse says they are preparing to support Liz and the rest of the community as they rebuild.

“When the tv cameras go off and the excitement dies down, they’re going to have to put their lives together and we’re here for the long run, “ Crouse said.

The Church has set up a donation fund for flood victims.