New tsunami simulations show which parts of Grays Harbor and Willapa Bay could see severe flooding from a magnitude 9 earthquake off the coast. 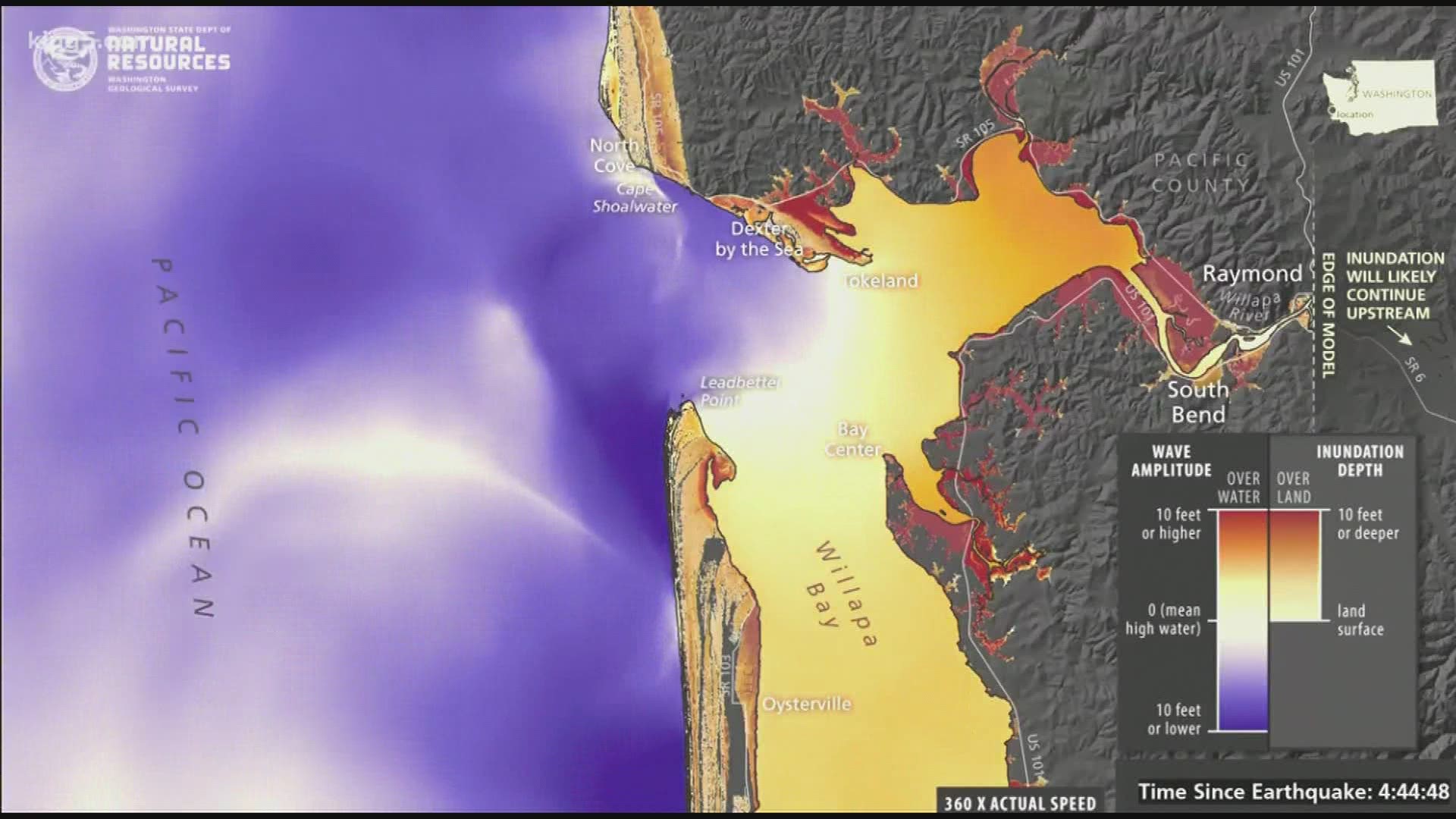 The Washington State Department of Natural Resources (DNR) released a series of tsunami simulations last week that show the impact of a Cascadia Subduction Zone earthquake on Grays Harbor and Willapa Bay.

The Cascadia Subduction Zone runs off the west cost from British Columbia to northern California. The last time it triggered a major earthquake was 320 years ago, causing a tsunami that inundated coastal communities.

The new simulations show which areas of Grays Harbor and Willapa Bay could be underwater from the tsunami and when flooding may occur by modeling wave heights for eight hours after the initial earthquake.

The Grays Harbor simulation shows parts of Aberdeen, Cosmopolis and Ocosta could be under several feet of water when tsunami waves subside. In the Willapa Bay area, South Bend and Tokeland would be among the hardest hit, and most of the Long Beach Peninsula could see some flooding. 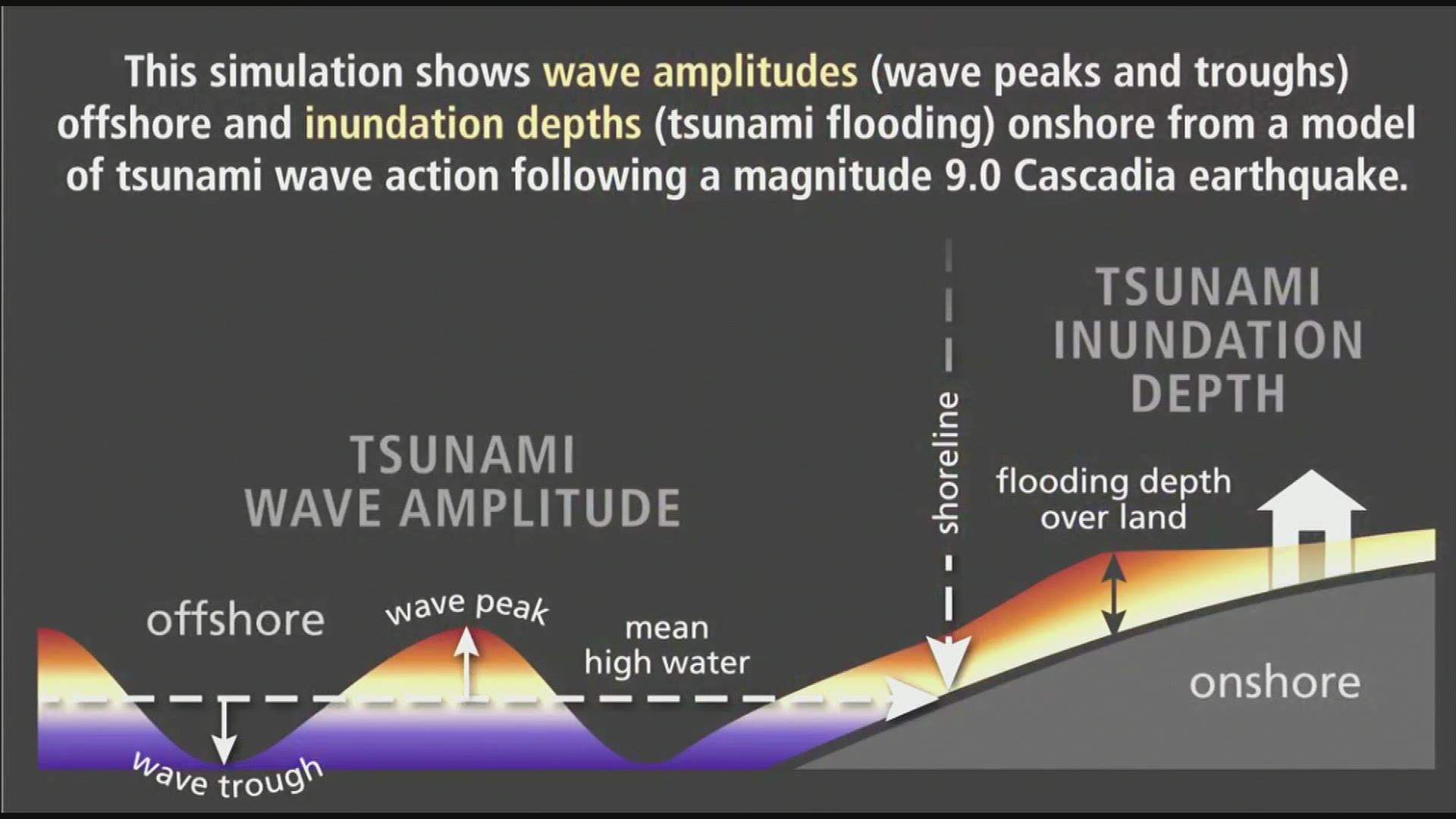 A second series of simulations model wave velocity to show residents how fast the waves could crash into the shore.

RELATED: Know the 4 types of tsunamis that could impact Washington residents after an earthquake