The National Weather Service explains which Washington areas are at greater risk for tsunamis and how long residents have to evacuate. 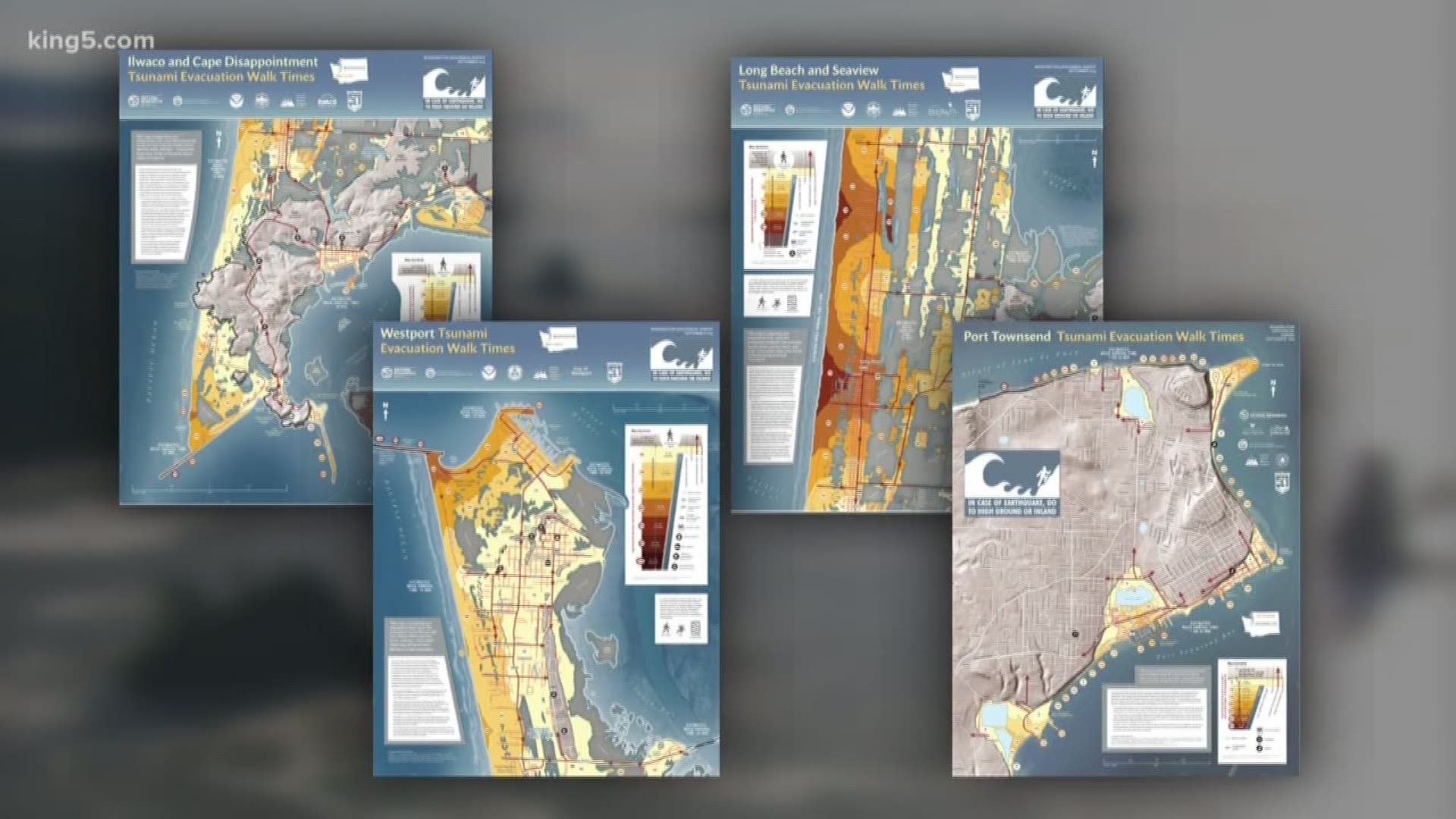 SEATTLE — The National Weather Service (NWS) says anyone in Washington who lives near the ocean or a large body of water is at risk of a tsunami.

Geologists have been monitoring the Cascadia Subduction Zone for years. It's a 620-mile-long underwater fault off the west coast that stretches from British Columbia to Northern California.

Right now, the Juan de Fuca plate is being slowly pushed into and underneath the North American plate. That zone is locked as the pressure builds daily.

One day, that lock will break when the pressure becomes too much.

When that happens, one plate will thrust below the other, generating one of the largest earthquakes ever recorded, a magnitude-9 or possibly even greater.

The NWS said there are four types of tsunamis that could directly impact Washington residents to varying degrees, depending on where you live and how the tsunami was triggered:

This type of tsunami is created by a large magnitude 8 or 9 earthquake off the Washington, Oregon or British Columbia coast. This also impacts Pacific coastal communities, however, unlike the distant tsunami, residents only have tens of minutes to evacuate.

Communities that are close to a body of water, whether it's an ocean or another large body of water, will be impacted by these tsunamis. They are caused by an earthquake on local faults, like the Seattle or Tacoma faults. Residents only have minutes to evacuate in this instance.

These are caused by large landslides that occur underwater or slides from land into water. It depends on where the landslide occurs when determining who will be impacted when it hits. Those in the impact zone will have minutes to tens of minutes to evacuate.

Waves from a Cascadia earthquake-induced tsunami could reach coastal areas like Long Beach or Westport in as soon as 15 minutes after the earthquake starts.

Effective walk times differ for communities based on their topography. For example, people at Cape Disappointment can safely walk to higher ground in as little as 15 minutes, while the walk to safety from Long Beach can take as long as 75 minutes, according to DNR.

If you live near a shoreline, the earthquake is your natural tsunami warning. As soon as shaking stops and you're able to stand, walk quickly to high ground or inland.

If an earthquake occurs close to the shore, the first in a series of waves could reach the beach within minutes.

Here's what to do after an earthquake:

MORE ON PREPARING FOR A TSUNAMI:

Be sure to connect with your community to learn how to best be ready for the worst. Join the KING 5 Disaster Preparedness Facebook group to get ideas and tips on emergency preparedness.

You can download the KING 5 news app for the latest on weather and disaster-related news. On the app, you can subscribe to get alerts on our disaster coverage. 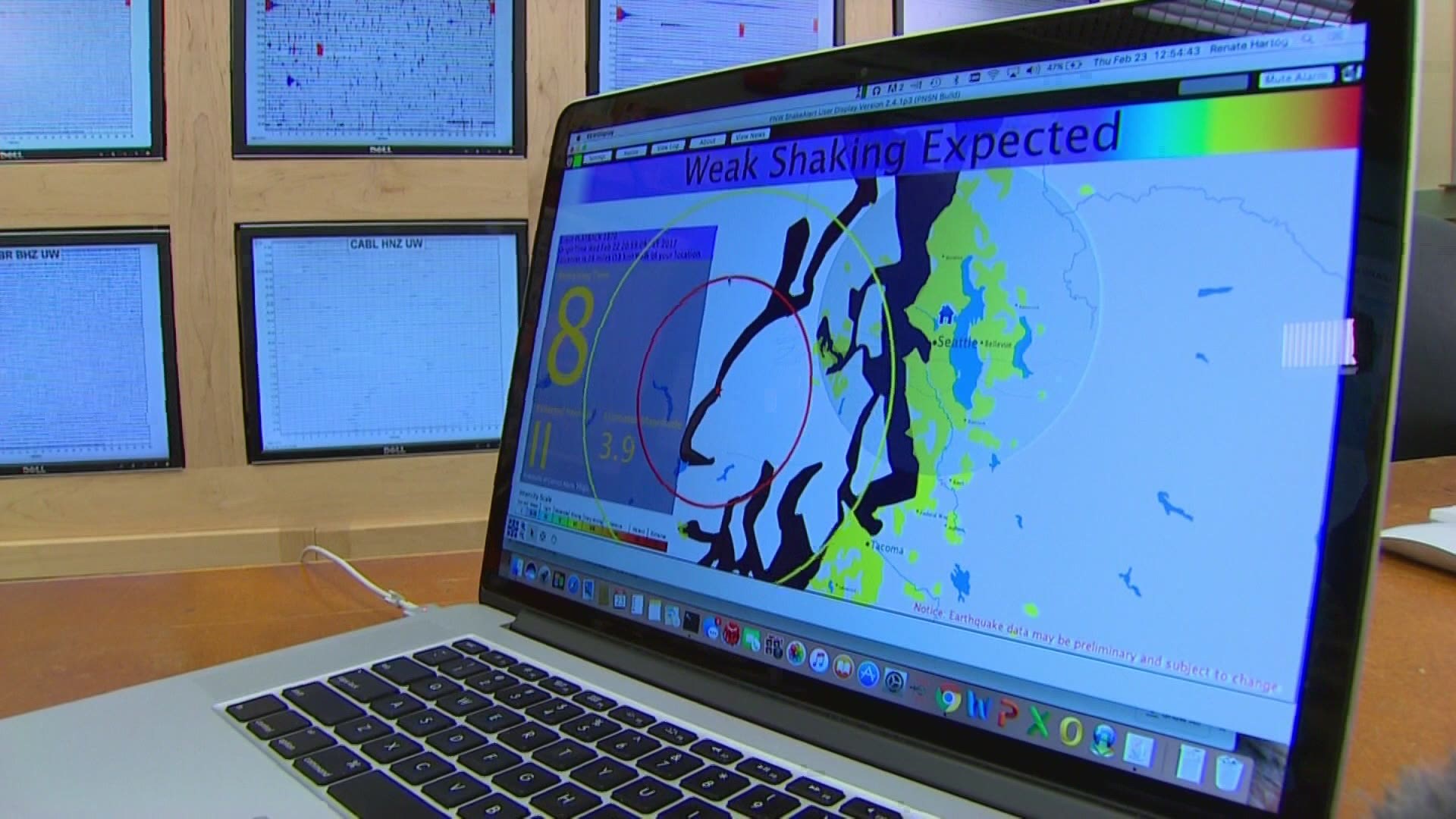