The upgrade aims to keep you safer during an earthquake. 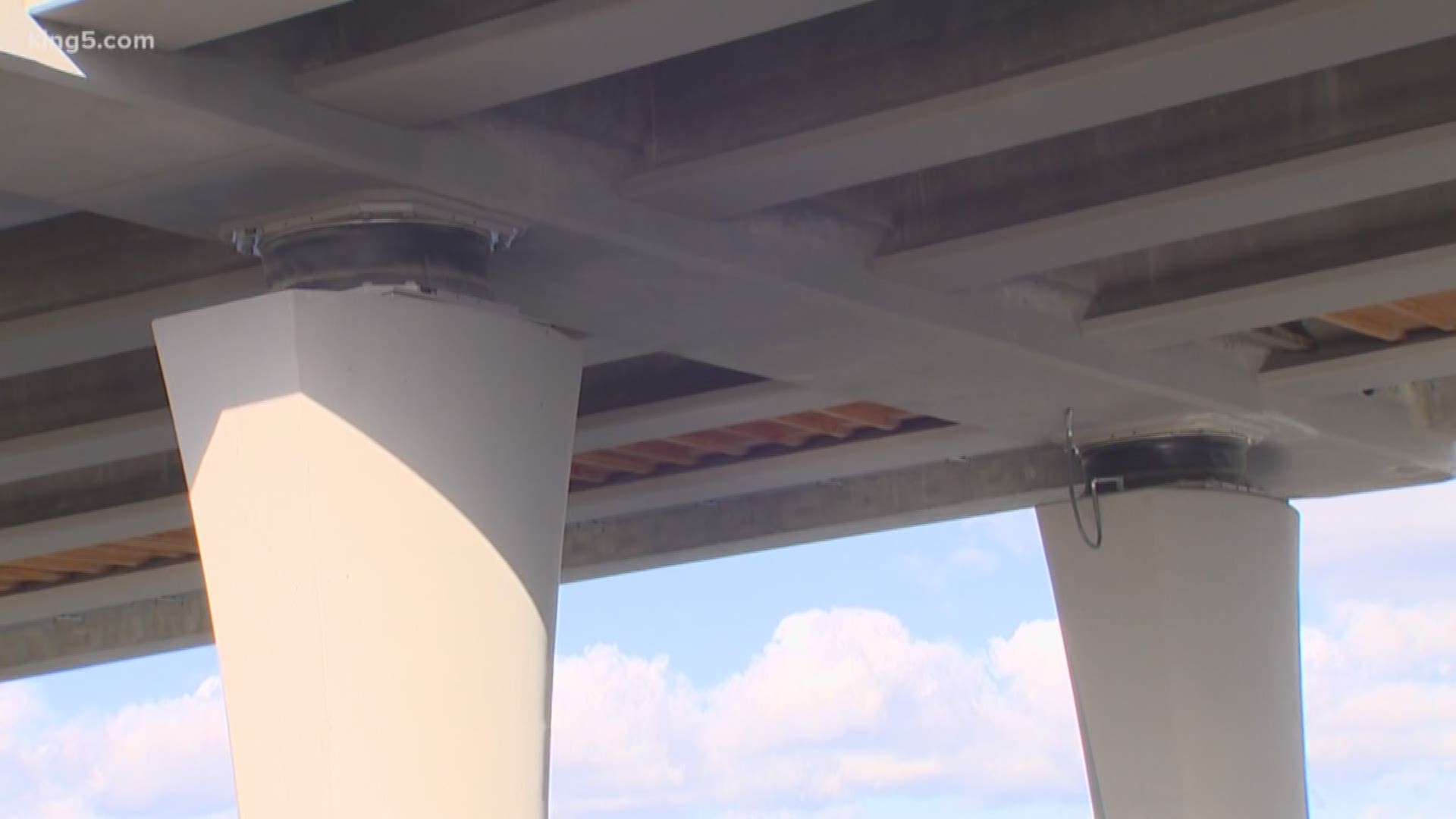 How well would Washington’s new State Route 520 bridge hold up in the event of a big earthquake? Much better than the old bridge, says Steve Peer of the Washington State Department of Transportation 520 project.

Peer pointed out one easily visible seismic upgrade that usually goes unnoticed: Seismic isolation bearings. You can see these bearings positioned between the bridge deck and the columns. They could play a critical role in protecting people and the bridge in the next major earthquake.

“If the earth is moving, the roadway will stay relatively stable, and the columns will move. And they can move 23 or 24 inches in either direction,” Peer said.

The bearings represent just one seismic improvement to the bridge that spans Lake Washington. For example, under the seismic isolation bearings, the bridge’s new columns are made of solid, rebar-reinforced concrete. The old 520 bridge’s columns were hollow concrete, which WSDOT says were much more vulnerable to earthquakes.