Seattle retrofits older buildings to survive ‘the big one'

Retrofitting buildings to be earthquake safe could mean the difference between a standing structure and rubble. 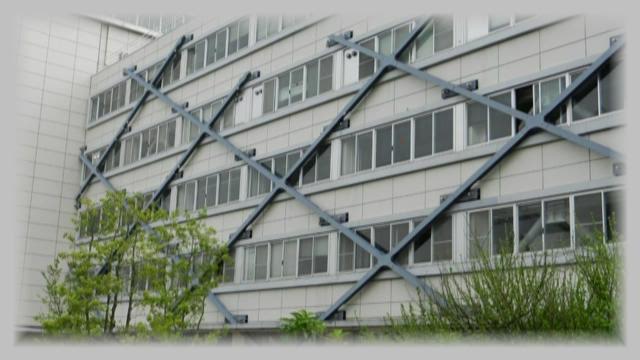 During an earthquake it’s not the shaking that injures, maims, and kills; it’s what the shaking does to cause buildings, bridges, and other structures to fail.

Large pieces, such as parapet walls, can snap off and fall or the building can collapse partially or entirely.

What does that mean for the City of Seattle with the largest number and tallest buildings in the region? It means in a magnitude 9 earthquake along the Cascadia Subduction fault off the Washington’s coast, Seattle would be spared the worst of the shaking. But the shaking will be significant and long in duration, as that earthquake scenario is expected to rip like a zipper from Cape Mendocino, Calif. to north of Canada’s Vancouver Island. It could be an earthquake lasting five or more minutes.

But a Cascadia earthquake is not the only threat, it’s just one of the top three faults worrying scientists and emergency managers. One of the big three runs just south of downtown, the Seattle Fault with a potential for a magnitude seven. But what makes the Seattle Fault highly dangerous is that it is shallow. In places it can actually be seen at the surface. The 6.8 magnitude Nisqually earthquake of 2001 was centered 30 miles below the surface near Olympia.

“There will be pockets of significant damage, but we’re working to building pockets of resilience around that,” said Barb Graff, Seattle’s emergency management director, when considering the range of threats to the city. “It’s a never ending challenge to get people to understand the risk and to act on it.”

Graff is fighting to get the city ready on multiple fronts, including working with other city departments to get older buildings retrofitted to survive earthquakes.

City records have identified 1,148 unreinforced masonry buildings. Typically built of brick or concrete block, the buildings have little in the way of metal reinforcement beyond nails holding the floor boards down. Walls can bulge outward, floors can become disconnected from walls and fall, and parapets can break off.

Related: Check the status of unreinforced masonry buildings in Seattle

And no, they’re not all in Pioneer Square. Most were built from the late 1800’s up to 1940. While most are considered commercial or industrial, but some are residential. Many have been retrofitted or are in the permitting process to become retrofitted.

Map: Where the buildings are in Seattle

The city’s Department of Construction and Inspections does not have a number for homes. Yet many homes date back to the same period. While older homes are largely built with wood and not masonry, they are often not secured to their foundations or are built on posts that can collapse easily.

“We have been teaching since the late 1990’s seismic home retrofit,” said Graff. “We have trained nearly 6,600 people in how to retrofit their homes and at least 2,000 homes have been retrofitted.”

Graff wants to see buildings made safe as that will not just save lives, but lower the impact of the overall disaster and allow for a quicker recovery.

Even in Seattle, the city is taking the findings from the massive 2016 Cascadia Rising earthquake exercise to heart. The multi-state Cascadia Rising exercise involved about 300 Seattle city employees and a mock activation of the city’s emergency operations center. It found that people need to be prepared to be on their own for at least two weeks. And yes, even in urban Seattle.

“There’s a lot you can do to control your fate, but you have to do it before the next earthquake,” said Graff.

According to the city assessment, only one in four residents say they had taken any steps to prepare, although half of those surveyed said they knew something about earthquake risks.

Some people told KING 5 they think the fire department is going to come to the rescue from a high rise, or dig people out of a collapsed building. Think again, says Graff.

“You have to understand how limited government services are,” she said. “On a daily basis the 200 firefighters that are on duty aren’t going to be able to take care of everyone’s needs.”

The power will likely be out; roads and bridges will be difficult if not impassable. Your home or office may be the only thing you can depend on for shelter for some time. 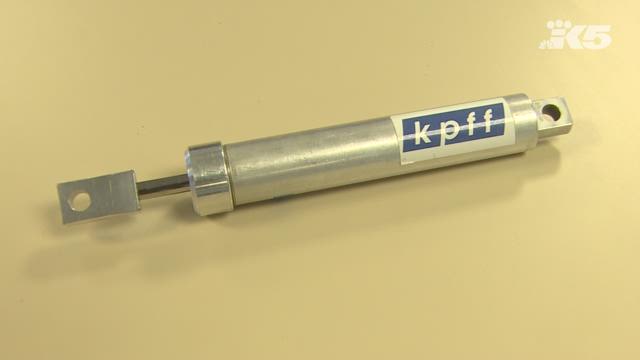 The bottom line is that retrofits work, says Andrew Taylor, a consulting structural engineer at KPFF in Seattle, who specializes in earthquake risks to buildings and retrofits to hold them together.

Taylor has an extensive resume in earthquake preparedness and spends time in earthquake zones to see what works and what doesn’t. His most recent trip was to the scene of the Japan’s Tohoku earthquake of March 2011. The magnitude 9.1 earthquake and tsunami killed nearly 16,000 people. Most of the deaths were traced to the tsunami waves that inundated lowlands along the coast as the quake and tsunami was worse than what scientists were expecting.

But outside of the tsunami zone, such as downtown Sendai, showed little destruction.

1 / 6
KPFF engineer Andrew Taylor at the site of a devastating tsunami on the Northeast Japanese Coast near Sendai. Photo: Courtesy of Andrew Taylor.

That realization, which led to a massive retrofit program, came from experience, says Taylor.

“Sendai is a good example,” he said. “It’s a medium sized metro area. It was close to the main center of shaking. It had an earthquake in 1978, which caused a lot of damage. After that, the city, the prefecture, implemented a policy of mandatory retrofitting of buildings.”

In Seattle the only laws that mandate retrofitting are when the building is undergoing a remodel or significant changes, which compel the owners to bring the structure up to current earthquake codes. But that might change. Emergency Management’s Graff says there’s a policy committee that’s in the process of making recommendations about how to address the yet un-retrofitted.