Quake study predicts up to 60-foot tsunami in SW Washington

State researchers mapped out a 9.0 magnitude off the coast of Grays Harbor and Willapa Bay. 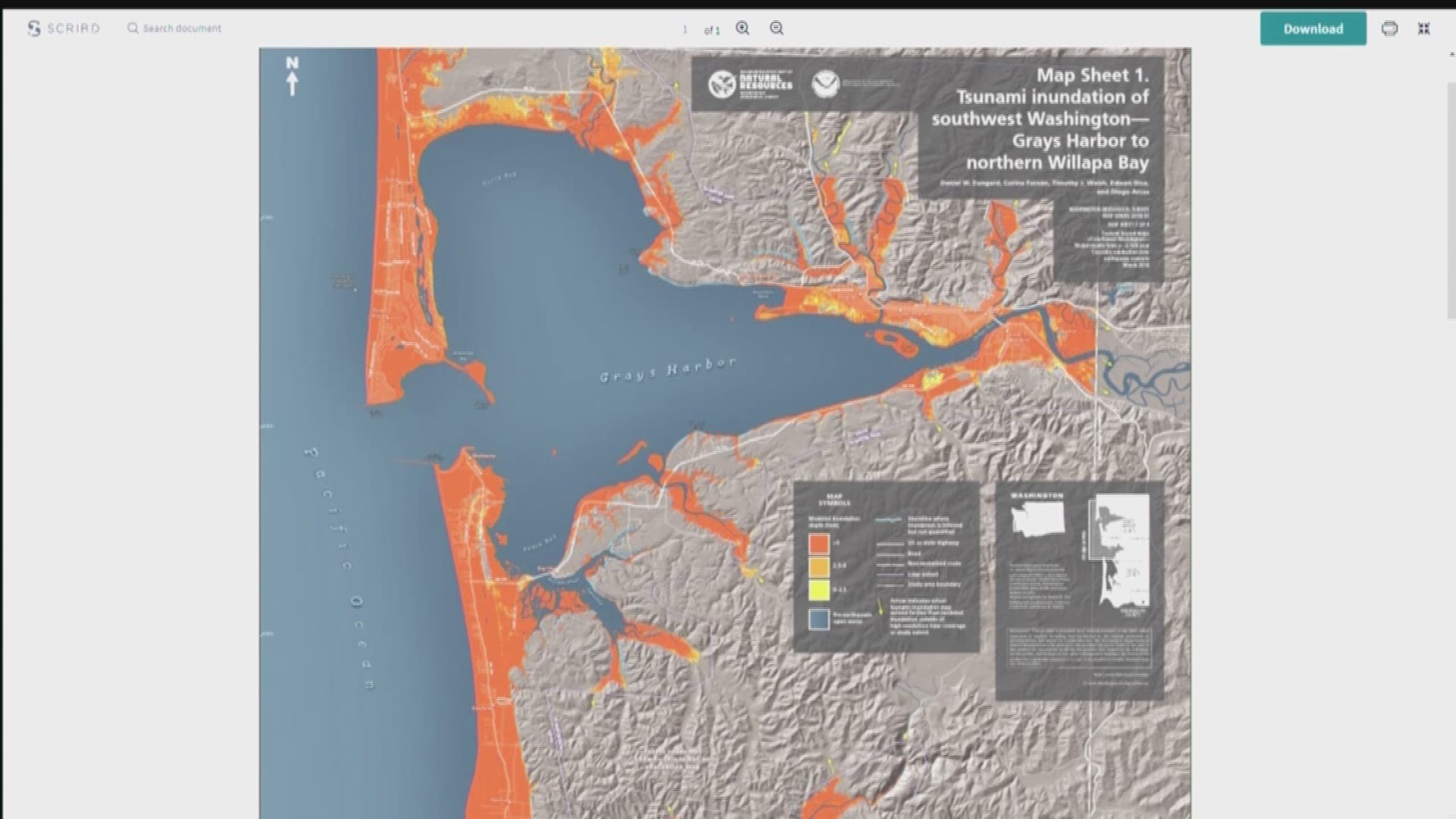 Scientists released a new study Tuesday which shows a tsunami 60 feet high could inundate parts of Southwest Washington if an earthquake strikes.

Researchers looked at the possibilities if a 9.0 magnitude quake took place in the Cascadia Subduction Zone off the coast of Grays Harbor and Pacific counties.

The study said coastal areas could be inundated with anywhere from 20 to 60 feet of water on the outer coasts, gradually decreasing to 10 feet within Willapa Bay and Grays Harbor.

Projections showed the tsunamis hitting the outer coast in 15 to 20 minutes at a speed of more than 35 knots, which is a little more than 40 miles an hour. Flooding would last at least 12 hours and boating would be hazardous for 24 hours.

The study does not take into account topographic changes or 'tidal effects' but claims it's an excellent model for city and county officials to plan evacuation and recovery following a quake.

Tsunami Map for Southwest Washington by KING 5 News on Scribd