Map: Are the bridges you cross safe in an earthquake?

Hundreds of bridges were slated for seismic retrofit in the 1990s, but so far, only a third have been fixed. 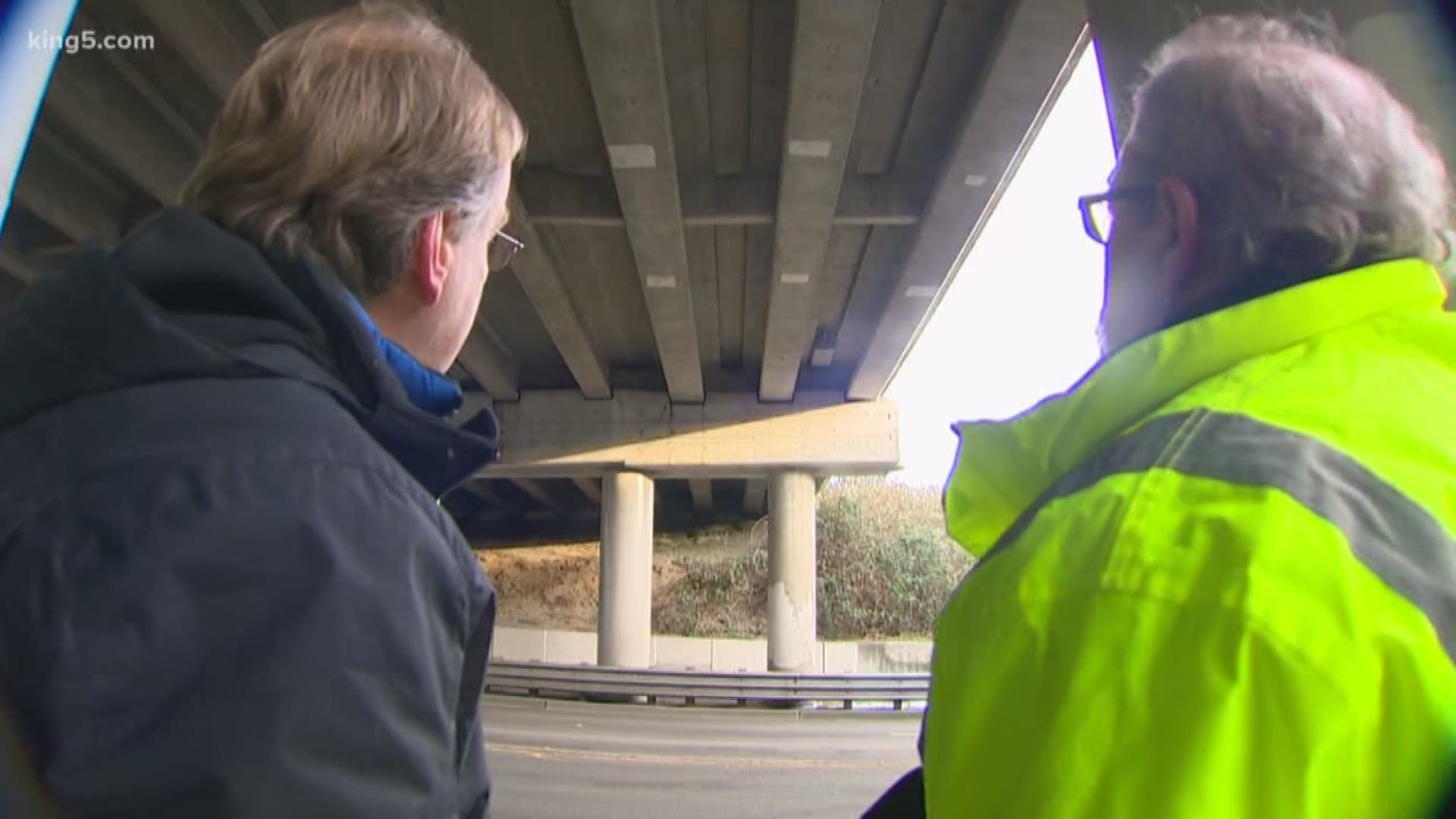 The state of Washington is now more than two decades into a program to retrofit the state’s vulnerable bridges.

In the 1990s, as the state’s risk to earthquakes was coming into sharper focus, the state Department of Transportation embarked on a program to identify and fix the most vulnerable bridges. That was even before the February 28th magnitude 6.8 Nisqually earthquake that seriously damaged the Alaska Way Viaduct in Seattle. The 17th anniversary of the quake is this Wednesday.

KING-TV has developed an interactive map of 908 state owned bridges in Washington that are part of the retrofit program. It does not include city or county owned bridges. The bridges on the map were originally built in the 1970s and earlier. Bridges built in the 1980s or later generally were constructed to modern earthquake standards and are not on the list.

NOTE: You'll need to view this map on a desktop computer or laptop to see bridges in your area.

The bottom line, is that a lot of work has been done, about a third of bridges have been retrofit, 317 to be specific. There are 591 that need retrofitting. Of those, more than 100 have received a partial retrofit. Two of the states’ most vulnerable bridge structures, the Alaska Way Viaduct and the 520 floating bridge are in the process of being replaced.

The tunnel under Seattle to replace the viaduct is drilled through and the road deck, ventilation systems, signage and other systems are being finished, and an opening could come later this year or in early 2019. The floating SR 520 bridge has been replaced, along with much of 520 east of Lake Washington but the last piece of 520, expected to cost $1.6 billion has money reserved for it, but has not yet under construction.

That’s actually more money than an estimate of $1.5 billion state transportation engineers estimate it will cost to fix the other bridges in the system, the vast majority of which are in Western Washington.

“We’d like to get there as soon as possible,” says Mark Gaines, the state’s new chief Bridge and Structures Engineer. “that would address every structure we have in this state that we think is susceptible at this point.”

The map below, which is not interactive, shows the scope of the problem. Each white circle is a bridge that needs retrofitting. The red triangles are bridges that are expected to cost more than $10 million dollars to retrofit. The I-5 Ship Canal bridge is expected to cost more than $100 million to retrofit in a second phase. The first retrofit was completed in the year 2,000, and included putting steel jackets around the columns, post tension cables hold the main bridge piers together. High strength rods tie the steel trusses together. What’s left?

“The retrofits focused on the main span,” says Dwayne Wilson, the state’s bridge engineer overseeing seismic and other threats to bridges such as river scouring, which can undermine a bridges main center supports. “Some of the approach spans need to be retrofitted, and then also, that retrofit was done to a kind of lower standard. When you raise that standard up, there are some parts of the main steel truss that will need to be strengthened, because of what the analysis shows and the forces and how the bridge would move.”

Retrofits are getting better. The Aurora Bridge, built back in the 1930s, was retrofit in 2012 and is considered complete, and contains stainless steel isolation bearings that allow the bridge bearings that hold up the trusses in the center, to move and then re-center themselves once the earthquake is over. That was just one part of the retrofit which contains concrete work and additional steel reinforcements of the steel.

As you go through our interactive map and click on bridges, you will notice a reference to hollow columns. At a glance a hollow concrete column may look like any other concrete column but it’s not. Most were installed in the 1960s, and while less expensive and strong, tend to implode during shaking. This makes them ineligible for a common retrofit fix used widely on older solid concrete columns with rebar, simply wrapping them in a steel jacket. The SR 520 bridge was replaced largely because the approaches made extensive use of vulnerable hollow columns.

Hollow columns are a vulnerability of the raised deck, or viaduct sections along I-5 north and south of downtown Seattle. These decks have been partially retrofit, and although you can’t see them, strong rods in an X pattern tie the decks together. A study of how to retrofit hollow columns is currently underway and is due to be released in the summer of 2018. At this point, it’s not known if the columns can be retrofit or not.

Bridges are critical, not only because people can be killed when the collapse. They are considered essential to our recovery. Even if a bridge doesn’t fully collapse onto or underneath traffic, they can be rendered unusable if inspections find they are unsafe to carry a load.

“It’s going to be a challenge to try to recovery Puget Sound and Western Washington after a major earthquake,” says John Himmel, the Director Emergency management for WSDOT.

That job will get easier the more bridges become quake resilient. On a closed circuit interactive map at WSDOT’s headquarters he showed me what the state calls its “lifeline” routes that tie together the region’s biggest airports to get supplies in aboard large cargo airplanes, then redistributed by truck and helicopter around the rest of the state to hard hit areas.

Those lifeline routes run east-west from Moses Lake in Grant County along I-90 to the intersection of I-405. Moses Lake is considered far less vulnerable to a large earthquake because it’s located in eastern Washington. The Grant County Airport is an old Air Force base with very long runways and is considered one of the largest airports in the world in area.

The north-south lifeline runs from Joint Base Lewis McChord up I-5 to I-405 in Tukwila, up through Belleview along the eastside of Lake Washington and rejoining I-5 in Lynnwood and goes up to Paine Field. When finished the 520 bridge will become part of the lifeline project coming back into Seattle.

But while the focus of our story is about state owned bridges, our highways and roads have vulnerabilities to liquefaction, where roadways can break apart because the soil underneath them becomes unstable, “liquifying” in shaking. And landslides which can come down on top of highways or undermine them, says Himmel. 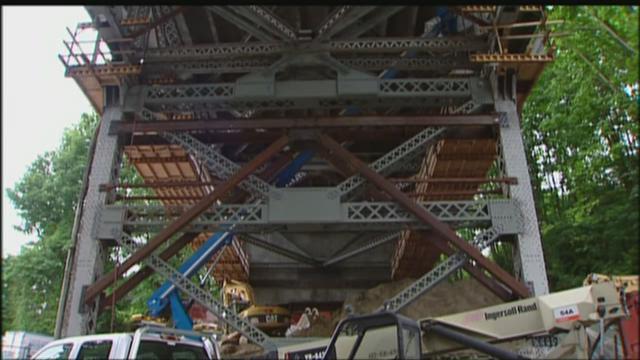