The last time the Cascadia Subduction Zone caused a major earthquake and tsunami was in 1700. 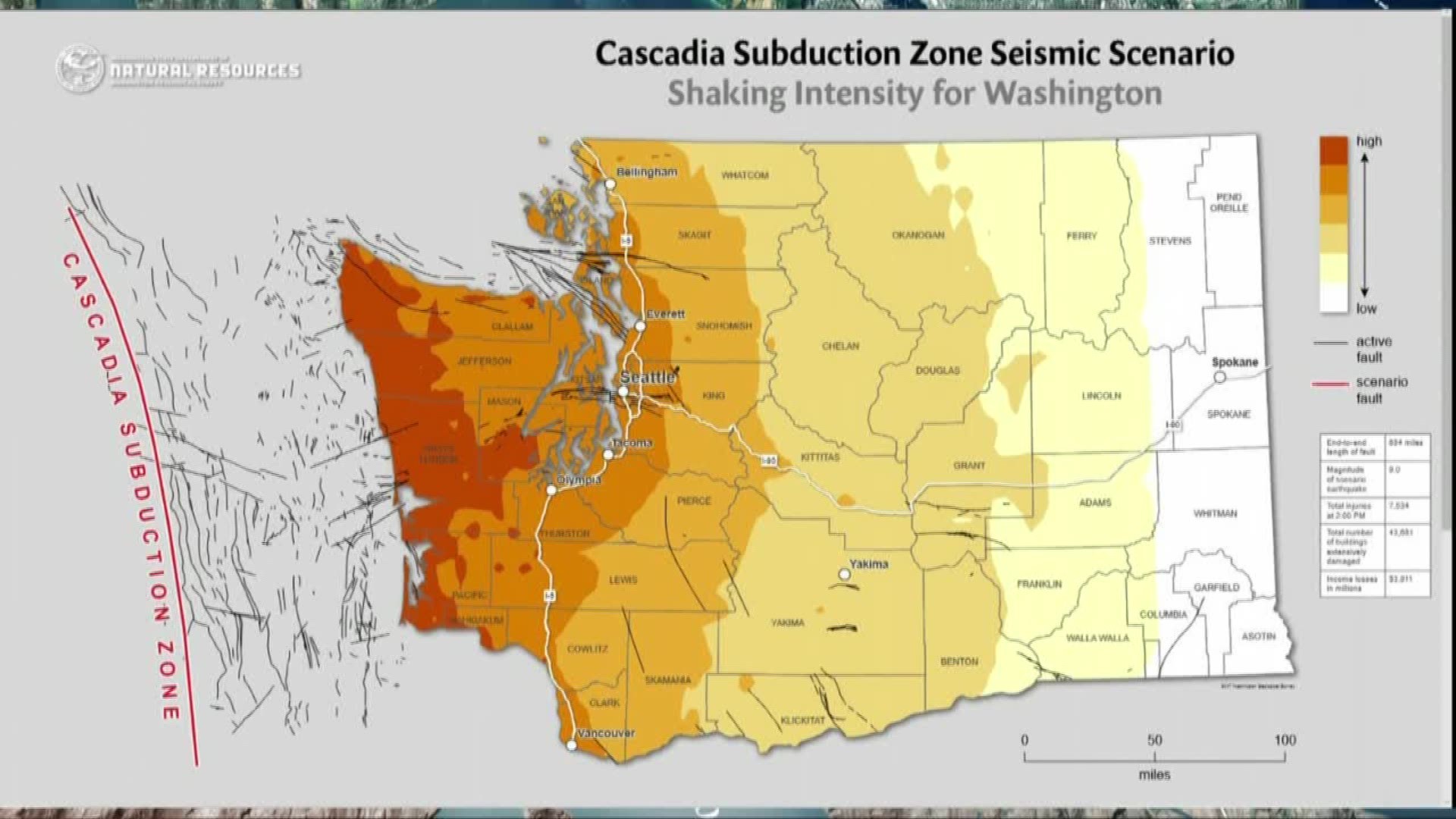 Friday marks the anniversary of the last major earthquake in the Pacific Northwest when the Cascadia Subduction Zone went off 318 years ago.

Since then, Washington has seen smaller earthquakes, such as the magnitude 6.8 Nisqually quake in 2001, but nothing like the Cascadia Subduction Zone.

Related: How pressure is building for Cascadia earthquake

On January 26, 1700 at 9 p.m., the fault that locks the ocean floor to the North American Plate slipped, and caused an earthquake so big it created a tsunami on the west side of the Pacific Ocean and was recorded in Japan. Scientists nailed down the time of the earthquake bases on those recordings.

The Japanese called it the “orphan tsunami,” because to them there didn’t seem to be any earthquake activity associated with it.

Related: These are the 3 big earthquake threats WA faces

The Cascadia Subduction Zone starts off Cape Mendocino, Calif. and runs off the coast of northern California, Oregon, and Washington to the north end of Vancouver Island, Canada.

When it goes off again, seismologists expect a magnitude 9 earthquake to last five minutes or longer.

The quakes come every 250 years on average, but the intervals are highly variable, according to geologists.

Learn more about earthquakes and tsunamis from your local division and how to prepare for them: