How pressure is building for Cascadia earthquake 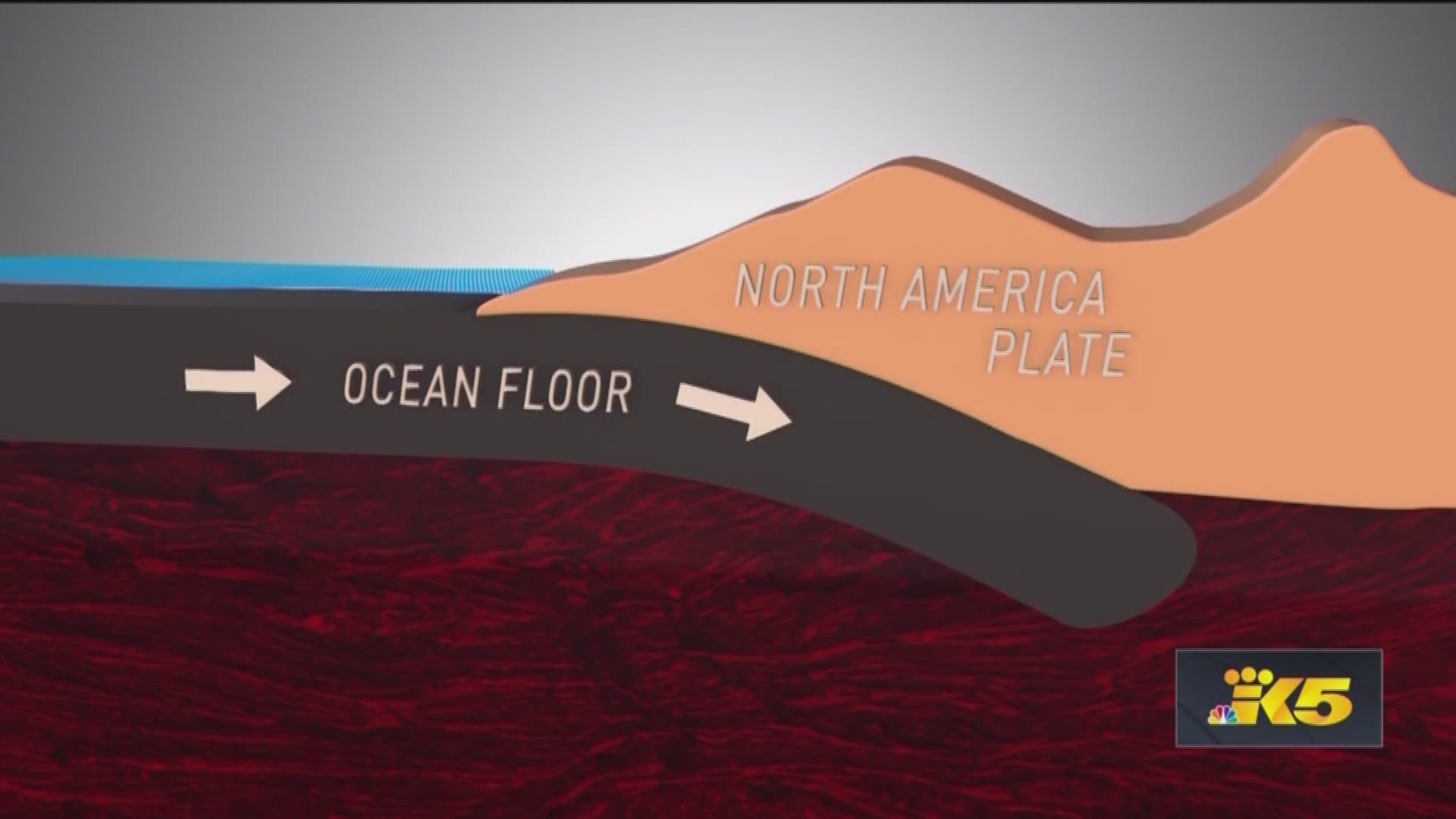 If you're sitting just about anywhere in Washington state, you are on ground that is moving. The further west you go, the more it moves. The state is being compressed spring as the ocean floor, which is also moving, puts pressure on the land, which is moving to the northeast.

"When you think about the energy involved when compressing all of the Olympic Peninsula and all of Puget Sound, that's a lot of energy," said Tim Melbourne, director of the Pacific Northwest Geodetic Array (PANGA).

PANGA is based on the campus of Central Washington University in Ellensburg. Ellensburg is also moving, but just a little. Where is the state not moving?

"You've really got to go to the Idaho border," said Melbourne.

How does Melbourne know this? The answer is because of the Global Positioning System (GPS). Over the past 21 years, Melbourne and his colleagues have set up 500 fixed GPS antennas all over the state. The first went up near Neah Bay in 1996. But there are also antennas in Bellevue and Seattle. The movement of those stations attached to the ground they sit on can be precisely measured from satellites in space. PANGA also watches this movement in Oregon, California, and Canada.

The movement is so slow nobody really notices. It's often compared to the growth of a fingernail. But that movement accumulates, and when it becomes too much, the fault that locks the ocean floor and the land together will slip. That's when the state will see its first Cascadia Subduction Zone earthquake, expected to be magnitude 9 and last over five minutes. The previous one was on January 26 of the year 1700. And after that slip, the movement cycle began again. The quakes come on an average of every 250 years, say geologists, but the intervals are highly variable.

How much is it moving? It varies even along the coast, but over the course of 20 years, it's approximately a foot, says Melbourne. When it releases, the land will move west, back to where it was by more than 20 feet. Melbourne and other scientists say the earthquake will trigger a large tsunami.

The Cascadia Subduction Zone runs from Cape Mendocino, California, past Oregon, past Washington and doesn't end until it's above Vancouver, Island British Columbia, Canada.

A Cascadia earthquake is the biggest concern for state and county emergency planners, but it's not the only one.