Thanks to a new set of maps, residents in Aberdeen, Anacortes, Bellingham, and Port Angeles can see how long it will take them to walk to safety if there’s a tsunami threat from a major earthquake. 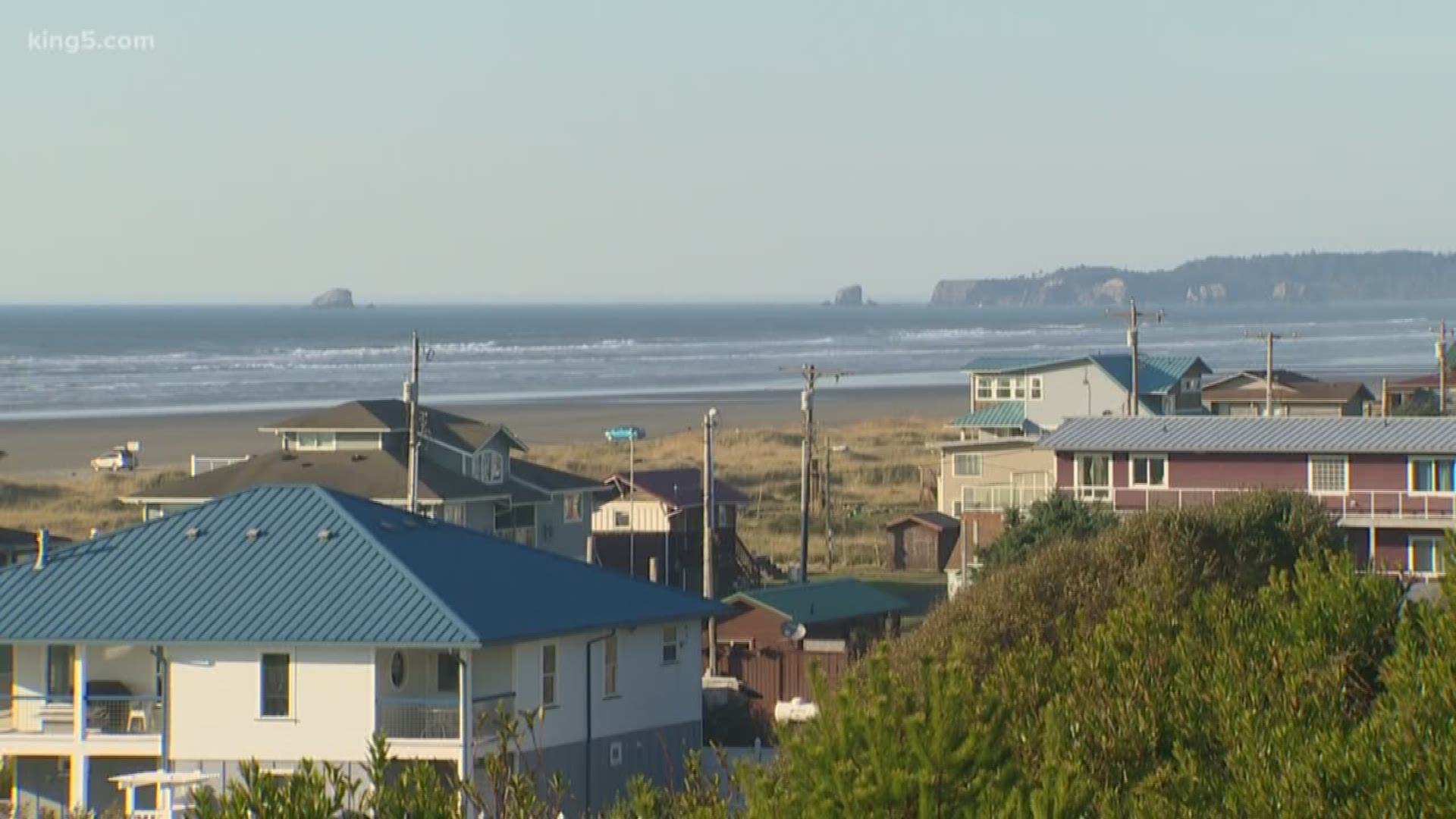 When the big one hits, would you know how much time you have to evacuate before a tsunami strikes? State officials hope a new set of maps will help give you an estimate.

The Washington State Department of Natural Resources released tsunami evacuation walk time maps Friday for Port Angeles, Bellingham, Anacortes, and Aberdeen, Hoquiam, and Cosmopolis. The maps show how long it would take the average pedestrian to get to safe ground in the event of a major tsunami.

The maps are modeled based on a magnitude 9 earthquake from the Cascadia Subduction Zone, which runs off the coast from Vancouver Island down to northern California. The last time it went off was over 300 years ago.

Walk time is based on a slow pace of about 24 minutes per mile, which is the same pace that’s used to model crosswalk timing.

The amount of time it will take a tsunami to reach these communities varies drastically. For example, a tsunami could reach Hoquiam in just 50 minutes, but it could take nearly two and a half hours to get to Anacortes. It’s also important to note that DNR calculated these estimates based on when the earthquake shaking starts, not when it ends.

Nevertheless, residents should be prepared. Know the evacuation routes in your community, and as soon as the shaking stops, start moving toward higher ground.

Don’t move back into the tsunami wave zone until you’ve been given the green light by emergency management officials, because tsunamis can be multi-wave events. The first wave might not be the biggest one, and tsunami danger could linger for hours.

Here’s a breakdown on what to expect in each region.

Communities on the Washington coast, which are closest to the subduction zone, could see a tsunami in the least amount of time. DNR estimates it could take 50-70 minutes for waves to reach Hoquiam and Aberdeen.

Pedestrians will generally have 20-40 minutes to get to higher ground, according to DNR.

The major outlier is on the tip of Moon Island, which could take pedestrians over 60 minutes to get to safety. If you’re on that peninsula, DNR recommends walking quickly at a pace of 18 minutes per mile to avoid inundation.

DNR says pedestrians near downtown Anacortes could evacuate in 10 to 20 minutes. However, it could take pedestrians in the area south of Samish Island and west of Edison 60-plus minutes to evacuate.

State Route 20 is expected to be above inundation levels.

For most areas around Bellingham Bay it will take just five to 20 minutes to get to safety. The longest estimated walk time is 30 minutes for the furthest dock in Squalicum Harbor.

The tsunami is estimated to arrive 60 minutes after the shaking starts.

Most areas near the Port Angeles shoreline will have between 15 and 60 minutes to evacuate after the quake strikes. The one exception is the Ediz Hook spit. If you’re at the end of the spit it could take 120 minutes to get to safety if you’re walking at a slow pace. Officials recommend quickly walking or running at a pace of 15-18 minutes per mile to get out of the inundation zone.