How pandemic lessons could help Washington prepare for next earthquake

Washington has been dealing with a disaster for the last year, and lessons learned responding to COVID-19 could be valuable for earthquake preparedness. 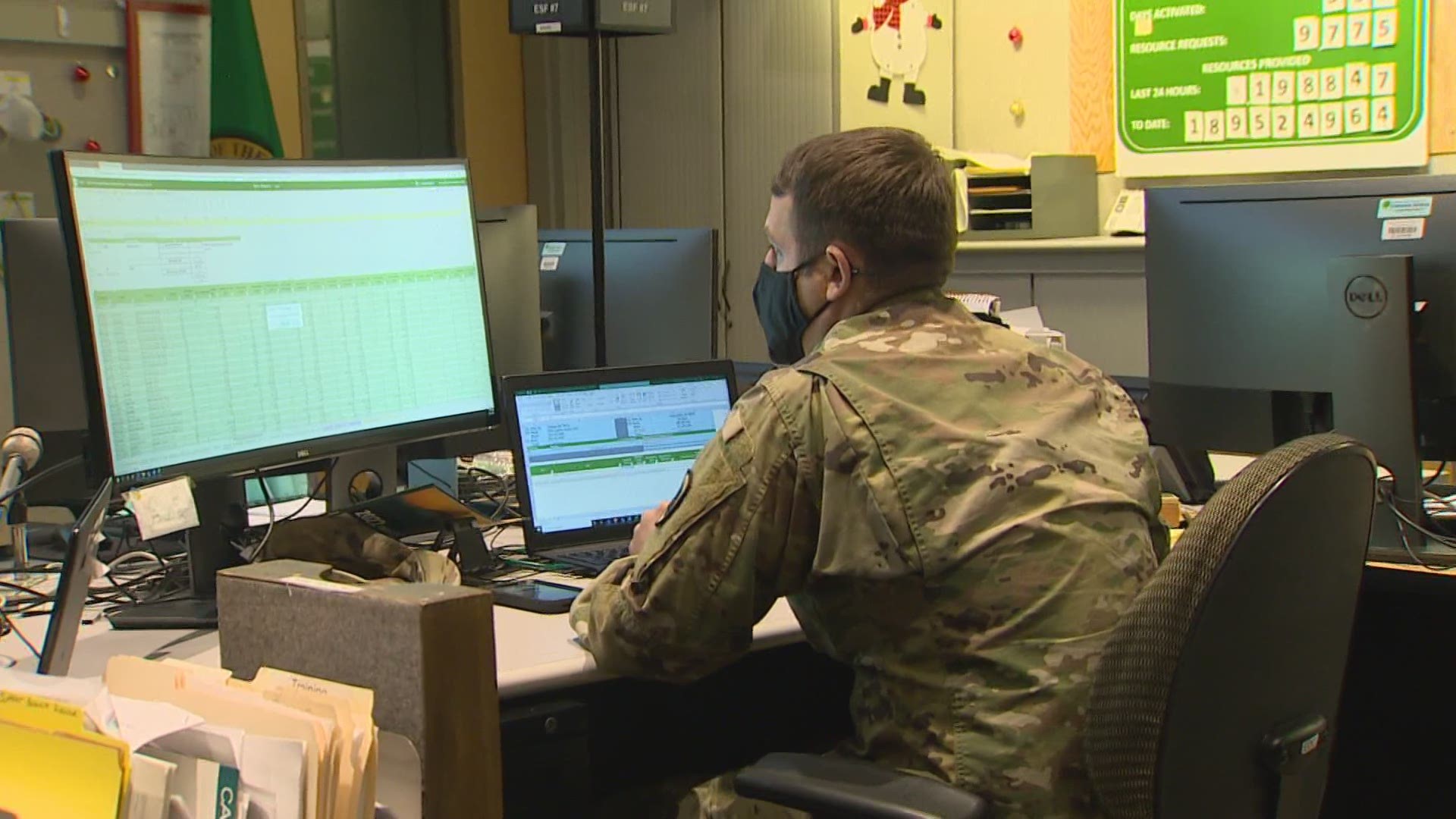 EDMONDS, Wash. — We may not think of COVID-19 as a disaster in the traditional sense like an earthquake or a hurricane, but Washington state is treating it like one and for good reason.

“The impact to individuals, the impacts to our society – there’s absolutely no question this is a huge disaster,” said Robert Ezelle, director of Washington’s Emergency Management Division (EMD), which is part of the state’s military department.

No buildings have fallen down, no bridges collapsed, the power grid didn’t go out, but a lot of supplies need to be acquired and moved. There’s a lot of coordination going on and communications facilitated between the federal government, the Washington State Department of Health and other government agencies.

Already, guardsmen have hunted down and coordinated the delivery of nearly 200 million pieces of personal protective equipment like masks, gowns and face shields, especially when those items fell critically short in the early months of the pandemic.

But in emergency management, the idea is to waste nothing, including lessons that can be applied to the next disaster, which could well be a massive coastal earthquake and tsunami.

“For a Cascadia subduction zone response and tsunami, you’re talking about years and years and years of recovery,” said Maximillian Dixon, who manages EMD’s earthquake preparedness and outreach.

And that brings up one of the biggest findings from COVID: the long haul.

EMD’s emergency operations center has been open for more than 400 straight days. It began in early 2020 to help coordinate the response for a large snow event and transitioned into COVID without a break. Ezelle says based on what they know about the pandemic, it may not stand down until early 2022.

Yet, it’s still better than the early months of the pandemic.

“The workload was incredible – putting in some awful long days,” said Ezelle. “It was all hands on deck.”

Meanwhile, the work of preparing the state for a disaster like an earthquake goes on. This spring will begin a big push to get ready for CR-2, which is a massive multi-day exercise. CR-2 follows a previous exercise in 2016 called Cascadia Rising, which was designed to test the state’s response to a mega-disaster from a magnitude 9 earthquake along Washington’s coast.

Lessons learned from COVID will be on the agenda.