State inspection teams spent their first day on the ground Monday in parts of Whatcom County hit hard by flooding. 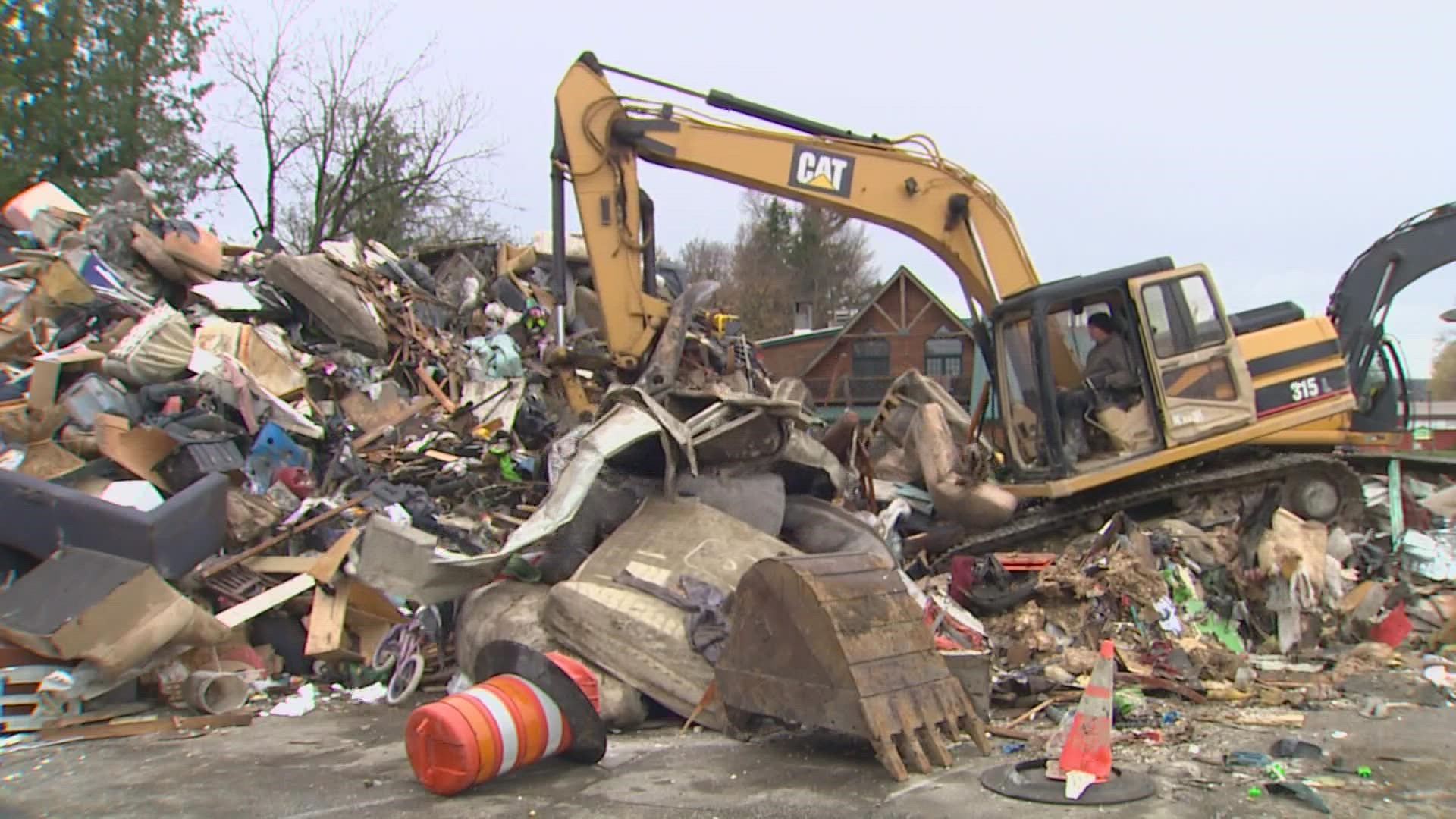 The visits came one week after historic flooding inundated the towns of Sumas and Everson, killing one person.

Massive piles of mattresses, furniture and appliances that used to fill people's homes were loaded from vacant lots downtown into trucks and hauled to landfills.

More than 80% of the buildings in Sumas were damaged by floodwaters, including 300 homes and 35 businesses.

Whatcom County officials shared the following statement about Monday's inspections, "This is the critical first step in the normal protocol of formally assessing the level of damage and the dollar impact. There will be two Local/State teams made up of three individuals from the State and two from local governments. The teams will gather data to determine the level of impact to help justify the request for an Individual Assistance Declaration from Federal Emergency Management Agency."

Sumas Mayor Kyle Christensen said Monday, "The piles at our dumpsters just kinda tell the story of the devastating damage to these families and businesses. Almost everybody has been impacted because everybody has been digging in and helping their neighbors."

Among them is the lone doctor in Sumas. Right now, the only appointments at Dr. Rod Thompson's Sumas Medical Clinic are over the phone or via zoom.

Monday marked the first time the office has been able to open since the floods came last week. Medical records sat stacked on tables after 16 inches of water flooded the building.

The $65,000 X-ray machine was ruined and the building itself will likely have to be demolished.

"It's gonna be a major transition for the clinic," said Thompson. He treats nearly everyone in the 1,600 person town.

Thompson said he is concerned about how he'll be able to care for his clients.

"I'm worried about people not getting refills on time, running out of medications and not being able to get referrals done in time."

Mayor Christensen said this is the second year in a row that a flood has damaged homes and businesses in the border town, adding it's time to fix the problem permanently.

He expects to discuss the issue at a community meeting Wednesday night at Nooksack Valley High School.

"We're all gonna come to the table and do what we can to prevent this from happening again, because there are solutions out there," the mayor said.

But for now, the cleanup continues in a community committed to coming back.

"When there's a need, it doesn't matter what you believe politically," said Christensen. "We're not asking those questions. Everybody is here to help each other. That's what we need to see more of today."