Fall City has been the center of most of the shakers. 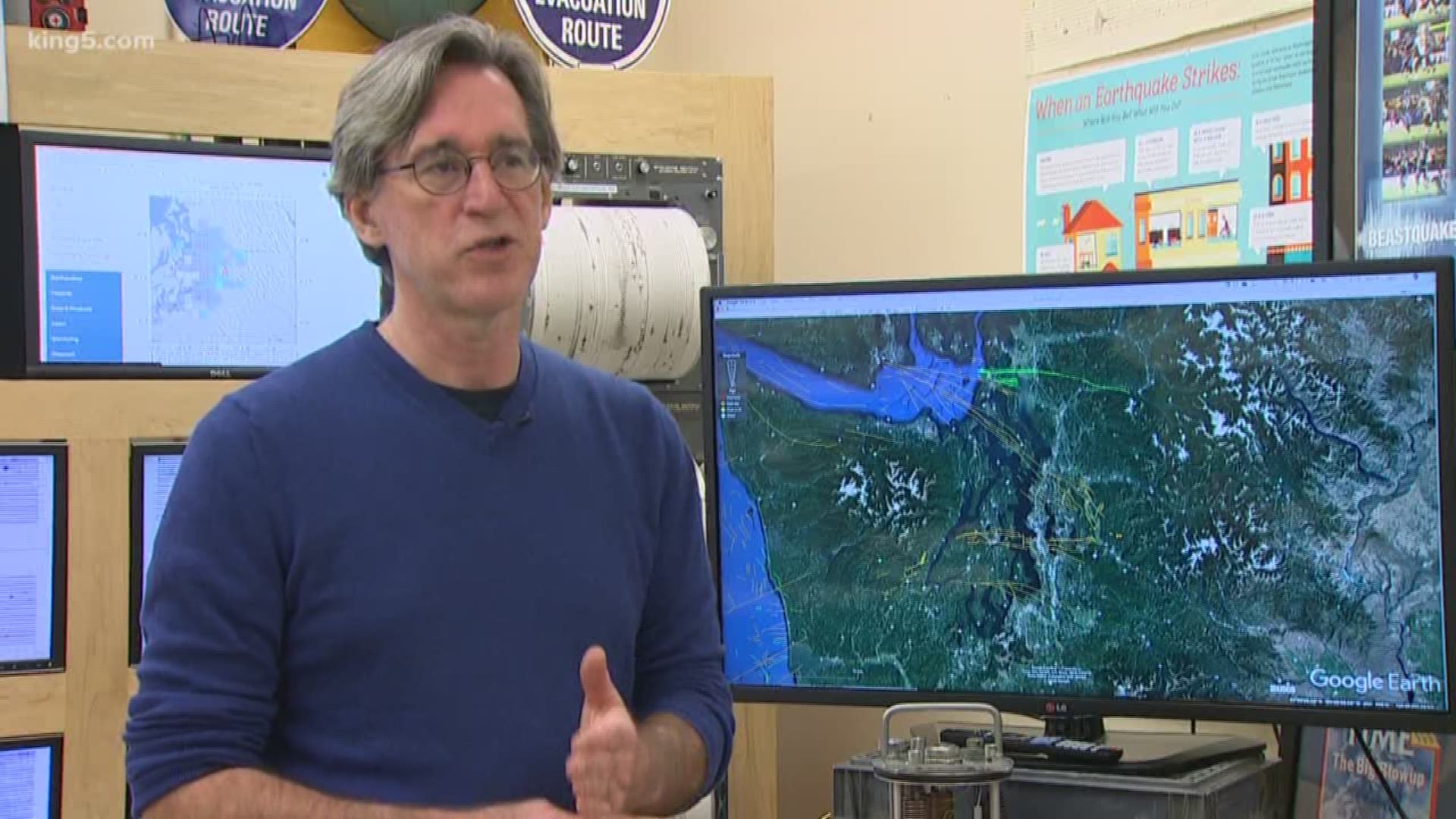 FALL CITY, Wash. — A swarm of small earthquakes hit the Fall City area, east of Seattle, over a 12-hour period between Wednesday and Thursday,

None of the quakes were major. The biggest topped out at magnitude 3.4.

Earthquakes have been happening more frequently around Fall City, leaving some to wonder whether something bigger is on the way.

"I feel like we've been having a lot more of them lately," said Collette Stone, who was shaken out of bed by one of the quakes just before 5:00 a.m. Thursday. "You kind of get a little bit fearful because you know the big one is coming."

So far, six small earthquakes have hit the area around Fall City since Wednesday night. Two more came earlier this month for a total of eight in the past 10 days.

The area near Fall City is vulnerable to a magnitude 7 earthquake, but nothing is imminent, according to Pacific Northwest Seismology Network Director Harold Tobin.

"I would not characterize it as part of a trend," Tobin said. "There have been a series of recent events. We see this from time to time across our whole region. Right now, it happens to be this spot near Fall City."

For Stone, her early morning shaker was a literal wake up call to make a disaster plan for her family.

"I feel like we need to talk about it now," she said. "We need to figure something out here."

You can help seismologists track earthquakes by reporting what you feel during an event through the USGS website.