Did Ted Bundy kill his first victim when he was 14? Police not ruling him out in Tacoma cold case

Ted Bundy confessed to murdering 30 women in the 1970s when he was about 30 years old, but it could have all started when he was a teenager in Tacoma. 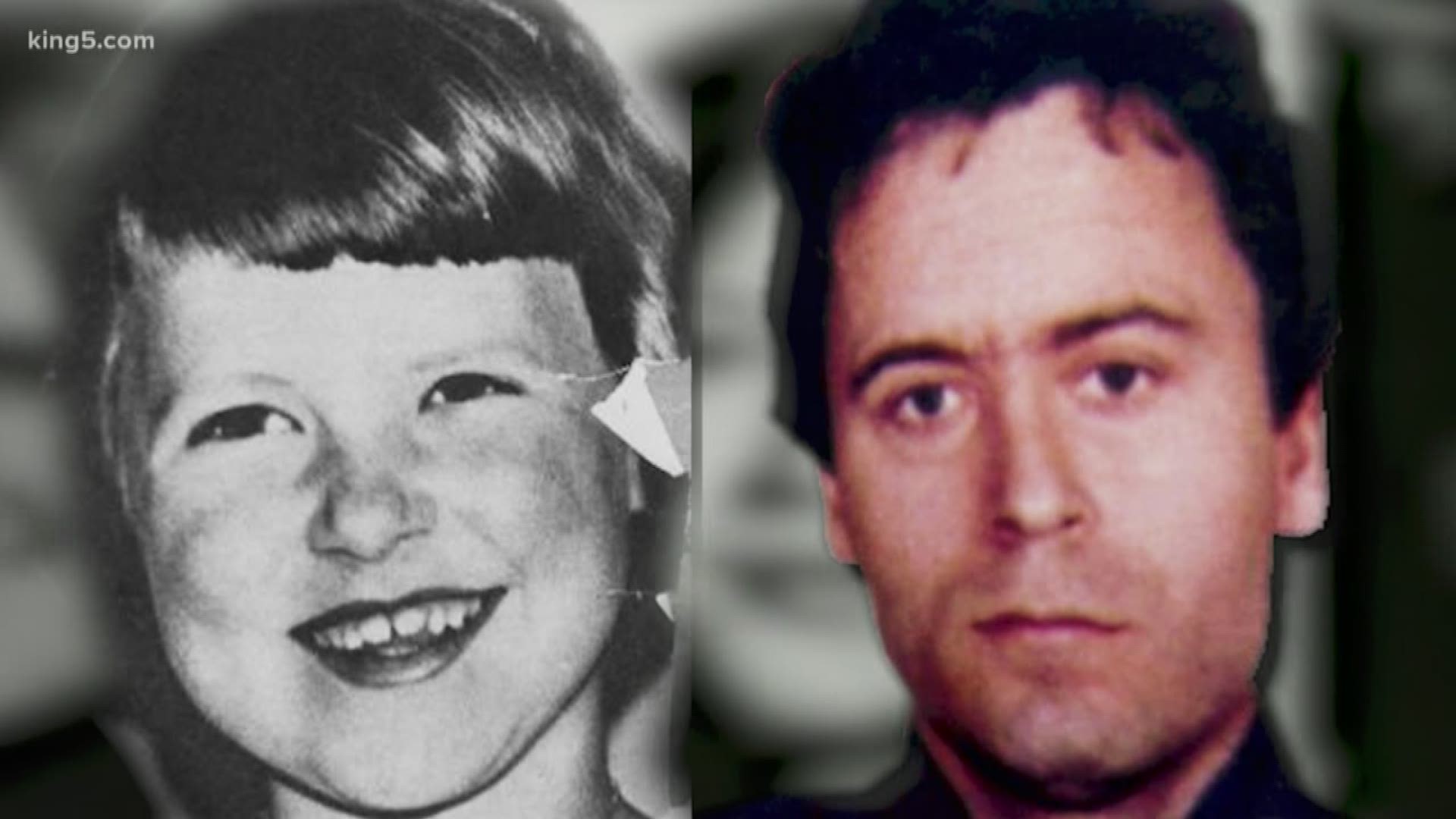 TACOMA, Wash. — Ted Bundy was executed in the electric chair in 1989 for murder. He admitted to killing 30 women between 1974 and 1978, although investigators believe there could be many more victims.

Tacoma police are working to figure out if Bundy killed his first victim when he was just 14 years old.

Ann Marie Burr, 8, disappeared on August 31, 1961, from her home near the University of Puget Sound in Tacoma. Ann’s mother, Beverly Burr, woke up early that morning to check on her four children and found Ann’s bed empty. Her bedroom showed no signs of a struggle.

“There was a living room window that had been opened, and outside a garden bench had been pulled up to the window,” explained true crime author Rebecca Morris.

Morris has been researching the link between Bundy and Burr since 2007. She wrote a book called "Ted and Ann: The Mystery of a Missing Child and her Neighbor Ted Bundy."

Ann’s mother went door to door around the neighborhood looking for her daughter, but no one had seen her. It quickly became a big investigation.

“One of the complications for the search was that their home was very close to the University of Puget Sound campus and there were seven buildings under construction that day, so there were all these construction sites,” Morris explained.

She said Ann’s father, Don Burr, and his brother searched the neighborhood for Ann and saw ditches at the university.

“[They] went back to the house and told the police, ‘You’ve got to go up there and look at those construction sites because there are all these ditches,' and in fact he and his brother had seen a teenager standing at one of the ditches kind of kicking the dirt in with his feet,” Morris said. “They waited a few days and by the time the police went to the campus, everything was paved over.”

“Evidence collected at the scene is limited due to the resources and methods of crime scene investigation during that era of law enforcement," Tacoma police told KING 5 in a statement.

But the limited evidence is not keeping authorities from trying to solve the case. Police said they have sent items of evidence to the lab that could solve this case.

“We periodically review all cold cases to determine if new technology and techniques in forensic science can be utilized,” the Tacoma Police Department explained.

Credit: Courtesy: Rebecca Morris
A map showing where Burr and Bundy lived in relation to each other.

Both Bundy and Burr grew up in Tacoma, just a couple miles apart. Bundy was 14 at the time of Ann’s disappearance. He had a paper route and frequently visited his uncle, who lived in the Burr's neighborhood.

“Ted was a paperboy in the neighborhood. He wasn’t the Burr’s paperboy, but he was a paperboy,” explained Morris. “I found a couple of people who said they did know each other and that Ann sometimes helped him get his newspapers."

Bundy’s teenage years were troubling. Sandi Holt said she grew up in Tacoma with both Bundy and Burr. She told KING 5 Bundy liked to tear animals apart and set them on fire.

“Horrible, there’s no other way to explain him,” Holt said. “To do that to somebody else. To take their pet and harm it in such a grotesque and painful way is just unconscionable.”

Bundy was also known as a peeping Tom when he was young.

“He would go by, if somebody had their laundry hanging out, he’d touch all the women’s garments as he walked by,” said Holt.

Holt claims to have had a terrifying encounter with Bundy too. She told KING 5 that he attacked her in their neighborhood when they were young.

“He came up behind me one day and grabbed my shirt up here on my shoulder and said, ‘Come on little sister. I want to show you something,'" Holt said. 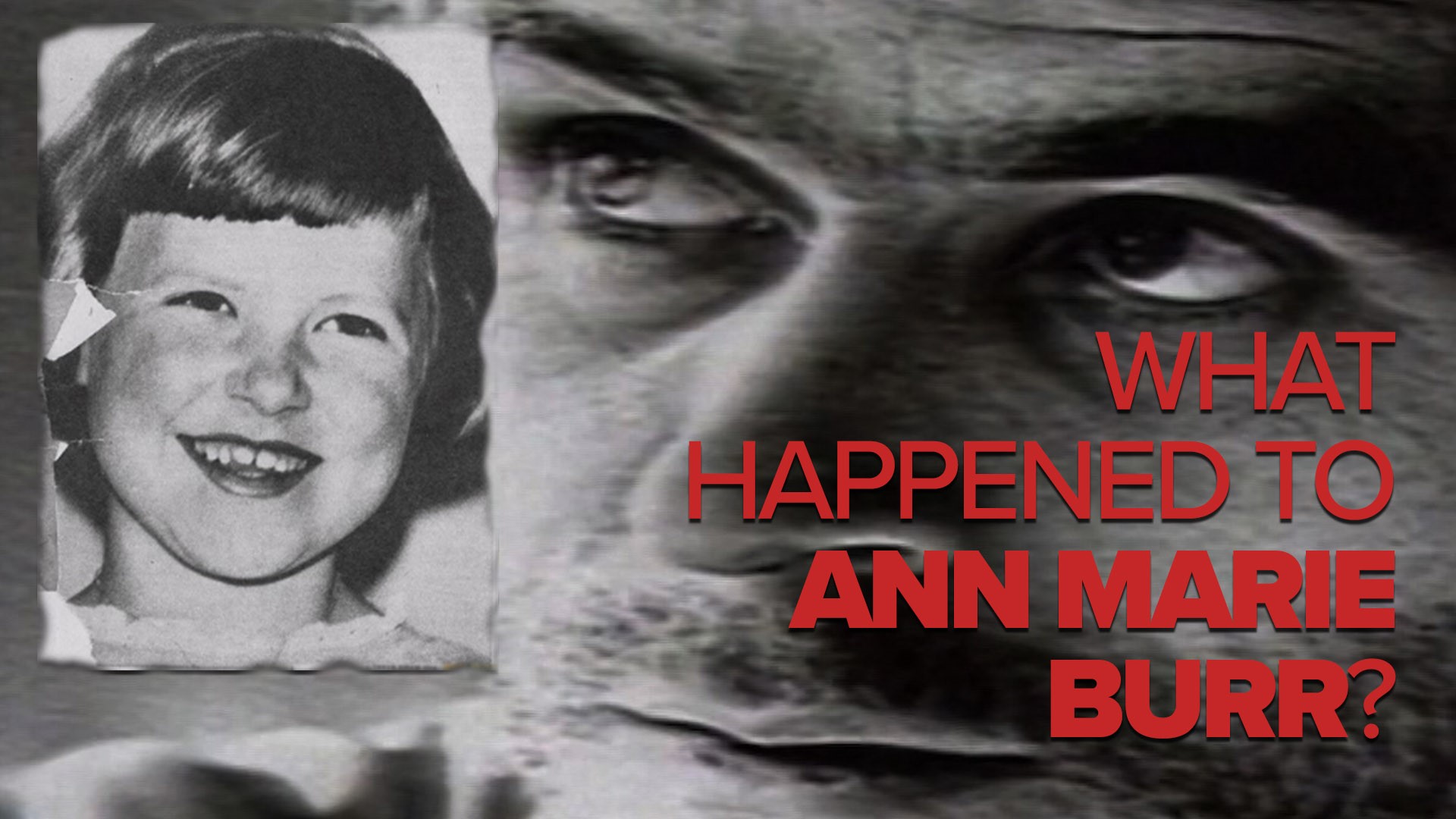 Holt said she did not want to go with him, but she said he insisted.

“He said, ‘Well you are going with me,’ and he grabbed my shoulder really hard and my brother saw him and came running halfway across the whole neighborhood, jumped on Ted’s back, knocked him onto the ground, and then got up on top of him and just pummeled him and said, 'You keep your hands off my sister,'” Holt said.

In the 1970s, Bundy began his spree of raping, torturing, and killing women in at least seven states, including Washington.

The first time he was caught was in Utah in August 1975. Bundy was convicted of attempted kidnapping and sentenced to 15 years in prison. He was extradited to Colorado to face charges there but escaped twice.

Bundy ended up in Tallahassee, Florida, in 1978. Within days, he snuck into a Florida State University sorority and killed two women and hurt two others.

Less than a month later, he kidnapped and murdered 12-year-old Kimberly Leach. Florida police arrested Bundy in a stolen car a week later. He was convicted and executed for killing the two sorority sisters and the 12-year-old.

Bundy started talking to reporters and serial killer researchers to confess some of his other crimes before his execution in 1989.

“In 1986, Ted had told the story about the hypothetical first crime of his… of murdering a child,” Morris explained. “He told a story about this early crime of taking a child out of her house, taking her to the orchard next door, and molesting her, and then leaving her in a ditch.”

Bundy had not been on the Tacoma Police Department’s radar for Burr’s disappearance until this came to light.

Credit: AP
FILE - In this June 27, 1979 file photo, accused murderer Ted Bundy stares out at the photographer during the second day of jury selection in his murder trial in Miami, Fla. (AP Photo/File)

Morris said, “Once Ted Bundy was on the radar because he’d been talking about killing a child, Bev Burr wrote to him and she begged him to tell her whatever he knew about Ann.”

She wrote, in part, “I feel your FIRST MURDER WAS OUR ANN MARIE BURR. The bench from the back yard was used to climb into the living room; the orchard next door was a dark setting for murder. What did you do with the tiny body? God can forgive you.”

Bundy replied to Bev Burr and denied having anything to do with Ann’s disappearance.

He wrote back, “At the time, I was a normal 14-year-old-boy. I did not wander the streets late at night. I did not steal cars. I had absolutely no desire to harm anyone. I was just an average kid.”

Morris said she doesn’t buy it.

“He said your first crime is very special and you don’t talk about it and you keep it close to you,” Morris explained.

Morris said she believes Bundy is responsible for Ann's disappearance.

“I think he did it, I do," Morris said. "I think it was Ted who crawled through that living room window. Nothing adds up like it does for Ted.”

Greg Burr, Ann’s brother, told KING 5 he thinks Bundy could have been responsible.

“I don’t need closure. My mom and dad are in heaven with her. That’s all I needed," he said.

Tacoma police said Bundy has not been ruled out as a suspect. However, several other people are also considered suspects.

If you have any information about Ann Marie Burr’s disappearance, please contact the Tacoma Police Department.