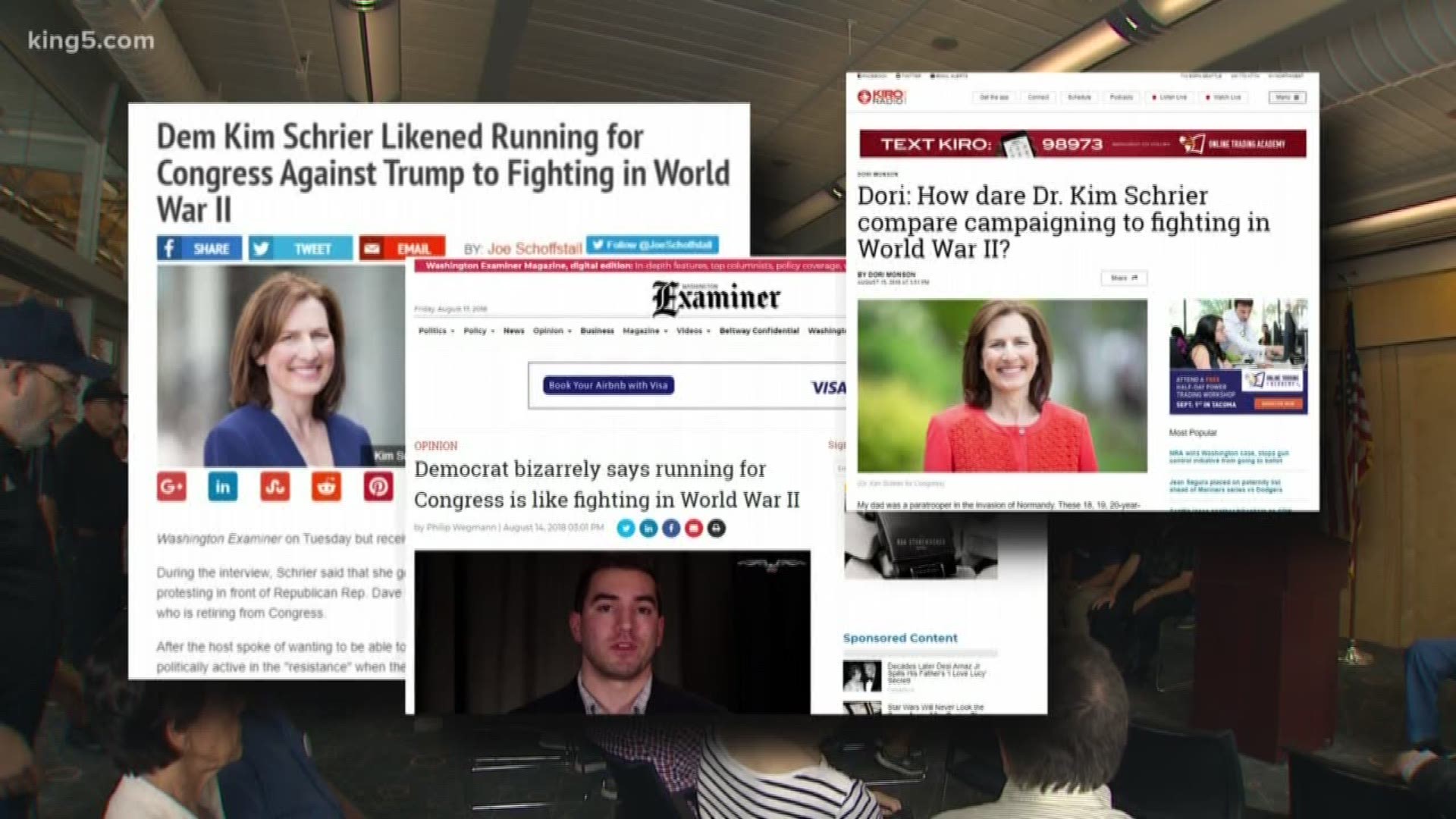 The claim comes after Schrier gave a wide-ranging interview about her campaign, which Republicans seized on Friday.

Heimlich was backed by a group of veterans, including one who claimed, “Kim Schrier apparently views Congress as a Nazi-fighting action film starring her.”

Schrier is expected to be a close race with Republican Dino Rossi for the 8th Congressional District, in a race that some pundits have viewed as a bellwether for the country. Already, this week, Democrats have been accused of playing loose with the facts on an Anti-Rossi ad.

The Democratic candidate’s comments came at the end of a lengthy interview, on the Washington State Indivisible Podcast and said in full:

"I think of this as one of those moments in history. I think back to the questions we ask our own parents. I asked my own parents, What were you doing during the civil rights movement, and I imagine things like what would have I done in World War II - and I always was left to think that I would be on the right side of history, and I would be bold enough to stand up and do the right thing and brave enough so I know my son Sam will ask me one day - hey Mom what did you do after Trump got elected - and this is my answer to him."

"This is the exact kind of negative politics that we'd expect from career politician Dino Rossi. Rossi is desperate coming off a primary in which he only won 43 percent of the vote. He knows he can't win on the issues and is trying to distract voters by attacking his opponent. But this attack doesn’t change the fact that voters want this election to focus on the real issues that keep them awake at night - like the skyrocketing cost of prescription drugs and whether or not a child with asthma will be covered by insurance.

"As a Jewish American whose grandparents fled an increasingly hostile Europe, Kim is deeply concerned by the rise of white nationalism and hate groups similar to those in Europe during the lead up to World War II. Kim made this comment after watching neo-Nazis march through the streets of Charlottesville, VA. When you see injustice and hate in the world, the right thing to do is to stand up against it."