Kristina Baskett graduated from Mount Rainier High School before heading to The University of Utah on a scholarship. Most recently, she spent time as a stunt double on the HBO show ‘Game of Thrones.’ 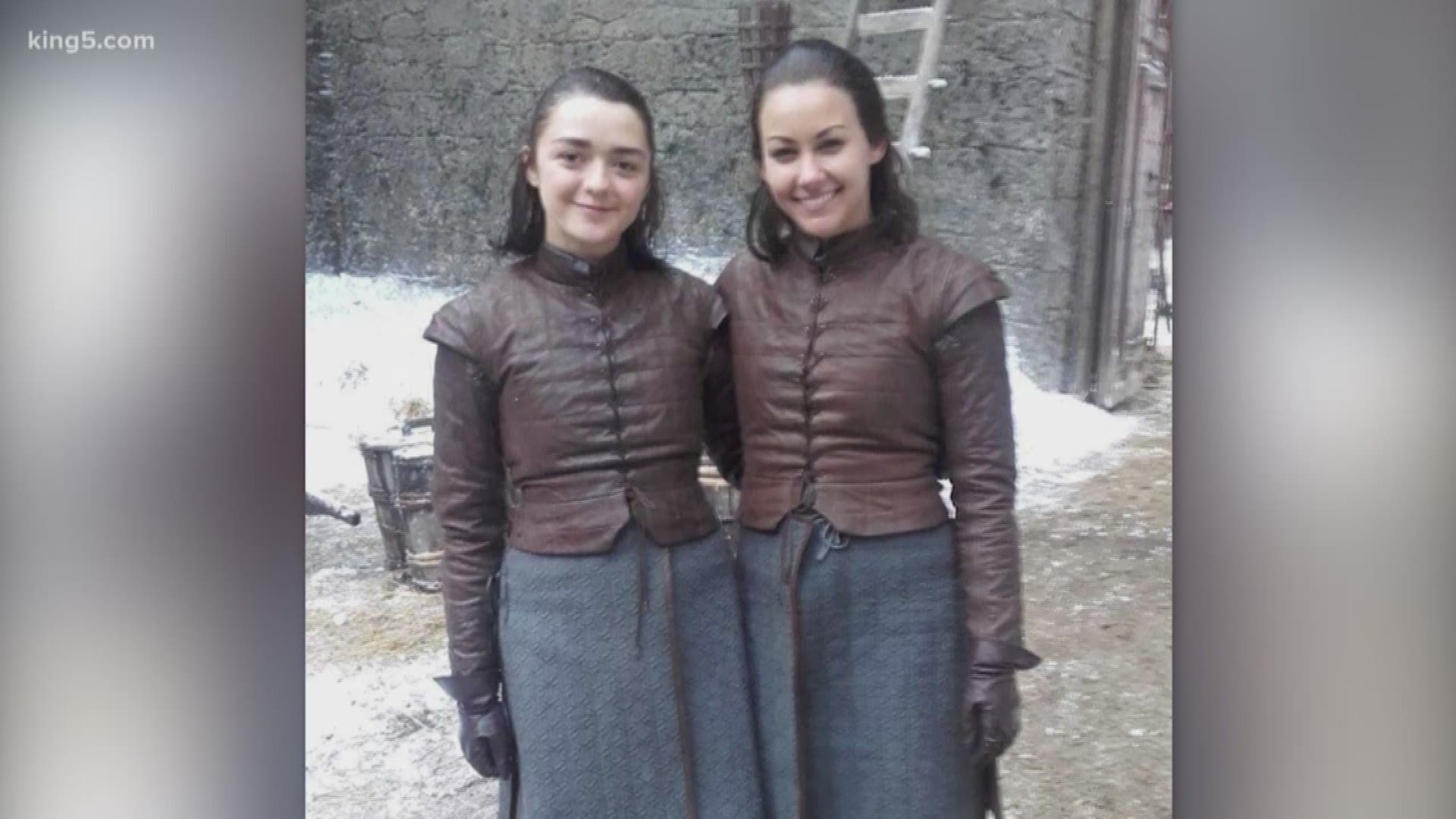 From the Pacific Northwest to Westeros.

A Seattle-area native worked on the popular HBO show “Game of Thrones.” Kristina Baskett appeared as a stunt double for Arya Stark, played by Maisie Williams, for the last few seasons.

But Baskett began her love of gymnastics as a child in the Northwest.

“I felt the most at home in a gym and with my gymnastics team,” she said. “It definitely was the center of my world as a girl.”

Baskett graduated from Mount Rainier High School before attending the University of Utah where her acrobatics only grew.

She planned to go into communications after graduation, but her life took a different turn. She spent some time performing with Cirque de Soleil in Las Vegas, before getting into stunt work for movies and TV.

Now, her stunt reel is a montage of flips, kicks, and rolls.

“It’s exciting,” Baskett told KING 5. “Definitely unconventional, but I love that I can kind of use my background in gymnastics, which I never expected I’d be able to do."

Now her resume includes credits in Agents of SHIELD, Divergent, Ender’s Game, and Into the Storm – among others.

Baskett currently lives in Phoenix, Arizona, but is based in Los Angeles. She spoke to KING 5 from Atlanta where she’s filming a new superhero project. Before that she spent months with the Game of Thrones crew filming the final season.

“Especially on a show like that, it’s fun to be in different styles of costumes and be in a different world,” she added. “You really feel immersed in the world, especially being on set and with all the city, the look, the set pieces, the costumes, even the smells. You really feel like you’re in a whole other world, which is fun.”

But Baskett said Maisie Williams’ performed her biggest stunt of the season so far herself during the Battle of Winterfell.

“I was there during this season for the big battle scene,” Baskett said. “I did a lot of the big battle stuff, fighting the White Walkers. But it was Maisie in the final scene. She’s very talented, so it was easy for us to put her in a wire and let her have that moment.”

As for whether we’ll see her in the series finale Sunday?

“I don’t know,” Baskett said with a smile.