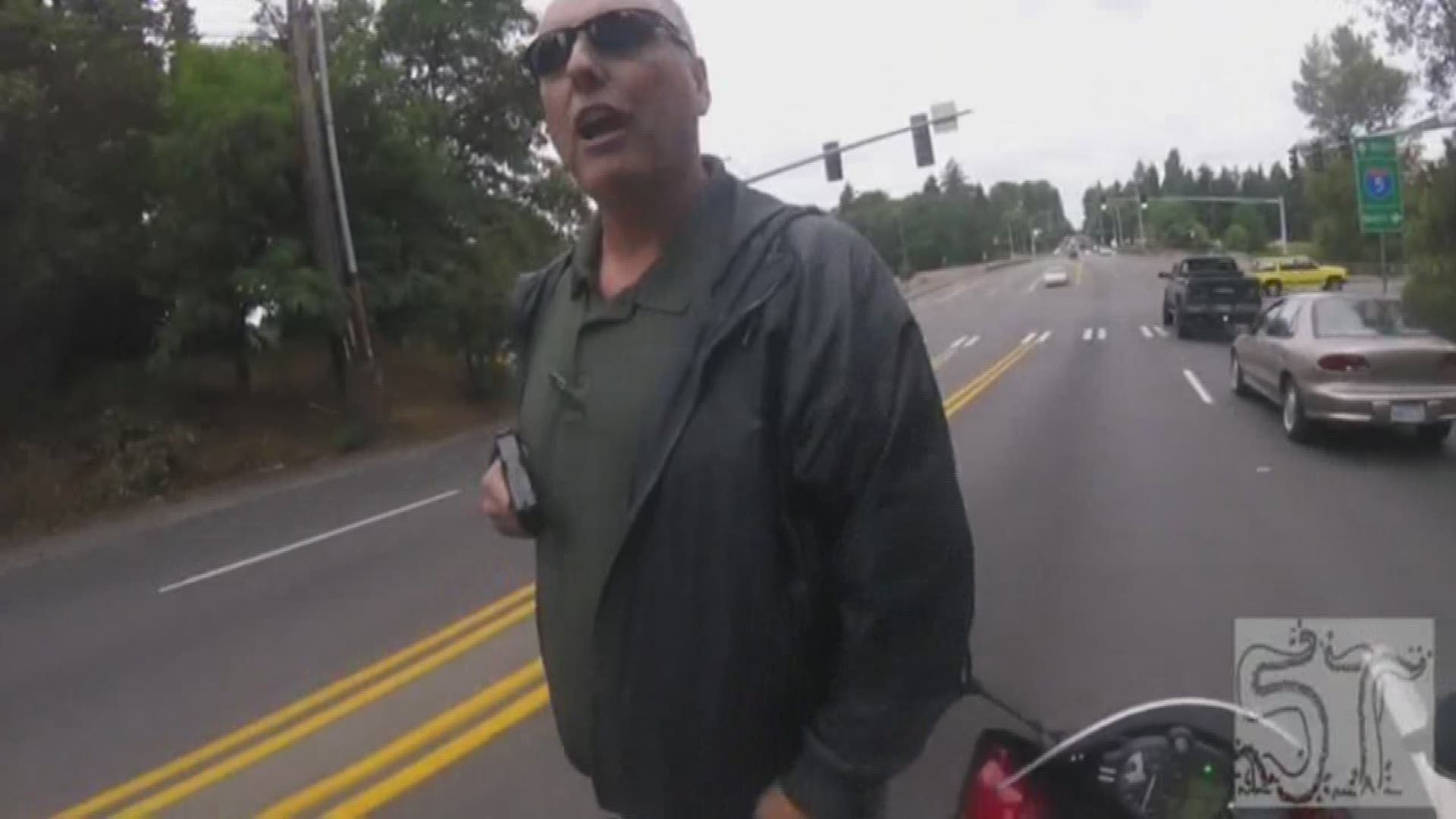 Editor’s note: When KING 5 initially shared the GoPro video in the traffic stop, we blurred the deputy’s face. Once he was formally placed on leave for misconduct, and we could confirm he was not an undercover officer, we decided to publish the video as it was shared with us by Alex Randall.

When a King County Sheriff's deputy pulled a gun on him two weeks ago for speeding, 31-year-old Alex Randall said the first thing that came to his mind was Philando Castile.

"Philando Castile is very much in my mind," said Randall. "I'm imagining him going for his I.D. the way the officer asked him to, and I'm not going to do that with a gun on me, period. That's just not going to happen. I'm not going to move; just hands up don't shoot."

A Minnesota police officer shot and killed Castile during a traffic stop last year. His girlfriend live-streamed the aftermath, and a jury eventually acquitted the officer of charges.

Randall's GoPro camera on the chin of his motorcycle helmet captured video of the heated interaction with the plain-clothes deputy. Footage shows Deputy Richard Rowe, 53, approaching the motorcyclist at the intersection of 145th and Fifth in Shoreline with his gun drawn, and he yells at Randall demanding his identification.

Randall admitted he was likely speeding on 145th just before the traffic stop, but he insisted he wasn't going 100 miles per hour, which Rowe accused him of. He estimated 45 to 50 m.p.h.

The plain-clothes deputy was in an unmarked car with flashing lights. Rowe didn't identify himself as an officer until more than 30 seconds after drawing his weapon on Randall. 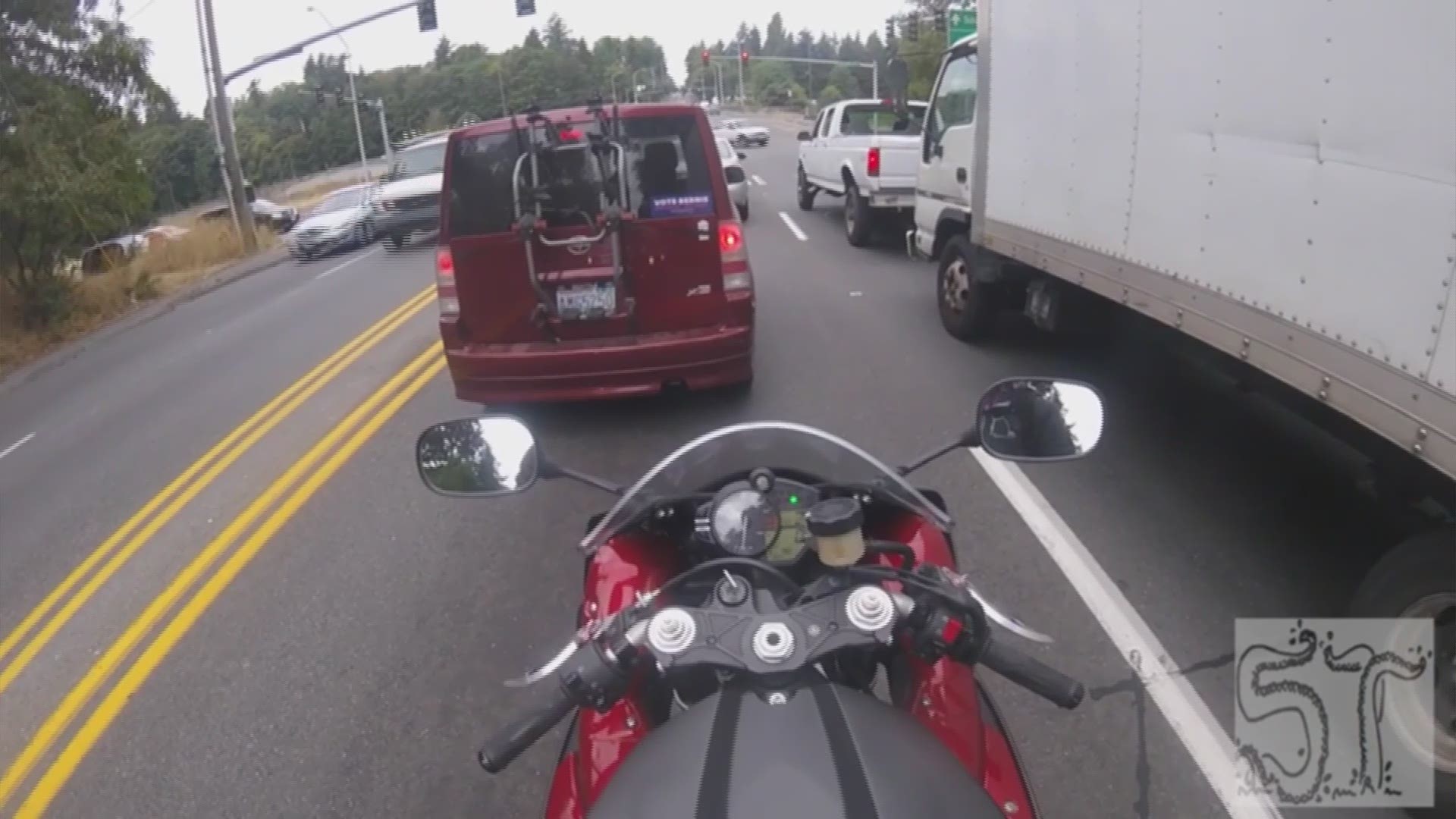 "Being someone who is skeptical of law enforcement, I see it as a justification of force," said Randall. "He's retroactively saying this is okay, why I did this, which I don't agree with. But I'm not going to have an ideological conversation with a law enforcement officer there."

Randall said the deputy did not issue him a citation.

Rowe is a detective with the Woodinville Police Department, which contracts with the King County Sheriff’s Office. He has been with the department for 19 years.

"From what I've seen, I don't approve of his actions, so what comes next is an investigation," said Sheriff John Urquhart.

Urquhart said he placed Rowe on leave and as of Tuesday had not spoken with him. The sheriff said Rowe was a hard worker with no disciplinary issues that Urquhart could recall.

Internal investigators have 180 days to review the case.