Ecologists have studied four kelp beds in South Puget Sound since 2013. Two of the four are now gone, causing concern from researchers. 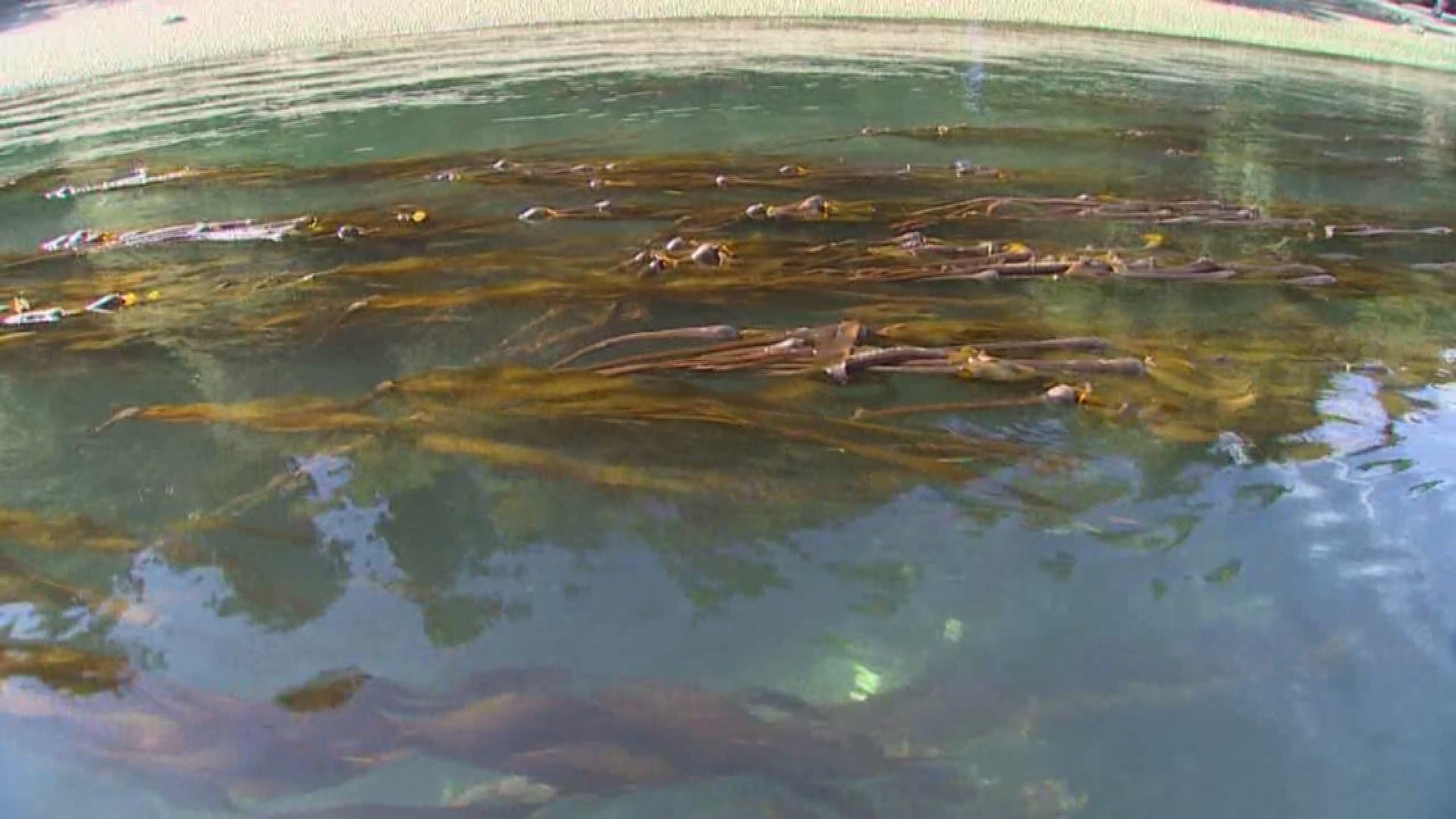 TACOMA, Wash. — A recent study of kelp beds in Puget Sound waters show some are declining at an alarming rate, which threatens a food source for salmon, and ultimately orcas.

Ecologists with the Washington State Department of Natural Resources (DNR) have been studying four locations of kelp south of Tacoma since 2013.

Ecologists compared populations of bull kelp near Salmon Beach in the Tacoma Narrows to kelp in Squaxin Island, which is the innermost bull kelp site in South Puget Sound. They found better conditions in the Tacoma Narrows area, which could be related to stronger currents and intense tidal mixing, according to the study's findings released by DNR.

Warmer waters from the so-called "Blob" and El Nino are cited for weakening the kelp population in the South Puget Sound region, according to DNR scientists.

Bull kelp is a vital food source for several species, including fish, birds, and orcas, so the losses in South Puget Sound in recent years are "a cause for concern," according to the study.

Franz got funding earlier this year to help with wildfires, but now she may have to make another effort to deal with the state's kelp.

"The smoke in the air got everybody paying attention. The more we can elevate this as a problem and how significant the problem is and how it relates to the survival of Chinook Salmon, our orcas, the more we're going to get investments," said Franz.

The state is expected to release a final report about the kelp findings by the end of this year, which could trigger help from federal agencies.