The state's attorney general hopes a change in power in Olympia could bring about major changes to state law. 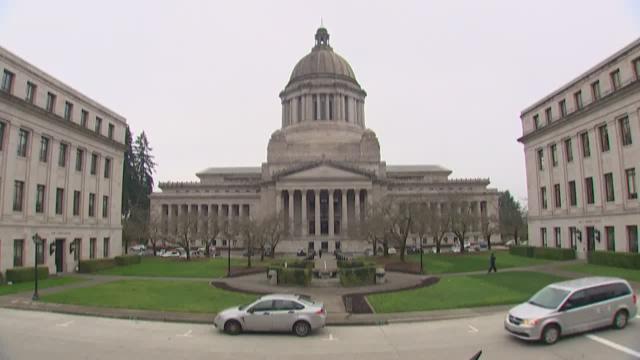 Washington's Attorney General hopes a new balance of power in Olympia will give some of his longtime bill requests new life.

Legislators return to Olympia January 8 and for the first time since Ferguson, a Democrat, took office in 2013, both the Senate and House are under Democratic control.

Ferguson said he has sponsors for bills to ban the sale of assault weapons.

In case there's not enough support for a ban, Ferguson said he is willing to look at new restrictions on the weapons.

He wants to limit assault weapon magazines to ten rounds and supports raising the purchase age from 18 to 21, the same standard for handgun purchases.

“A teenager can walk into Cabela's, get an assault weapon and walk out with it. That makes no damn sense,” said Ferguson.

He is also supporting the move to raise the tobacco purchase price from 18 to 21.

It's the fourth straight year he's publicly supported that bill, which some critics have questioned because of the potential loss in tax revenue for the state.

“I'm not sure we should be balancing the budget on the backs of teenagers addicted to nicotine,” said Ferguson.

Abolishing the death penalty is another issue Ferguson has requested before.

He said he believes there is enough support to pass that bill this upcoming session.

Ferguson said he wants new laws to combat what he called the opioid “epidemic.”

He supports a bill requiring doctors to check a database to determine if a patient has already been prescribed opioids, and he wants to limit prescriptions to seven days for most patients.

"You get your wisdom teeth pulled," said Ferguson. "Do you really need a 30-day supply of opioids for that? No."