One person was killed when an apartment in SeaTac caught fire early Saturday morning. 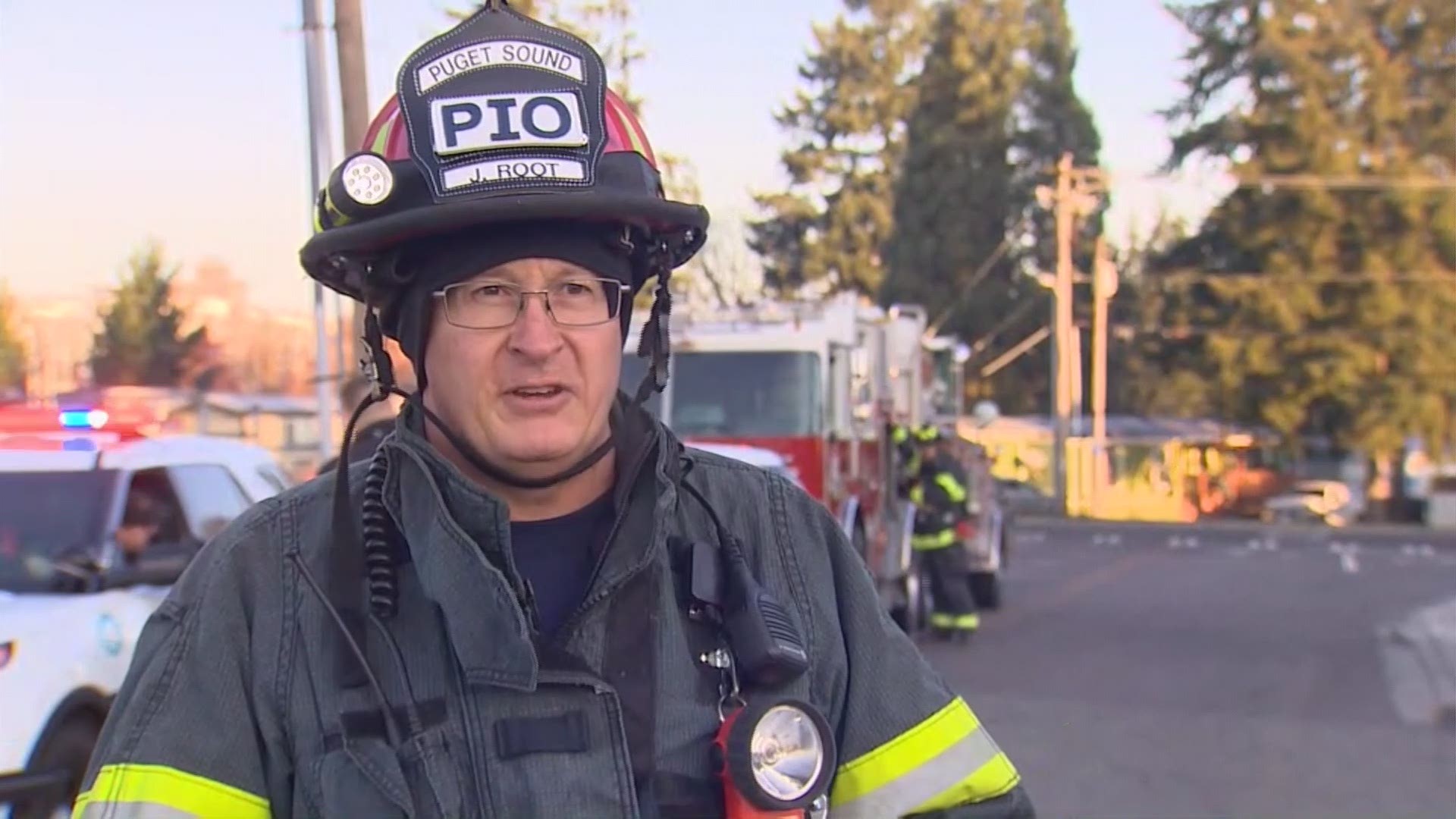 SEATAC, Wash — One person was killed after an apartment caught fire in SeaTac Saturday morning.

Firefighters were called to a 10-unit building on the 20000 block of 30 Ave S around 6:20 a.m. When crews arrived, they found smoke and flames coming from an apartment on the second floor of the building.

Puget Sound Fire Captain Joe Root said the victim was found under debris that fell from the ceiling. The cause of the fire and the identity of the victim are currently unknown.

Three of the units in the apartment complex were vacant.