Wrong-way driver arrested for DUI after deadly crash near Marysville

The wrong-way driver who caused a deadly collision on I-5 near Marysville was arrested for DUI. 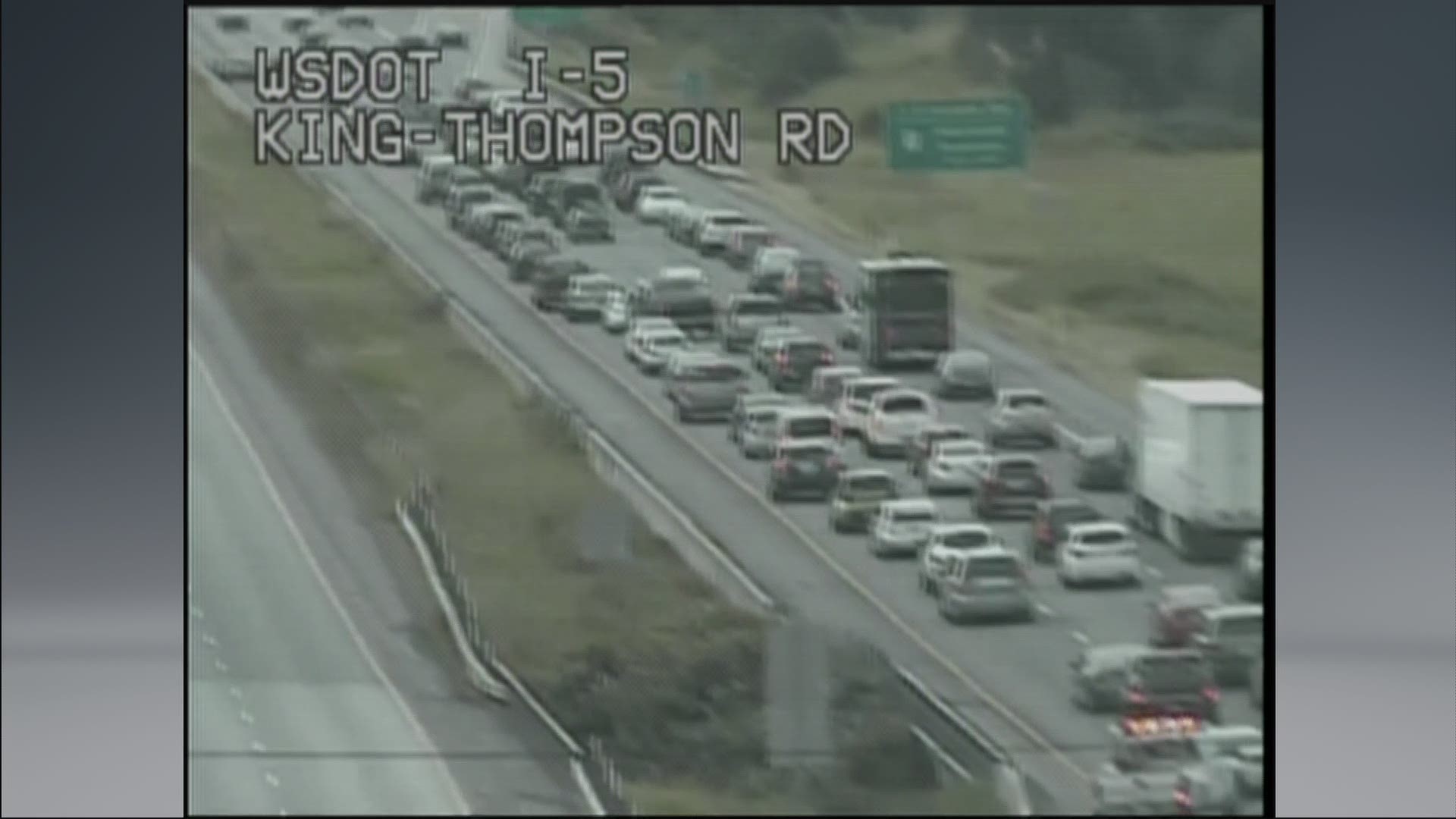 A 56-year-old man was arrested for DUI after a deadly crash closed the southbound lanes of I-5 near Marysville on Sunday.

The crash happened just south of Highway 530 around 4 p.m.

According to the Washington State Patrol, the man was driving a 1991 Ford Explorer northbound in the southbound lanes when he hit a 1997 Toyota Corolla. The head-on crash caused the Corolla to rollover and land on the cable barrier. A passenger in the Corolla, 28-year-old Miriam Robinson, was killed in the crash.

Three other vehicles involved were hit with debris from the collision.

The 56-year-old driver could face charges of Vehicular Homicide.

All lanes of southbound I-5 opened back up to traffic before 8 p.m.

Wrong way fatality update 1 of 2: There are 4 separate collisions caused by wrong way driver. The 4th is the fatality collision just north of HWY 530 on SB I-5. The causing driver is under arrest for DUI. This is a Vehiclular Homicide Investigation. TS

Wrong way fatality update 2 of 2: South bound I-5 just north of HWY 530 remains closed during the investigation. Traffic is being detoured to HWY 530. Unknown ETA for I-5 to open back up yet. Please be patient while we process this tragic collision scene. TS